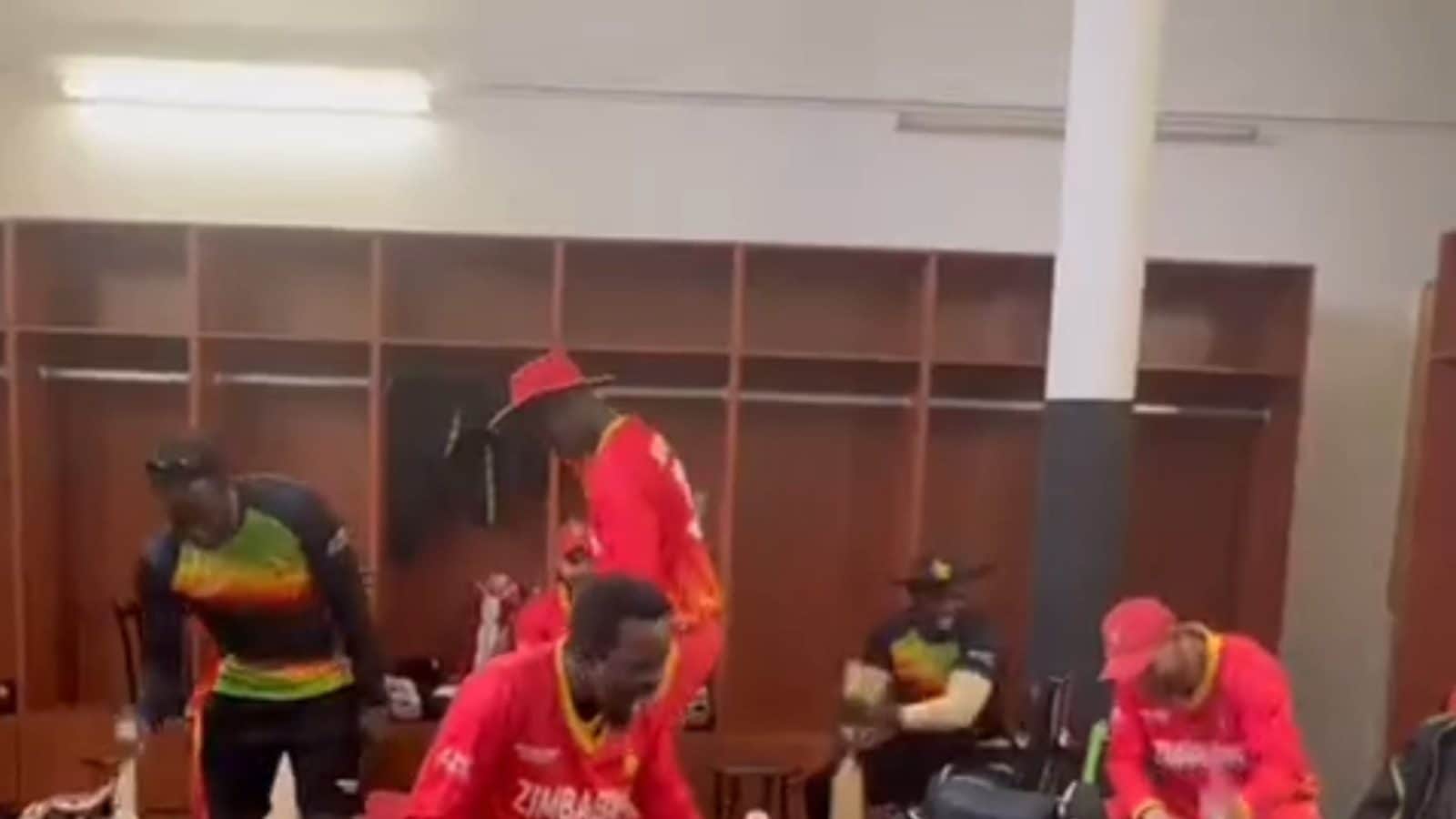 Zimbabwe managed to seal one of the last two spots at the ICC T20 World Cup in Australia which will begin in October 2022. Zimbabwe, who were one of the good, if not better, teams in early 2000, had been struggling to survive thanks to inept administration and corruption in its own cricket board.

They had to play a qualifier to seal the deal or else they would have been knocked out and could have missed another ICC tournament in a space of three years. Let’s not forget that Zimbabwe failed to qualify in 2019 ICC Cricket World Cup in England.

Meanwhile in a video which is posted by Zimbabwe Cricket on their social media accounts, the team can be seen celebrating this win in a unique style, by tapping their bats in unison. This was followed by the scream of joy. Watch the video.

#ICYMI: The lads celebrating after clinching a place at the ICC Men’s T20 World Cup 🏏 pic.twitter.com/ZoRQe57cz3

Winning the toss and opting to bat, Zimbabwe clicked with six batsman led by Wesley Madhevere scoring at least 22 runs.

Madhevere top scored with 42, including five fours, and added 63 runs for the second wicket with captain Craig Ervine.

Papua New Guinea, who scraped into the semi-finals on net run rate after winning only one of three group matches, were close to matching the Zimbabwe run rate for much of the innings with Tony Ura starring.

But when Ura fell off the final ball of the 14th, after notching 66, including five sixes and four fours off 35 balls, the island nation lost momentum.

Blessing Muzarabani was the most succesful Zimbabwe bowler, taking two wickets at the expense of 24 runs in four overs.

Zimbabwe, who appointed former star batsman Dave Houghton as coach just before the tournament, will be making a fifth appearance at the T20 finals.