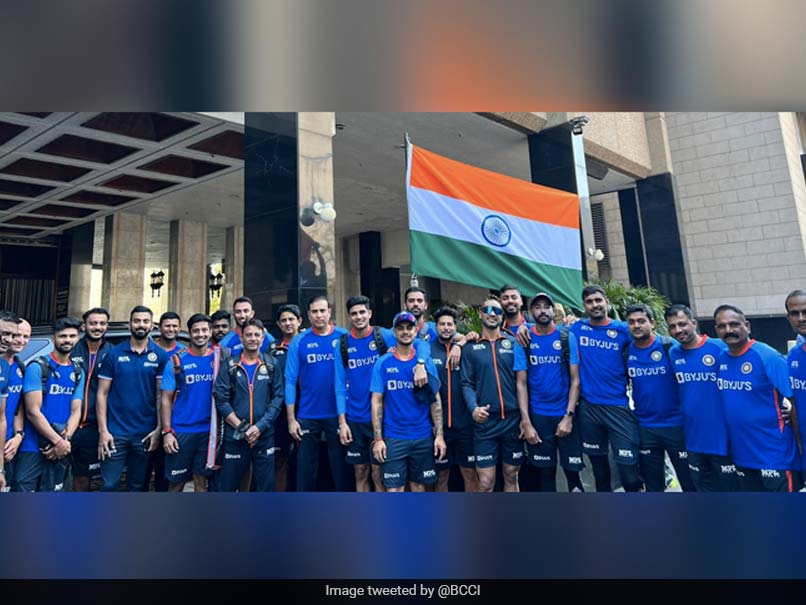 The Indian team celebrated Independence Day in Zimbabwe. The Board of Control for Cricket in India (BCCI) shared a picture of the players standing in front of the tricolour. Notably, India are set to play a three-match ODI series against Zimbabwe, starting August 18 at the Harare Sports Club. While a fit-again KL Rahul will be leading the Indian team in the series, Shikhar Dhawan has been named his deputy for the matches. On the other hand, VVS Laxman has been appointed as the acting head coach for the tour as the upcoming Asia Cup gives very less turnaround time.

Team India will face Zimbabwe on the back of a 4-1 T20I series win over West Indies. The KL Rahul-led side took to the ground in Zimbabwe for their first practice session on Monday. In the pictures shared by the BCCI on Twitter, players like Deepak Chahar, Mohammed Siraj, Shubman Gill and Ruturaj Gaikwad, were seen practicing on the ground.

Earlier, Shikhar Dhawan was chosen to lead the side, but once KL Rahul was deemed fit, the right-handed batter was made the captain.

The second and third ODIs take place on August 20 and 22. After the ongoing tour, the Indian team will go to United Arab Emirates for the Asia Cup 2022 that starts on August 27 in the gulf nation. India will be taking on their arch-rivals Pakistan in their opening game on August 28.