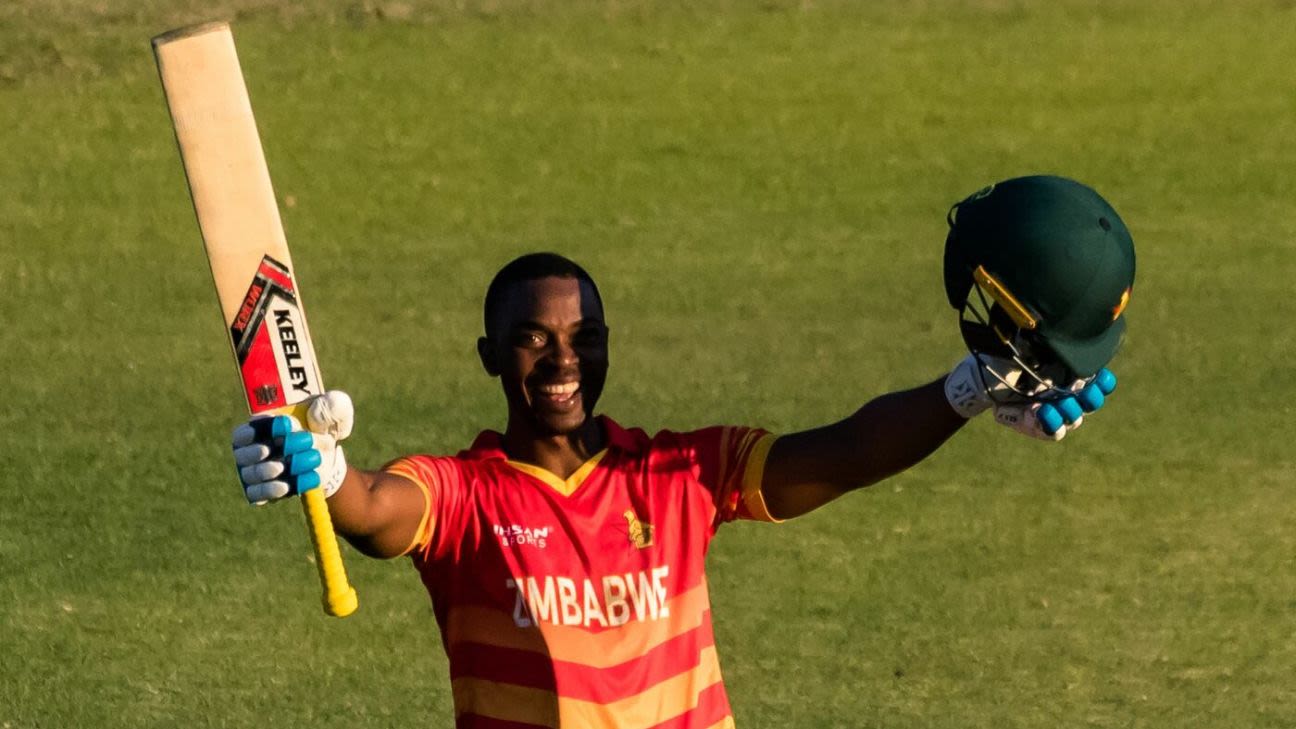 Regis Chakabva, Zimbabwe’s wicketkeeper-batter, will continue to lead the side against India in the upcoming ODI series, with regular captain Craig Ervine still nursing a left hamstring injury.
Zimbabwe, who announced their 17-member squad against India on Thursday, will also be without left-arm spinner Wellington Masakadza, who is sidelined due to a shoulder tendon injury. Fast bowlers Blessing Muzarabani and Tendai Chatara, who missed the T20I and ODI series against Bangladesh with a thigh muscle tear, and collarbone fracture, respectively, continue to remain unavailable.
Chakabva, who made his Zimbabwe debut in 2008, led the side for the first time against Bangladesh in the recently-concluded ODI series, which Zimbabwe won 2-1. He also hit a match-winning 102 in the second ODI to help the hosts clinch the series. Senior allrounder Sikandar Raza, who captained the team in the third and final ODI against Bangladesh after Chakabva missed the game due to a hand sprain, was adjudged the Man of the Series for his 252 runs and five wickets.

The three-match series against India is scheduled to begin on August 18 in Harare and is a part of the ODI World Cup Super League.