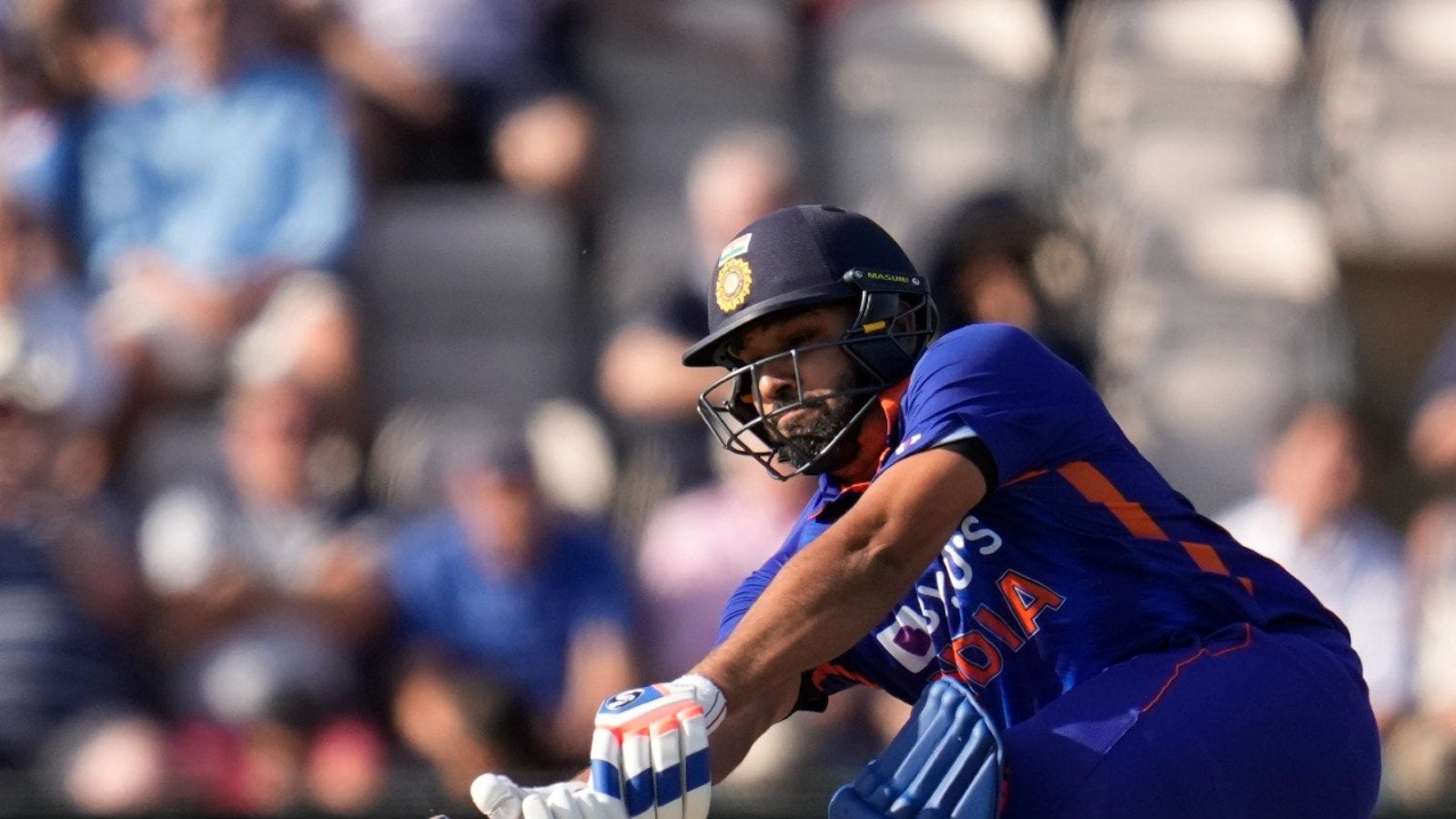 India skipper Rohit Sharma’s return to form following his below-par showing in the T20I series against England was as much the talking point in the first ODI against the hosts as Jaspit Bumrah’s six-wicket haul.

But what also caught the attention of the spectators and commentators alike was a massive six from Sharma, which landed in the stands and injured a young spectator, who received immediate medical attention and recovered quickly.
Sharma returned to form with a brilliant unbeaten 76 in the first ODI against England as he and Shikhar Dhawan stitched together a 114-run partnership to guide India to a 10-wicket win against the Jos Buttler-led side.

Rohit Sharma said that he made the right call at the toss and his bowlers managed to exploit the opposition with some swing on offer#INDvENG https://t.co/C8FxEKOH3r

Sharma clobbered five maximums and seven boundaries as the visitors completed the chase of 110 runs in just 18.4 overs.However, as India went about decimating the opposition bowling, play was halted briefly in the fifth over after Sharma’s six off left-arm pace bowler David Willey struck a young girl, who looked in visible discomfort.

As play was halted for a while to check on the well-being of the girl, cameras zoomed in on the injured spectator, with commentators Ravi Shastri and former English captain Michael Atherton confirming someone was indeed hurt.
“It seems someone in the crowd may have gotten hit by this six from Rohit Sharma. Fingers crossed… nobody is hurt,” said Atherton.

“Yes, looks that way. The way Rohit is looking towards that area, he might have got the message it’s probably hit someone,” Shastri added.The spectator’s well-being taken care of, action resumed with Sharma completing the unfinished task in 58 deliveries and getting able support from Dhawan, who scored an unbeaten 31 off 54.