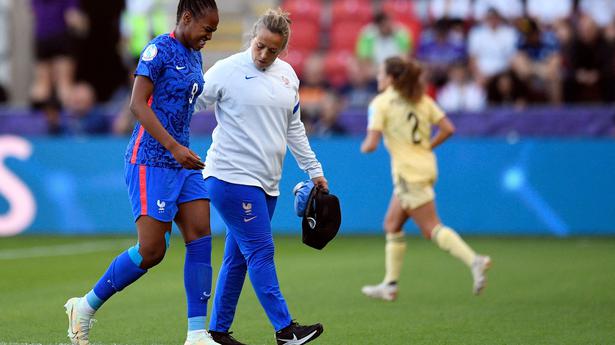 France suffered a blow as key forward Marie-Antoinette Katoto was ruled out of the Women’s European Championship on Friday after suffering a knee injury in their 2-1 win over Belgium.

Katoto went off injured in the 17th minute of Thursday’s match, with coach Corinne Diacre saying after the game that she had sprained her knee.

The French football federation said scans carried out on Friday confirmed a sprain in her right knee and damage to the anterior cruciate ligament (ACL).

The 23-year-old has scored 26 goals in 32 appearances for France, including a goal in their 5-1 win over Italy in its opening match of this year’s Euros.

She was voted the best player in the French first division last season.

The French are top of Group D with six points following wins over Belgium and Italy, and have advanced to the quarter-finals alongside England and Germany.