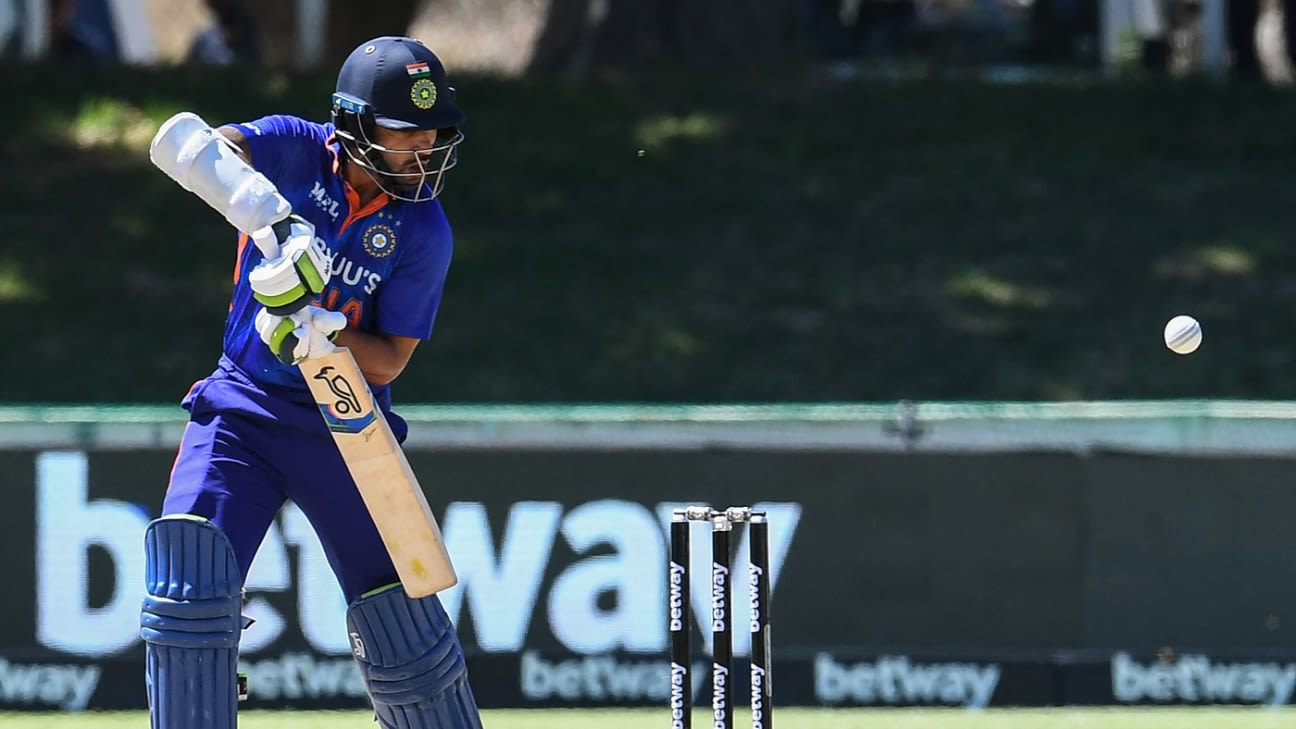 Shikhar Dhawan has been given another chance to lead India’s ODI side, this time on the tour of the Caribbean later this month, with Ravindra Jadeja serving as his deputy in the 16-man squad. Designated captain Rohit Sharma, Virat Kohli, Hardik Pandya, Jasprit Bumrah, Rishabh Pant and Mohammed Shami have all been rested for the three-match series, while KL Rahul, who recently underwent surgery for a sports hernia, was not considered for selection.
Shubman Gill makes his ODI comeback after the tour of Australia in December 2020, while Sanju Samson is back after a year, having played his lone ODI so far in Sri Lanka last July. Samson and Ishan Kishan are the two wicketkeepers in the squad.
Ruturaj Gaikwad, Avesh Khan and Deepak Hooda, who were all left out of the ODI squad in England, have been included. While opener Gaikwad and fast bowler Avesh are uncapped in the format, Hooda is two matches old in ODIs, having made his debut against West Indies this February.

All three players have established themselves as key members of their respective IPL franchises. Gaikwad was the Orange Cap holder for scoring the most runs in IPL 2021 for champions Chennai Super Kings, while Avesh and Hooda are coming off impressive seasons for IPL debutants Lucknow Super Giants this year. More recently, Hooda made his maiden T20I century on the tour of Ireland late last month.

Gaikwad, in particilar, has been prolific in 50-overs cricket, having hit 603 runs in five innings for Maharashtra during the domestic 50-overs Vijay Hazare Trophy in December last year. He hit four centuries then, the joint-highest in a single edition of the tournament. He struck those runs at a strike rate of 112.94.

Largely seen as a one-format player now, Dhawan will lead India in a series only for the second time. Last July, he led a second-string squad on the white-ball tour of Sri Lanka, even as the regulars were in England for the WTC final against New Zealand as well as the Test series against England that followed.

Like Rahul, Deepak Chahar and Kuldeep Yadav were also not considered for selection, with both of them recovering from injuries. Washington Sundar, meanwhile, is in the final stages of his rehab, following which he will fly out to England for a short county stint with Lancashire.

India’s tour of the Caribbean begins with the ODIs in Trinidad from July 22. They will also play five T20Is, across Trinidad, St Kitts & Nevis and Florida (USA), before the tour ends on August 7.