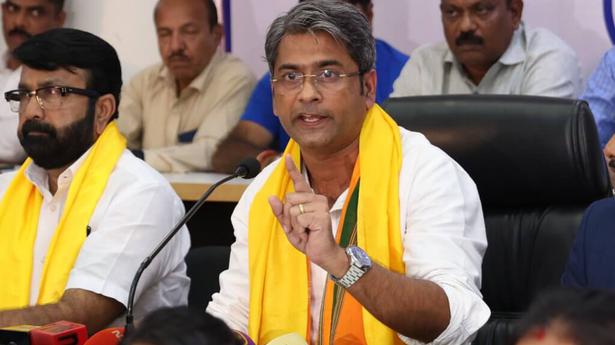 Kalyan Chaubey beat Bhaichung Bhutia 33-1 to become the president of the All India Football Federation on Friday. The former Indian National team goalkeeper succeeded Praful Patel for the post and became the first former footballer to hold the top spot in the sports body.

Here is everything you need to know about the new AIFF president:

2. Kalyan Chaubey is a Tata Football Academy graduate. He graduated in the second batch of TFA, in 1995 and was batchmates with former India captain Renedy Singh.

4. He was part of the senior Indian national team for seven years – between 1999 to 2006 – and won the SAFF Championship thrice. Kalyan Chaubey (left) in action in the 26th Federation Cup Football tournament at the Sree Kanteerava stadium in Bangalore on November 24, 2004.
| Photo Credit: The Hindu 10. In 2015, Chaubey joined Bhartiya Janta Party and contested the Lok Sabha elections from the Krishnanagar constituency in 2019. He lost to Mohua Moitra of All India Trinamool Congress.