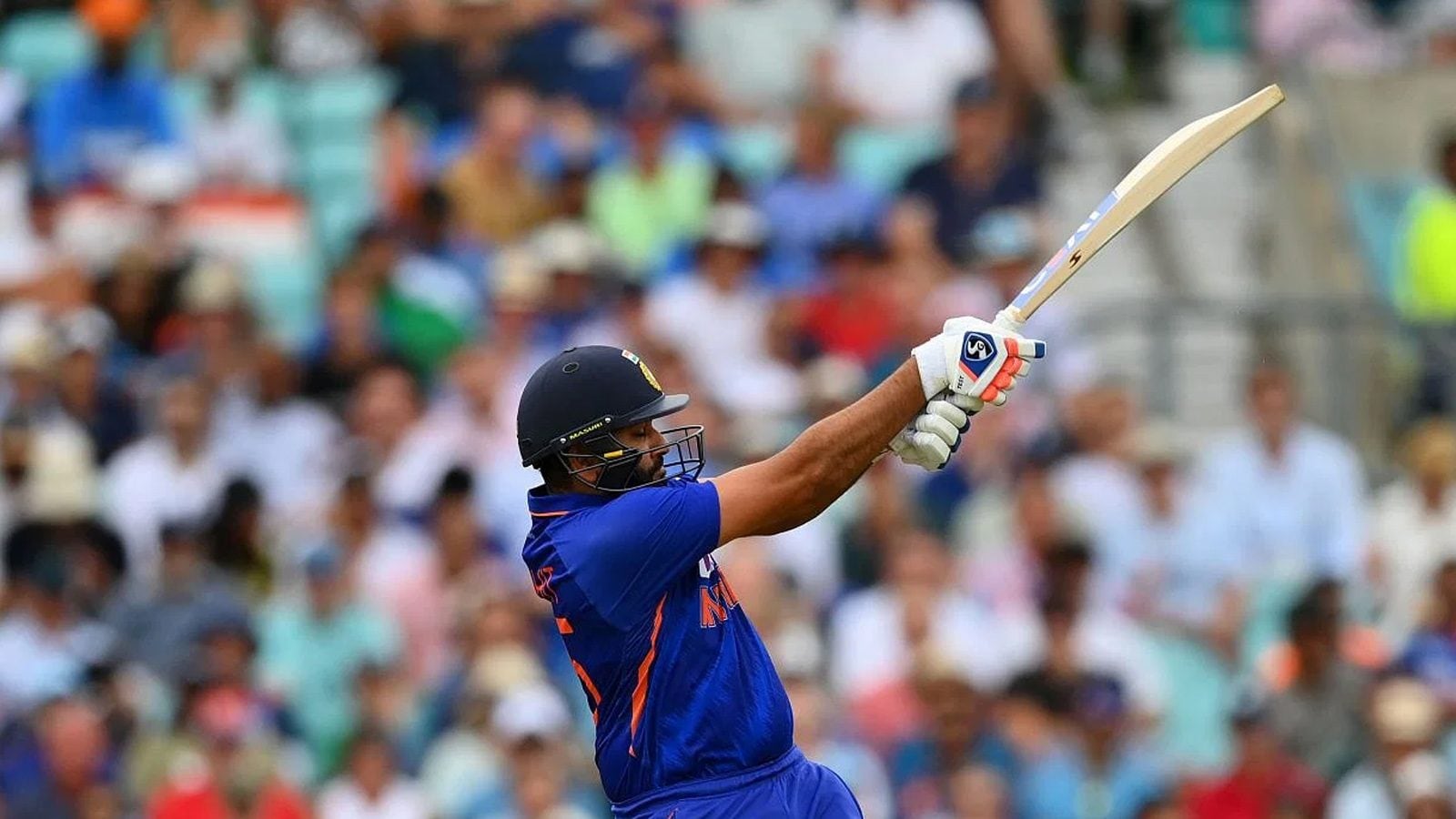 After Jasprit Bumrah’s fiery spell of 6-19, backed by 3-31 from Mohammed Shami and 1-26 from Prasidh Krishna skittled out England for just 110 in 25.2 overs, it was the turn of India skipper Rohit Sharma and his long-time opening partner Shikhar Dhawan to chase the target without losing a single wicket.

Despite India’s pacers showing that there was ample help from the pitch for them, England’s fast bowlers never seemed to use that intel to their advantage and were consistently bowling short balls to Sharma, which resulted in him getting all of his five sixes and four out of seven boundaries through pulls and hooks over fine leg, square leg and long leg.

Sharma getting boundaries easily through his bread-and-butter shots and amassing nine boundaries from fine leg to mid-wicket arc prompted former England skipper Nasser Hussain to question the hosts’ bowling plans to the Indian skipper in the 10-wicket loss in the first ODI at The Oval on Tuesday.

ALSO READ: Jazzball Blows Over Bazzball: How 6 Balls From Jasprit Bumrah Bamboozled England At The Oval

“I know England were chasing this game but they bowled drive balls that Dhawan could have hit for four with his eyes closed and short balls to Rohit that he could hit for six with his eyes closed. I’d like to know which analyst said bowling short to Rohit is the way to go. You just do not bowl short to him no matter how big the boundaries are. I could not understand that and they got it wrong,” said Hussain after the match.

Hussain further posed queries to England over who will be their fast-bowling spearheads with the ball in white-ball cricket, especially with the Men’s T20 World Cup scheduled to happen in Australia in October-November, followed by the ODI World Cup in India next year.

“With the ball, players like Jofra Archer, Mark Wood and Chris Woakes are not there at the moment. Also, who is going to do the Liam Plunkett role? I think with Adil Rashid and Moeen Ali that they still have two excellent spinners but in the seam department they are very quickly going to have to work out who are going to be their most valuable and fit seamers in Australia to win them games (in the T20 World Cup later this year).”

“It doesn’t have to be express pace, either. Josh Hazlewood has been one of the best T20 bowlers of late. He is not always 90mph but he bowls a heavy length that hits the splice of the bat. So keep an eye on Woakes and Richard Gleeson. It’s about saying to the batter ‘you are going to have to produce something special to get me away’.”

Hussain refused to be highly critical of England’s batting, crediting India for dismissing the hosts for a paltry 110. “I don’t think you can be overly critical of England’s batters. Sometimes you just have to say that it’s wonderful bowling. It was hard work but it is supposed to be hard work. It is the highest level and is not supposed be a walk in the park for batters all the time.

“Tuesday was a day to be a bowler and England’s batters were found wanting — but it is absolutely not the time to panic in any way at all. I wouldn’t be panicking about the batting line-up. I know that is an odd thing to say after 110 all out but they have a lot of batting that will get them runs in T20s and ODIs, so many options.”