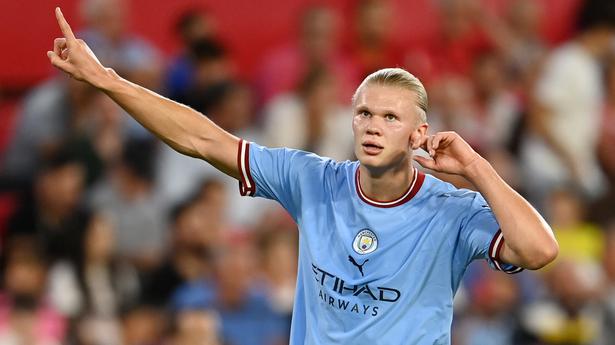 Norwegian goal machine Erling Haaland has taken to life at Manchester City with comfort. With blistering performances in the Premier League, the 22-year-old has helped his team accumulate wins and has personally registered an number of impressive records to his name.

In the Champions League, Haaland scored on debut for Man City against Sevilla, adding to an impressive tally of goals in a little over a month with the club.

Here are the records Haaland has broken since his move to Man City:

Haaland holds the record for the most goals in a player’s first 5 appearances in the following competitions:
Premier League (9 goals) 🥇
Bundesliga (8 goals) 🥇
His 8 goals in his first 5 Champions League appearances is bettered only by Sébastien Haller (9).

Haaland is the first player in Premier League history to score nine goals in his first five games in the competition.

Haaland has scored 10 goals in his first six Premier League appearances for Manchester City, the joint-fastest a player has reached 10 goals in the competition’s history, alongside Mick Quinn back in December 1992.

With inputs from Opta