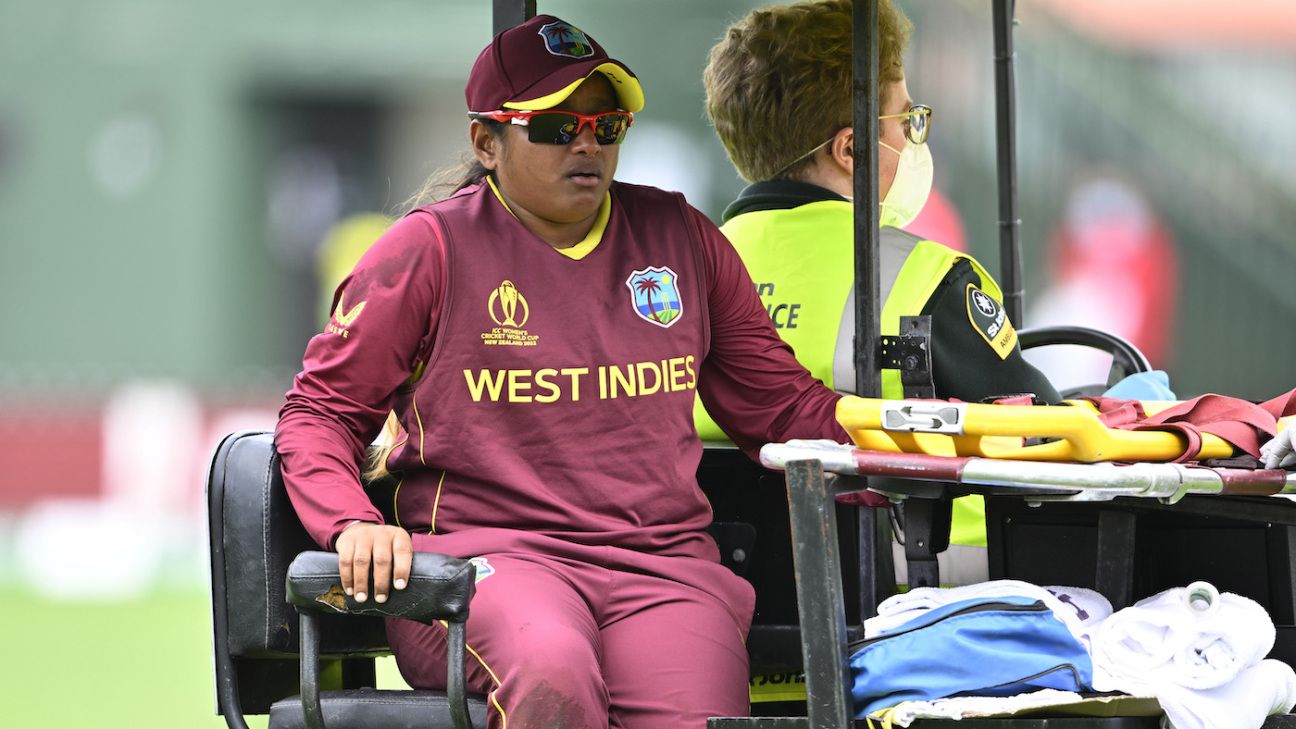 Anisa Mohammed, the West Indies vice-captain, has been granted leave from international cricket for a period of six months. “Mohammed requested to take a break from the game with immediate effect, after a hectic year of cricket both home and away,” said a CWI statement, adding that the board had given Mohammed its “full support”.

Offspinner Mohammed, just a few days away from her 34th birthday, hasn’t played a T20I since West Indies’ series at home against South Africa in September last year, but has turned out in 14 ODIs in the past 12 months. The last of them was in March this year at the 50-over World Cup in the semi-final against eventual champions Australia in Hamilton. It didn’t end well for Mohammed on that occasion, as she pulled up with a hamstring injury while fielding and had to be driven from the field.

Mohammed, the highest wicket-taker in women’s T20Is with 125 strikes in 117 games – to go with 180 wickets in 141 ODIs – has been a part of the action at the ongoing Women’s CPL 2022, where she returned 1 for 9 in two overs in her only bowling innings, against Barbados Royals. Their second game, against Guyana Amazon Warriors, had to be called off because of rain, but Mohammed could be in the fray in the final, where Knight Riders will meet the winners of the Royals vs Amazon Warriors contest.
Prior to the WCPL, Mohammed played the women’s 6ixty competition, where she turned out for Knight Riders as well. Knight Riders lost in the final to Royals then, and Mohammed finished the tournament with four wickets in four bowling innings, with an economy rate of 8.00.