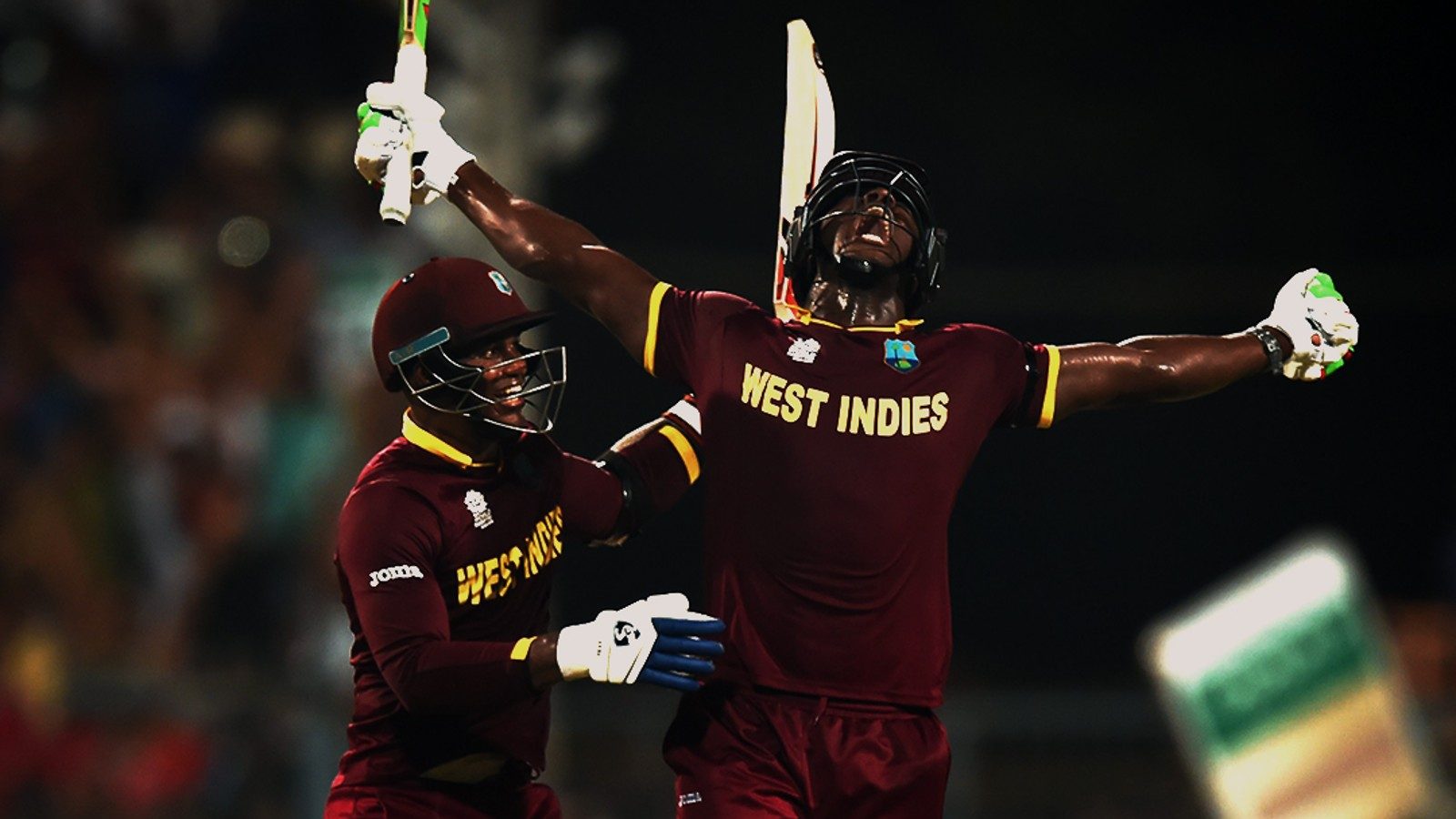 Carlos Brathwaite scripted history as he led West Indies to win their second ICC T20 World Cup against England at Eden Gardens, Kolkata in April, 2016. The 6’3” all-rounder pulled a rabbit from the hat in the final overs of the finals to help West Indies clinch the ICC T20 World Cup, stunning England and everyone else. While Marlon Samuels did majority of the work for Windies, Brathwaite came to his rescue when no one else could and once he stepped on to the pitch, what happened next, was a sight that was simply magical.

The T20 finals was set as the mighty England faced West Indies at Eden Gardens on April 3, 2016. England beat New Zealand in the first semi-finals by seven wickets to reach the finals, whereas West Indies beat hosts India also by seven wickets at the Wankhede Stadium in Mumbai to make it to the summit clash.

West Indies won the toss and opted to bowl against England. It was a perfect start for Windies as England lost Jason Roy and Alex Hales early, leaving the Britishers reeling at 8/2 in 1.5 overs. Captain Eoin Morgan joined but was unable to make an impact and was removed soon, with England at 23/3 in 4.4 overs.

Taking command after the top order collapse was Joe Root who built a strong partnership with Jos Buttler (36) before the wicket-keeper was removed by Braithwaite, with the score reading 84/4 in 11.2 overs.

While Root hung on, the England Test captain scored an outstanding half-century before being removed for 54. Ben Stokes (13), Chris Jordan (12) and David Willey (21) pitched in with necessary runs as England managed to post a fighting total of 155/9 in 20 overs. Dwyane Bravo (3/37) and Braithwaite (3/23) were phenomenal with the ball to see off England.

156 on the board for West Indies to chase at Eden and with the big hitters the Windies squad comprised off, it could have been a walk in the park for the Caribbean players, however, England had other plans in mind.

West Indies lost Johnson Charles and Chris Gayle early in the chase, seeing Windies at 5/2 in 1.3 overs, similar to England’s start. But Marlon Samuels gave the English bowlers a hard time as the number three batsman hammered away. Unfortunately, Samuels did not get the support from the other end. Dwyane Bravo pitched in with a helpful 25 before being removed by Adil Rashid.

West Indies were 107/6 in 15.3 overs after losing skipper Darren Sammy and it seemed if all hope was lost for Windies, but Samuels was still present and fighting away and then walked in Braithwaite.

At 137/6 in 19 overs, West Indies needed 19 runs to do the unthinkable in the final over of the match. Braithwaite (10) on strike and Stokes was given the duty to bowl the last over.

🗣️ “I sort of, subconsciously, remembered what I’d said about Carlos the day before…”

19.3 – SIX! Three in a row for Braithwaite and the brute power behind the shot sends the maximum a long, long way. 1 run required in 3 balls.