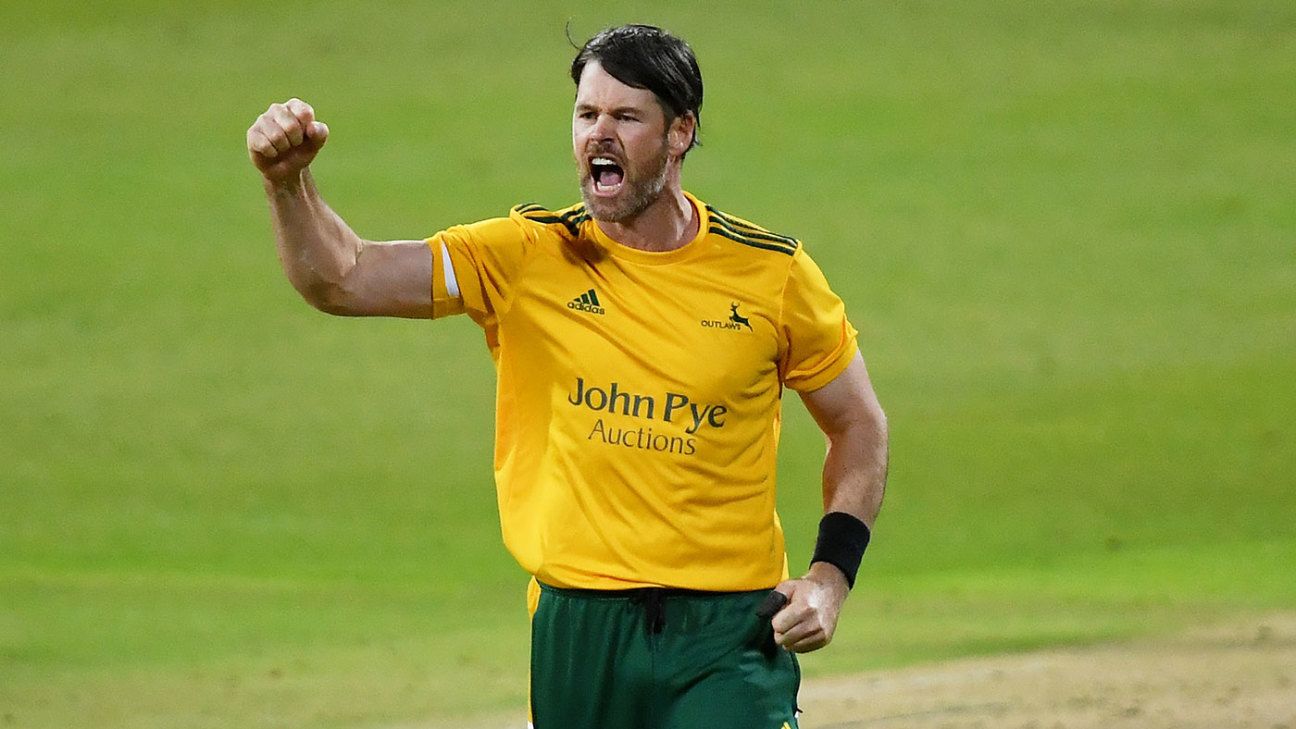 Dan Christian, Nottinghamshire’s T20 captain, has confirmed that this season will be his last with the county, as he prepares to play his final match at Trent Bridge against Durham on Friday.

Christian, 39, is the only man to have led Nottinghamshire to T20 glory, having lifted the trophy twice: first in 2017, then in 2020, when he delivered Player-of-the-Match performances in both the semi-final and final.

In addition, he scored the club’s fastest T20 hundred in 2018, a 37-ball effort against Northamptonshire. To date, he has made 86 T20 appearances for Notts, scoring 1,715 runs and taking 48 wickets, and is one of only six players worldwide – alongside his Notts team-mate Samit Patel – to have scored 5,000 runs and taken 250 wickets in T20 cricket.

“I’ve always been motivated more by winning trophies than by personal milestones, so the success we’ve had here over the years has been so rewarding,” Christian said.

“It might sound clichéd, but the main thing I’ll remember my time here for is the lifelong friendships I’ve made in the dressing room. It’s those bonds that make the victories all the more special.

“Trent Bridge has been a really loving and accommodating place over the years – both for me and, more recently, for my family as well. This place is well and truly home, and it will always be somewhere that I think of fondly.

“For me, it’s the best place to play white-ball cricket in the world, and the crowds have always been fantastic, so my focus now is on trying to contribute to a win here tomorrow night and finish the home season on a high.”

The current season is Christian’s seventh in eight years at Nottinghamshire since his debut in 2015 – he missed the 2021 season following his shock recall to Australia’s T20I set-up for their tours of West Indies and Bangladesh.

Nottinghamshire are currently seventh in the North Group for this year’s Blast campaign, and while they are not mathematically out of the running for the knock-outs, it would require an unlikely set of circumstances. Either way, they cannot secure a home quarter-final, with Finals Day once again scheduled for Edgbaston on July 16.

Mick Newell, Nottinghamshire’s director of cricket – the man who first brought him to Trent Bridge in 2015 before appointing him captain the following year – praised the influence that Christian has had in his time at the club.

“It’s difficult to overstate the impact Dan’s had on our T20 side over the years, especially since taking over as captain,” Newell said. “We knew we were signing a player of considerable skill – and we knew that his aggressive style of cricket would see him fit in straight away – but his ability as a leader has made a huge impact on so many of his team-mates.

“He’s one of those players who senses when a game is there for the taking, and gave us the extra edge that turned us into a trophy-winning team after so many near misses. We wish him all the best for the future, and we hope to welcome him back as a visitor in the years to come.”