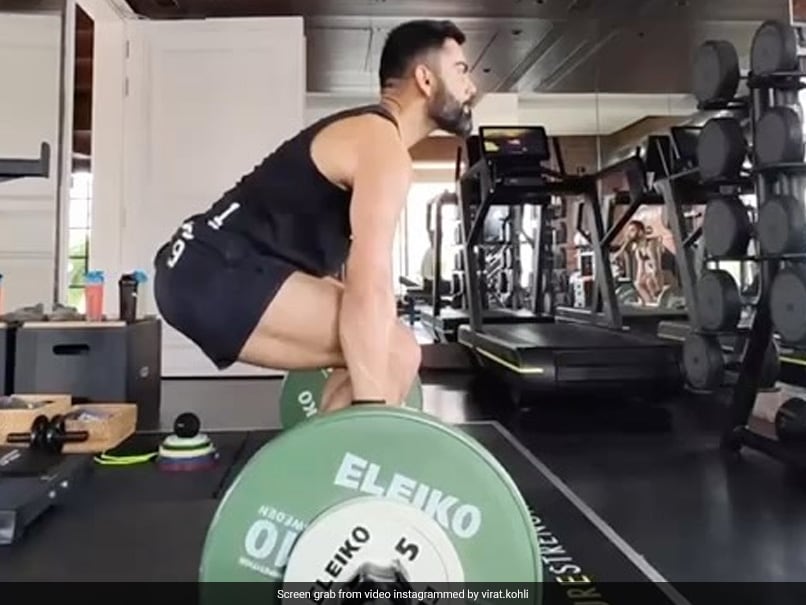 Virat Kohli shared a video of lifting weights in the gym

India ended the Commonwealth Games with 22 gold medals and some of those yellow metals were won in the sport of weightlifting. The sport gave India 10 medals in total of all three colours and the contingent was the most successful in terms of number of medals won.

Now, another great Indian athlete has shown off his weightlifting skills, which in all probabilities will make the likes of Mirabai Chanu and Jeremy Lalrinnunga proud.

Virat Kohli on Wednesday shared a video on his Instagram handle of him lifting weights during a gym session.

Kohli has in the past too shared such videos. What was amazing to see was Kohli’s technique while making these lifts.

Kohli has missed the tours to West Indies and Zimbabwe as he enjoys a break away from cricket. The former India captain has struggled for runs in the past few months and will next be in action for the national team in the Asia Cup.

He has been preparing for the same and Indian cricket fans would hope that the tournament would see the return of the old Kohli, who was nothing short of a run machine.