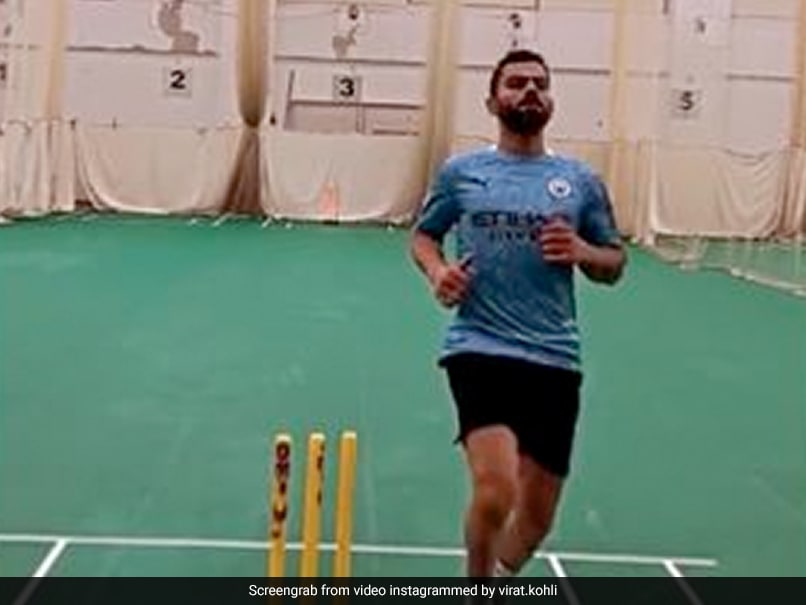 After clinching the white-ball series against West Indies, Team India is all geared up for their next assignment and that is the upcoming Asia Cup. The tournament will also mark the return of India star batter Virat Kohli on the field, as he was rested for the series against West Indies. As the Asia Cup is just around the corner, Kohli is trying to prepare to the best of his ability. In a video posted on the Instagram handle of Kohli, he was seen sweating it out in a practice session while wearing a Manchester City Jersey.

“Running into the practice week,” wrote Kohli along with the Instagram story.

Kohli’s off to a running start pic.twitter.com/77PJoQM2EF

The 33-year old batter is going through a lean patch as he has been consistently failing to bring big numbers for the team. After poor run in IPL 2022, Kohli failed to register big scores in the T20Is or ODIs against England. He was rested from the ODIs and T20Is against West Indies that followed and is not in the squad for the ODIs against Zimbabwe.

Earlier on Monday, the All-India Senior Selection Committee announced the squad for the upcoming Asia Cup, with Rohit Sharma as the captain and KL Rahul as the vice-captain.

The star pacer of India, Jasprit Bumrah, and Harshal Patel were not available for selection owing to injuries. They are currently undergoing rehab at the NCA in Bengaluru.