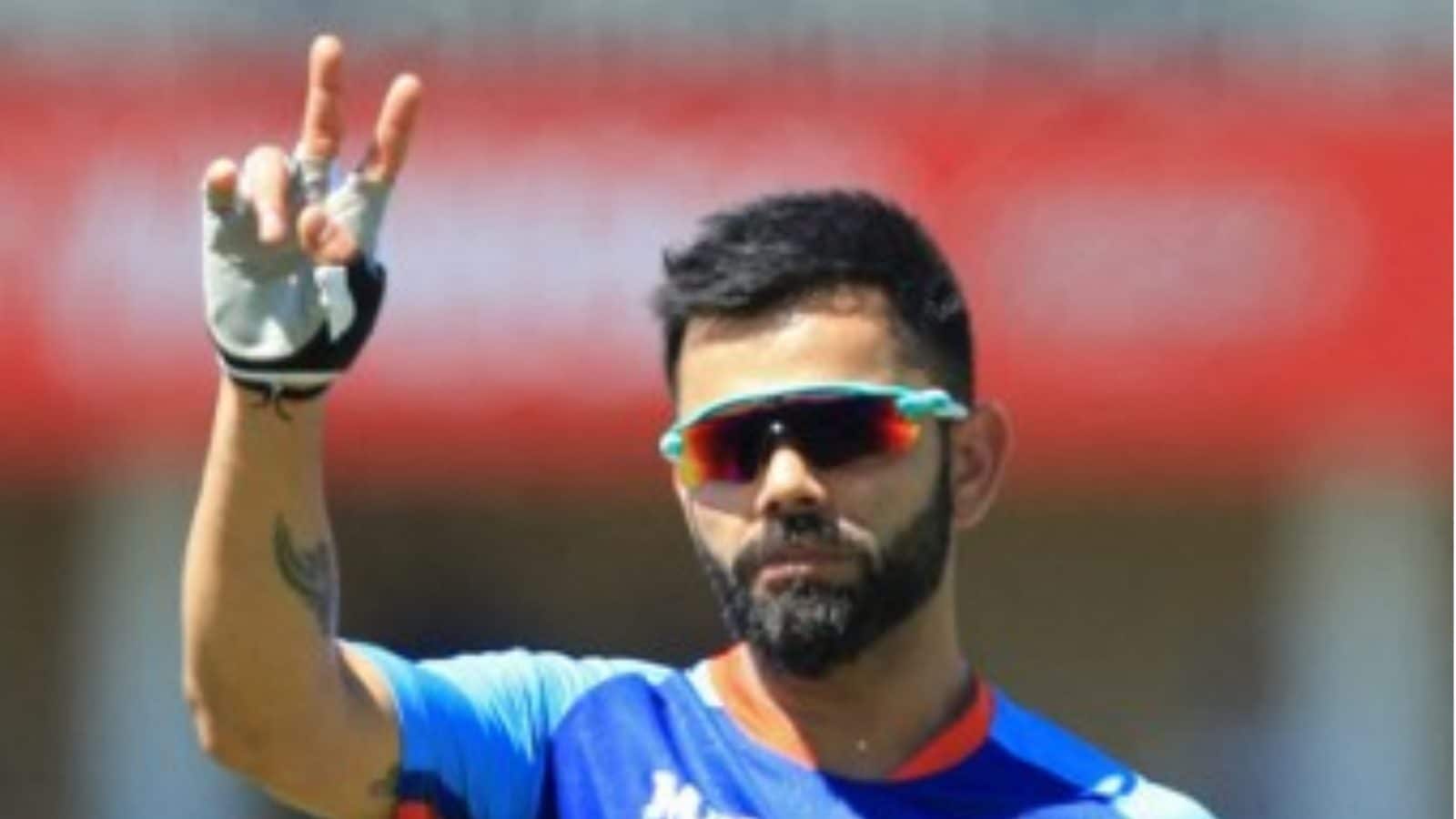 Former India captain Virat Kohli has shared his perspective through a motivational post on social media. The batting maverick has been facing criticism for his lean patch with the bat. He scored his last international century way back in 2019 and post that he has struggled to convert half-centuries into triple-digit scores. However, in recent times, things have gone even worse for him as he has been struggling to manufacture runs.

In the recently concluded T20I series against England, Kohli scored 12 runs in two matches and prior to that, he had a disappointing show with the bat in the rescheduled fifth Test against England.

The 33-year-old missed the first ODI against England due to a niggle, however, he returned to the playing XI for Lord’s match where he failed to convert a good score into a big score and was dismissed on 12.

Kohli, on Saturday, took to social media and shared a photo where he could be seen sitting in front of a wall where it is written: “What if I fall? Oh but my darling, what if you fly.” He captioned the post ‘Perspective’.

Team India captain Rohit Sharma also came in Kohli’s support after the second ODI as he said that the former skipper needs just one or two innings to bounce back.

“Kyun ho rahi hain, yaar. Matlab mujhe samajh mein nahin aata, bhai. (Why is this discussion happening? I can’t understand this),” Rohit responded to a journalist’s query on the talks around Kohli’s form after the 2nd ODI.

“He (Kohli) has played so many matches, for so many years. He is such a great batter so he does not need reassurance. I said this in my previous press conference too. Form will never be the same, that is part and parcel of any cricketer’s career. So, a player like him, who has played for so many years, scored so many runs and has won so many matches, for him, he only needs one or two good innings. That is my thinking and I am sure all those who follow cricket will think similarly,” Rohit said on Thursday.

Kohli has been rested for the upcoming white-ball tour of the West Indies despite his poor form in recent times. However, he is part of India’s squad for the third ODI against England on Sunday in Manchester.