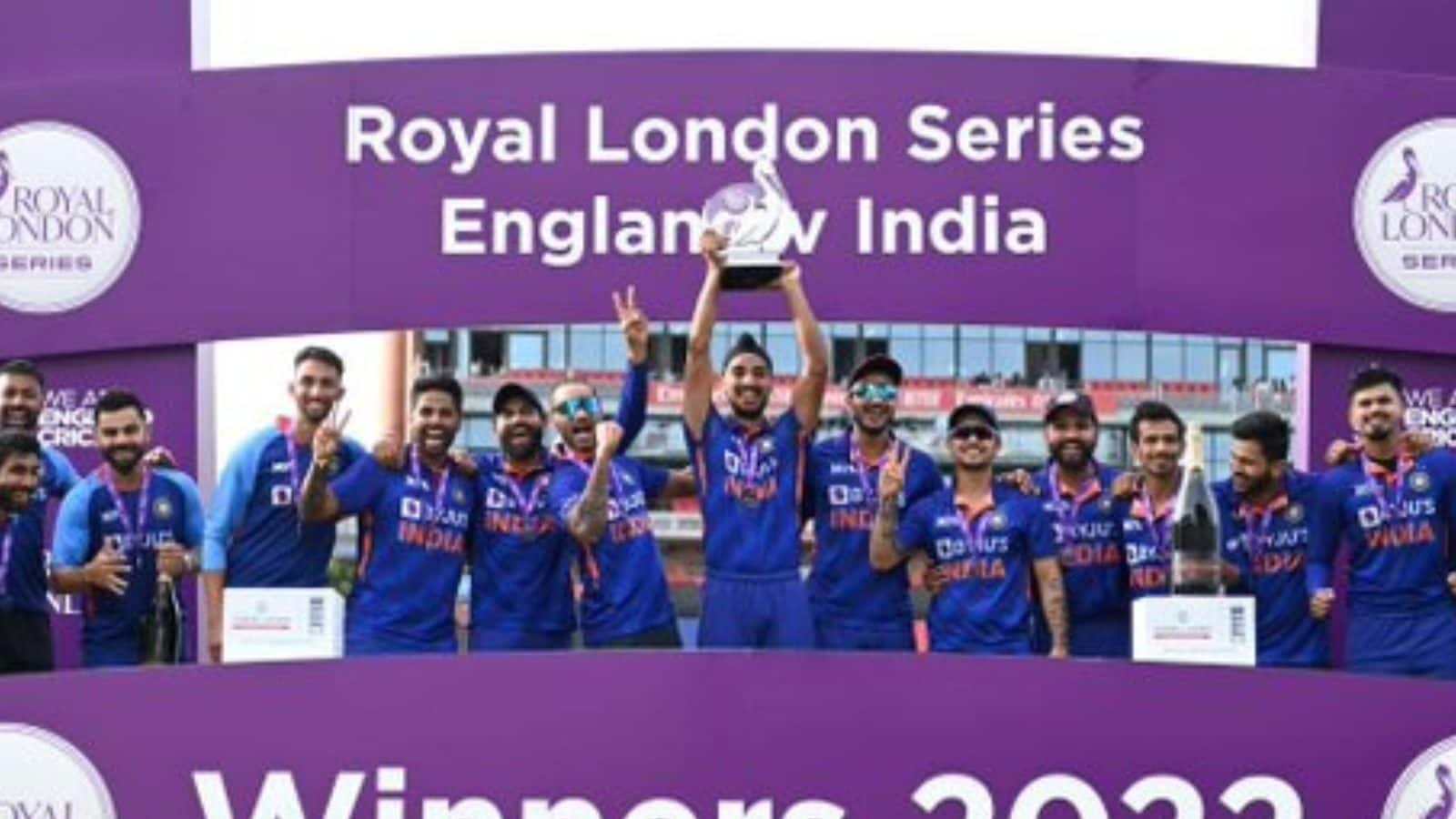 Team India on Sunday won the third and the final ODI at Old Trafford in Manchester. Riding on Rishabh Pant’s masterclass and Hardik Pandya’s all-round act, the visitors thumped Jos Buttler & Co by 5 wickets to clinch the 3-match series 2-1.

During the chase of 260, India slumped to 38/3 at one point. The likes of skipper Rohit Sharma, Shikhar Dhawan, and Virat Kohli were all back in the hut and the way ahead looked challenging. However, the duo of Pant and Pandya stitched a 133-run stand in just 115 balls to ensure a memorable win for the Men in Blue.

Following the satisfying win, former captain Kohli took to the Koo app and congratulated his teammates. “Brilliant run chase and a great series,” the caption of his post read.

Meanwhile, former India batter VVS Laxman is pleased to see Team India dominating on English soil following the scintillating series win over England on Sunday. The NCA chief said the partnership between Pant and Pandya helped India make a comeback into the third ODI against England.

“A fantastic chase to win the ODI series. The partnership between @RishabhPant17 & @HardikPandya7 was a phenomenal comeback. Very pleasing to see India dominate on English soil. Congratulations and take a bow,” Laxman posted on a social media platform.

A fantastic chase to win the ODI series. The partnership between @RishabhPant17 & @HardikPandya7 was a phenomenal comeback. Very pleasing to see India dominate on English soil. Congratulations and take a bow #TeamIndia 🇮🇳#ENGvIND pic.twitter.com/UVz2nMbuH1

England were folded for 259 in the 46th over and India chased down the target in only 42.1 overs to win the series 2-1. Pant guided India to the win scoring his first ODI century in the process.