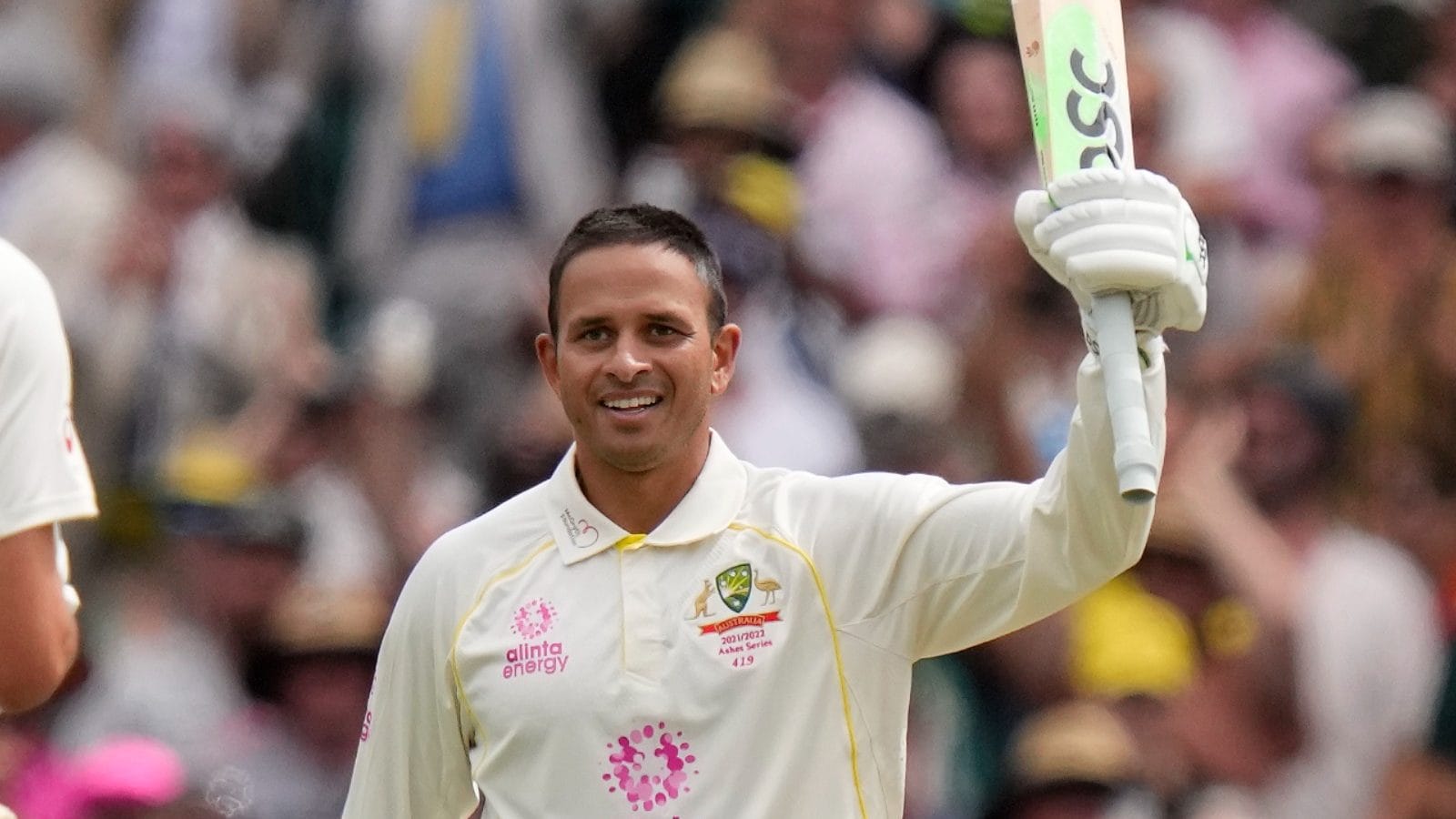 Australia cricketer Usman Khawaja has come out and defended Virat Kohli after the former India captain’s run drought evoked some strong reaction from another icon of Indian cricket Kapil Dev. The World Cup-winning skipper had felt if a bowler of Ravichandran Ashwin’s calibre with nearly 450 Test wickets can be dropped from the Test team’s playing eleven then Virat Kohli too is no longer indispensable in T20Is after his prolonged bad patch.

Kohli hasn’t been among big runs for nearly three years now and the World Cup winning all-rounder feels that Indian team management will be doing disservice if in-form players aren’t given enough opportunities to showcase their skills.

“Yes, now the situation is such that you might be forced to bench Kohli from T20 playing eleven. If world No. 2 bowler Ashwin can be dropped from Test side then (once upon a time) world No. 1 batter can also be dropped,” Kapil told ABP News.

“Virat is not batting at a level which we have seen him do over the years. He has made a name because of his performances but if he isn’t performing, then you can’t keep the performing youngsters out of the team. I want competition for places in the team in a positive sense that these youngsters should try and outperform Virat,” said the legendary cricketer. 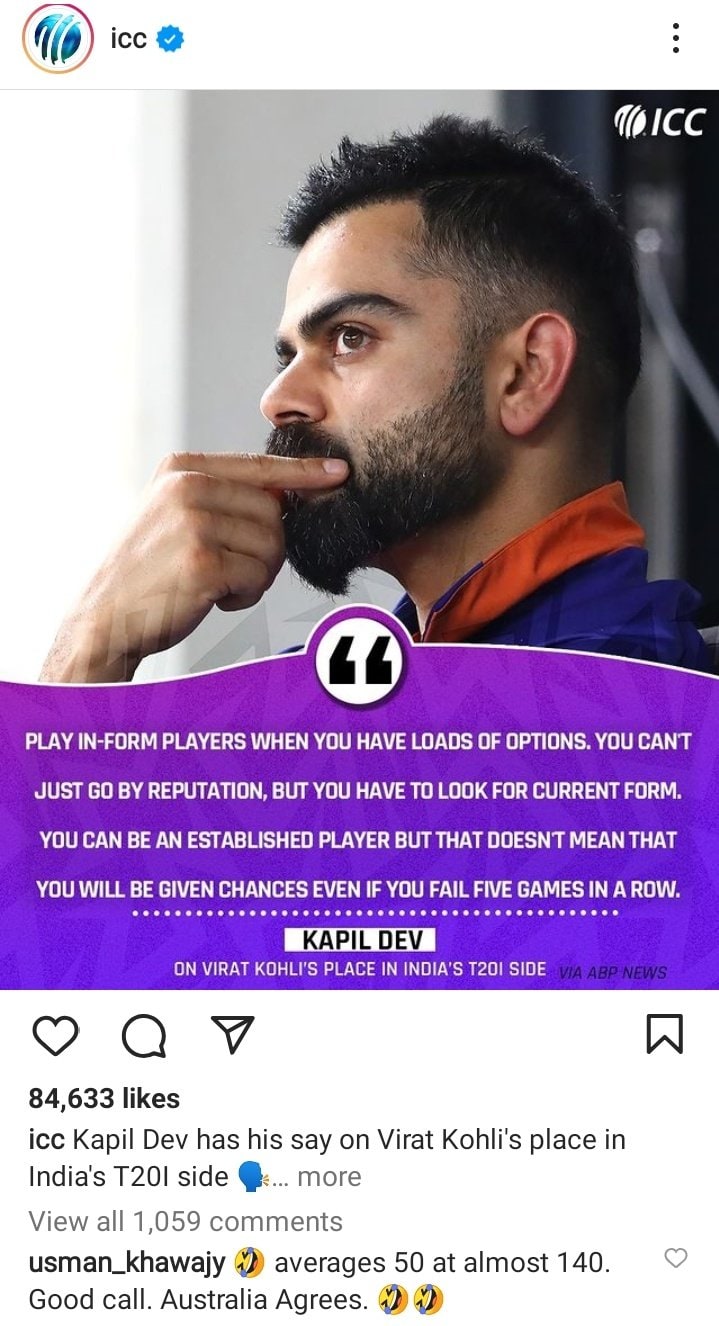 Meanwhile commenting on ICC’s Instagram post, Khawaja said something which gave an impression that the Aussie didn’t agree with Dev. “Averages 50 at almost 140. Good call, Australia agrees,” commented the cricketer.

Kohli has been struggling for runs for some time now. He scored 341 runs in 16 matches in the IPL 2022 and has just one fifty under his belt for the last 12 months. Nonetheless, his figures are not that bad and last time when he played against England he was the top scorer in that series in 2021.