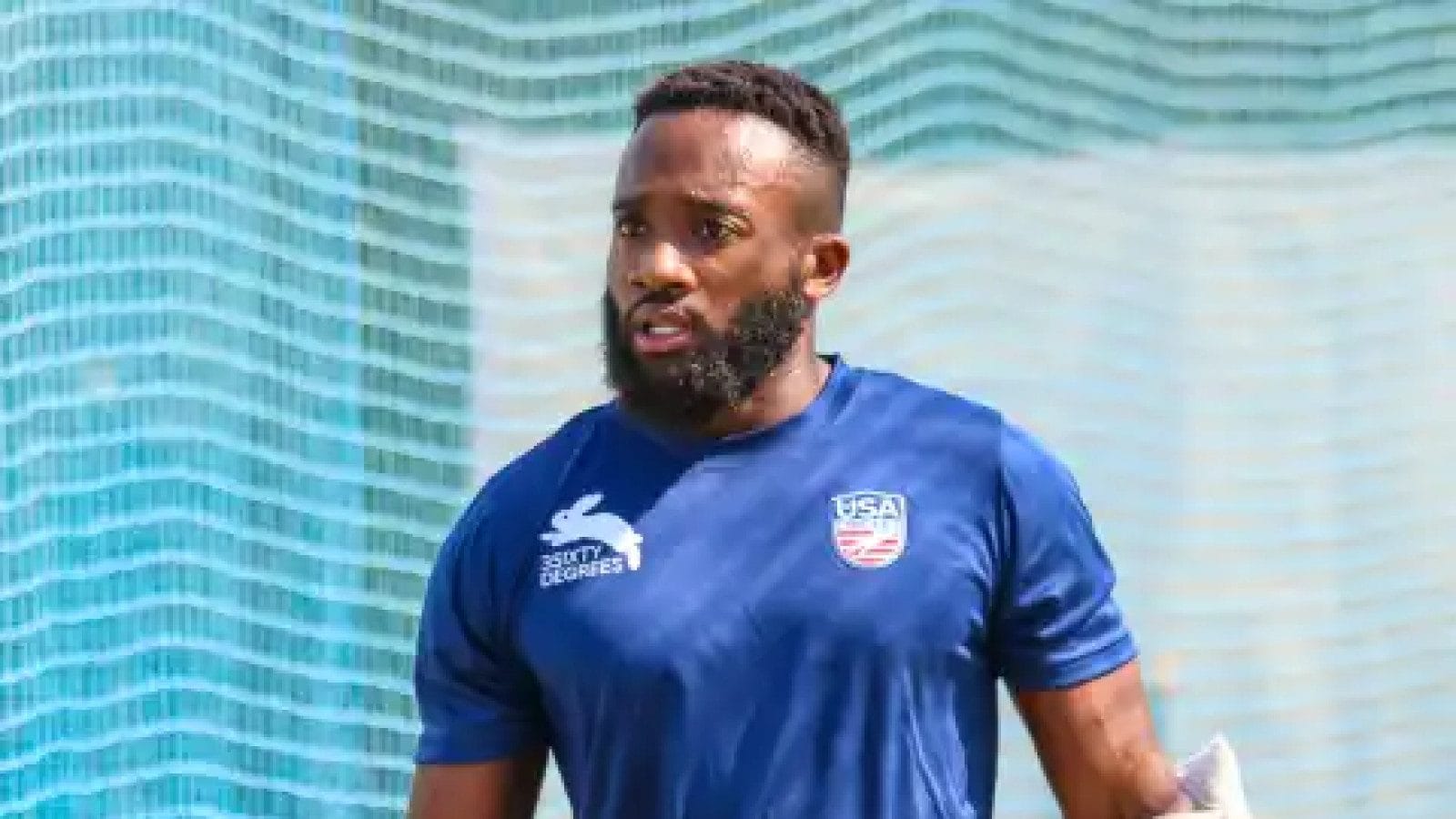 California: USA vice-captain Aaron Jones feels that the pressure of guiding his country to a first ICC Men’s T20 World Cup is not enough, so he is heaping more on himself as it also helps him in bringing out his best for the team.

The 27-year-old is the second leading run-scorer for the USA in both T20Is and ODIs and as a top-order batter is expecting to make big contributions to their totals.

With Friday marking 100 days to go to the mega event in Australia, Jones and his side will come up against three new opponents in the T20I arena at the ICC Men’s T20 World Cup Qualifier B 2022 beginning their campaign against Jersey, before facing Singapore and hosts Zimbabwe.

“I would say that I like to put a bit of pressure on myself as well. I think that brings out the best in me, so me being the vice-captain, I want to be the leading batsman in the team,” Jones said.

I’m feeling pretty good. The last couple of games I played, I scored some runs and we played Minor League back home, I got two good starts in the two games I played, so I’m definitely feeling in good form right now,” he added.

Despite self-inflicted pressure to lead from the front, Jones did not place himself on a pedestal as he made his way through the junior ranks in Barbados. The New York native moved to the Caribbean island aged four, taking up the country’s number one sport and balancing it alongside a love for football, or, as the Americans call it, soccer.

“For me personally, I never saw myself as superior to anybody or I never even thought I was really good at cricket. But others, like my family members and my friends and coaches were always like telling me ‘oh you’re so good, keep going.’ Definitely when I scored runs, I felt good about myself as well,” the right-hander said.

“It was a bit of a choice for me in terms of playing soccer and cricket for the country around 12/13 years old. And I thought I was better at cricket and I stuck to cricket, the rest is history basically,” he added.

With Jones’ roots both in the US and the Caribbean, he knows that, if his side were to reach a maiden T20 World Cup and expose themselves to more eyes on their game, some of those eyes would belong to friends.

“I also have some friends playing in the World Cup as well. Obviously, I’ve grown up in the Caribbean so if we played against the West Indies, then I would be playing against some of my friends so that would be a good experience as well.

I played with some of them at school. The guys that are from Barbados, I played with them at youth levels and stuff like that. And some of them I played against them in first-class cricket back home in the Caribbean and List A cricket and stuff like that too. If we could get to the World Cup so you get to the highest level of cricket, to compete with the West Indies, Australia, India, all the teams that are playing full member cricket for sure, it would open a lot of doors.”