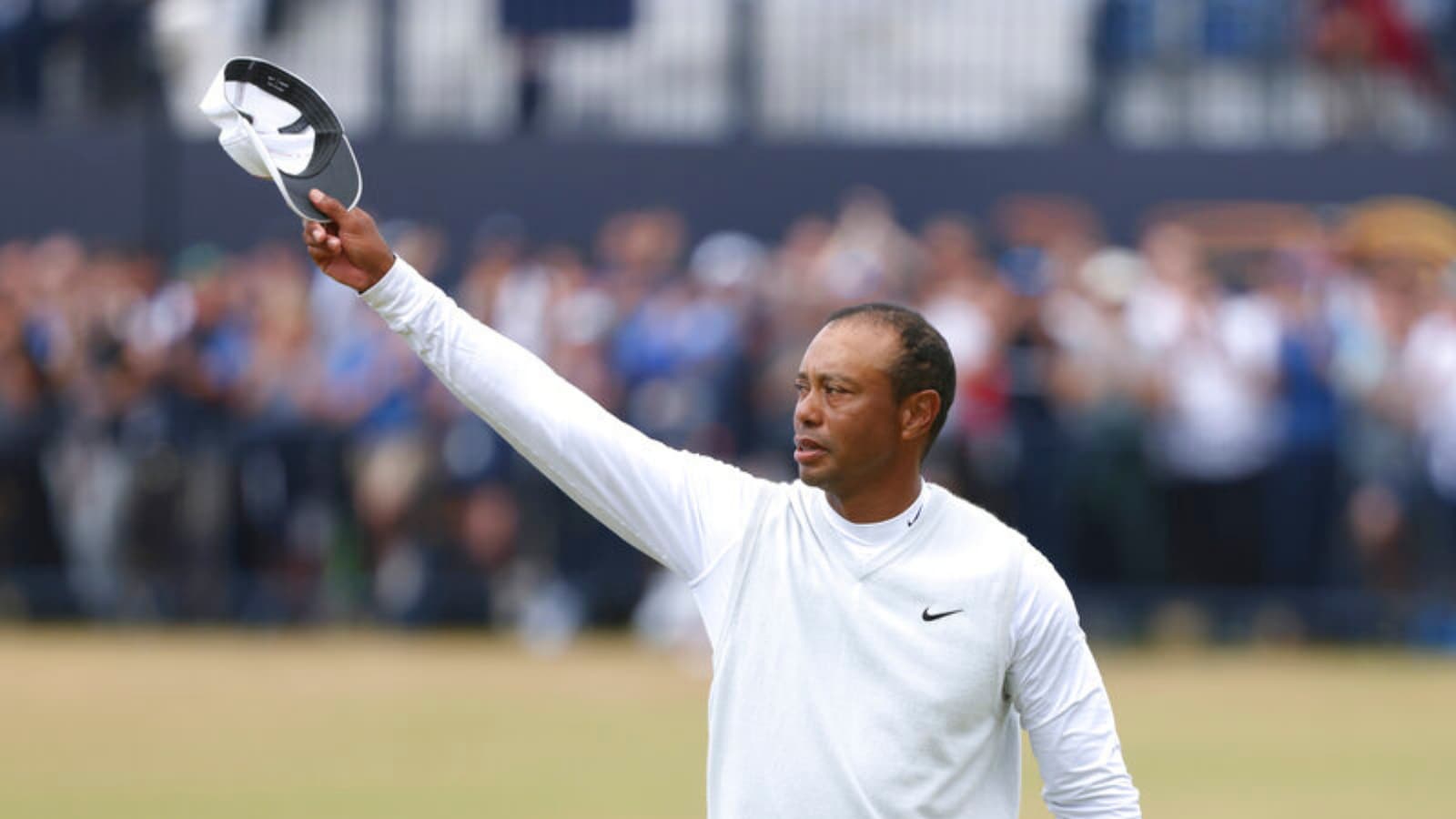 A tearful Tiger Woods said he may never get the chance to grace a British Open at St Andrews again after missing the cut on Friday with a score of nine-over-par for his two rounds.

The 15-time major winner won two of his three Claret Jugs at the home of golf, but admitted to struggling just to walk the 18 holes after a major car crash last year left him needing emergency surgery on his right leg.

Most of the damage to Woods’ chances of making the weekend was done on Thursday when he posted a six-over round of 78 to match his worst ever start at the British Open.

He optimistically targeted a 66 to get back to the projected cut level of even par on a day of low scoring as overnight rain softened up the fast-running fairways.

However, that never looked a realistic aim with the physical toll of the crash clear to see.

“It’s hard just to walk and play 18 holes. People have no idea what I have to go through and the hours of the work on the body, pre and post, each and every single day to do what I just did,” said Woods.

A birdie at the third sparked hope for the huge galleries that one of the game’s all-time greats could produce a round to remember.

But bogeys at four and six quickly snuffed out any chance of a rally.

After a run of nine straight pars, a double-bogey at the 16th rubbed salt into the wounds of a painful few days for the American.

Woods still received a standing ovation as he walked up the 18th fairway and wiped away tears before completing his round of 75.

“I had a few tears. I’m not one who gets very teary-eyed very often about anything,” added Woods.

“To me it felt like this might have been my last British Open here at St Andrews. The fans, the ovation and the warmth, it was an unbelievable feeling.”

Questions will now be asked over what the future holds for the 46-year-old.

He belied his physical ailments to make the cut of both the Masters and PGA Championship earlier this year, but withdrew from the PGA after a nine-over-par third round.

His world ranking has slipped to 994 as he saves what golf he has left for the majors.

But as a former winner, Woods will have an exemption to qualify for the British Open until he is 60.

“I have nothing planned, zero. Maybe something next year, I don’t know, but nothing in the near future. This is it. I was just hoping to play this one event this year.”