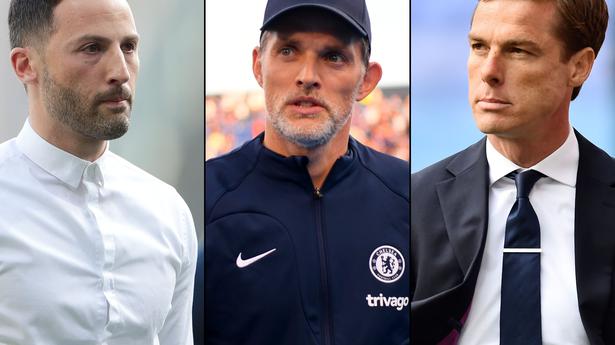 The 2022-23 season has entered the Champions League phase and managers of some clubs around Europe have already started showing the door to their managers.

The most recent of them was Chelsea – which after its loss to Dinamo Zagreb in the Champions League opener – decided to terminate the contract of Thomas Tuchel.

So, which managers have been sacked so far in the top five leagues of Europe?

Last season 10 Premier League managers were sacked, which involved Ole Gunnar Solskjaer, Marcelo Bielsa and Sean Dyche. This year, it has been two, so far.

The German manager had taken over Chelsea in the middle of the 2020-21 season and had guided the club to its second Champions League title in its history. He was the last manager to be appointed in the Roman Abramovich era.

However, in the 2022-23 season, the club – following a change in ownership – to Ted Boehly – has struggled for consistency and has won just three of its first seven competitive fixtures.

After its 0-1 loss to Dinamo Zagreb, the manager parted ways with the club. “As the new ownership group reaches 100 days since taking over the Club, and as it continues its hard work to take the club forward, the new owners believe it is the right time to make this transition,” read the official statement.

Scott Parker – who joined Bournemouth after parting ways with Fulham – saw the former midfielder guide the Cherries back into the Premier League after two years.

But the club failed to register a single win in the next four, which included a 0-4 drubbing to Manchester City and a 0-9 demolition to Liverpool – the final match Parker was in charge.

He was given marching orders on August 30.

Tedesco became the first Bundesliga manager to be sacked this season after his team’s horror loss on home turf to Shakhtar Donetsk.

The Italian had taken charge of the club in December last year after the departure of Jesse Marsh, the current Leeds United manager.

However, the 2022-23 season has seen the club struggle for form and has just one win in its first five matches. Leipzig sits 11th in the table with five points from as many games.

After its 1-4 loss to Shakhtar, the manager was shown the door, along with assistant coaches Andreas Hinkel and Max Urwantschky.

No manager so far.

Andriy Shevchenko was one of the 10 managers to be sacked last season.

No manager so far.

Barcelona manager Ronaldo Koeman was one of the major departures of the 11 managers that were sacked last season. Barca’s club legend Xavi replaced the Dutchman.

No managers have ben sacked mid-season, but there have been two changes before Matchday 1.

Paris Saint-Germain parted ways with its manager Mauricio Pochettino in June, the sacking has not been considered as it was done before the start of the 2022-23 season.

The Argentine had guided PSG to the Ligue 1 title but failed to deliver in the Champions League, where it was eliminated by Real Madrid in the round of 16.

Christophe Galtier, the Lille coach, who had won the Ligue1 title in 2020-21 replaced him.

From one Argentine to another, Sampaoli – the former Argentina National Team coach – had replaced Andre Villas-Boas at the Ligue 1 club, but he left by mutual consent in July 2022.

Four managers were sacked in the 2021-22 season, including former Bayern Munich manager Niko Kovac (by AS Monaco) and Claude Puel (by AS Saint-Etienne)