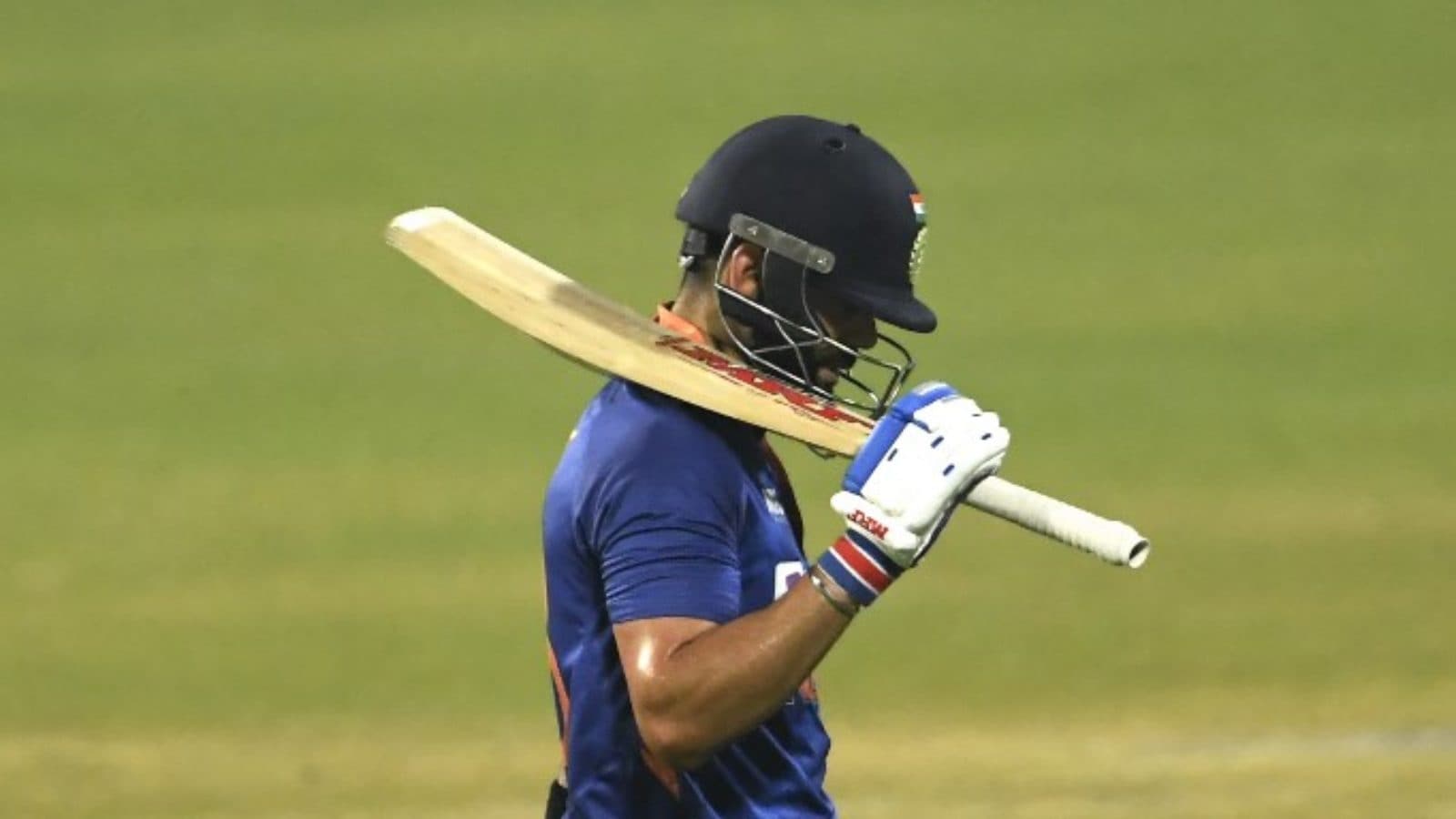 Virat Kohli’s form, or lack of it, has upstaged everything the Indian team has done on the current England tour. It has dominated conversation in the cricket world, drawn fans into heated debate in drawing rooms, bars and wherever else, grabbed headlines and prime time in the media and, increasingly, got stellar former players and experts into taking strong position on his future, particularly whether he deserves to be in the squad for the T20 World Cup.

It’s been a mixed bag so far for the Indian team in the UK. After beating Ireland 2-0 in T20s, India flopped in the much-looked forward to Edgbaston Test, then earned some redemption by winning the T20 series against England 2-1. In the ODIs, Rohit and Co currently lead 1-0.

In this roller-coaster ride, the only thing constant has been Kohli’s struggles with the bat. He didn’t play the matches against Ireland, failed to get past 20 in either of the innings at Edgbaston, made 1 and 11 in two T20s against England, missed the first ODI at the Oval because of a niggle, and will not play in Thursday’s ODI at the Lord’s either.

In fact, since the aforementioned niggle has turned out to be a groin problem which can have serious consequences if put under strain, Kohli has been rested from the five T20Is India are to play in the West Indies. The team flies to the Caribbean straight from England.

Jasprit Bumrah has also been rested from these matches against West Indies, but in Kohli’s case, the situation is more piquant — or precarious if you will. Unarguably the fittest player since the past decade, in fact one who has set the benchmark in Indian cricket, this injury comes at a cruel time for Kohli.

Missing these many matches means that much less opportunity for him to show that his form has returned and he is back to being the batter once identified as the best in the world, and it will answer all questions about whether he fits into the scheme of things when the squad is selected for the T20 World Cup.The last mentioned has become a raging debate, sharply polarising fans, former and current players, experts et al.

At the crux is Kohli’s paucity of runs, not his class or calibre.

He hasn’t scored an international century in any format since November 2019. For someone who would reel off centuries as a matter of pastime, this has been hugely surprising. More pertinently, he hasn’t looked like the commanding batter who would win matches off his own bat with a frequency unmatched by any of his contemporaries.

Kohli’s last authoritative knock, ironically, came in the Adelaide Test in Australia which India lost in shambolic fashion, bowled out for a paltry. 36. In the first innings, Kohli looked in sublime touch, reaching 76 in glorious style before unfortunately being run out in a mix-up with Ajinkya Rahane.

Since then, while Kohli has made quite a number of half-centuries, he has been unable to play a match-winning hand, which is what is expected from top order batters. This persisted in IPL 2022 too, providing more grist to the mill for skeptics who by now had begun to question his presence in the India team. With every passing match, the pressure on Kohli kept growing and his tentativeness became more palpable. Not being able to turn things around in England in any format (he may still play the third ODI) saw the critics grow more voluble.

Former Indian players like Virender Sehwag and Venkatesh Prasad have asked, without naming Kohli, how long a player can be retained without scoring runs when there are several talented batters waiting for an opportunity.

1983 World Cup winning captain Kapil Dev took the argument a step further. If R Ashwin could be dropped when he was the world’s no.1 bowler (in Test cricket), he asks, why not Kohli if he is not getting runs? Former England captain Michael Vaughan is among the notable overseas players expressing a similar view.

But Kohli has staunch support too. Usman Khawaja, prolific Aussie opener, has been the leading overseas voice to prop up Kohli, scoffing at his critics for their narrowmindedness. More significant, of course, is the vote of confidence that Kohli has got from chief coach Rahul Dravid and captain Rohit Sharma. Both have been unequivocal in support of the beleaguered batter, citing his hunger, desire, commitment, calibre and magnificent achievements.

These opposing points of view are the horns of the dilemma that confront the Indian selectors.

Kohli’s ‘lean trot’ is now well into its third year. This is extraordinary. It has, perhaps, no parallel in the history of the game for a batter of such proven class and high achievement for a decade and more since he shot into the limelight as a precocious under-19 cricketer.

The best situation for Kohli, selectors and indeed, Indian cricket, would be for him to score runs. The issue then fizzles out automatically.

Unfortunately, the recent injury has scuttled his opportunities in the ODIs against England as well as in the West Indies which keeps the debate alive and makes Kohli’s selection for the T20 World Cup a tight finish.