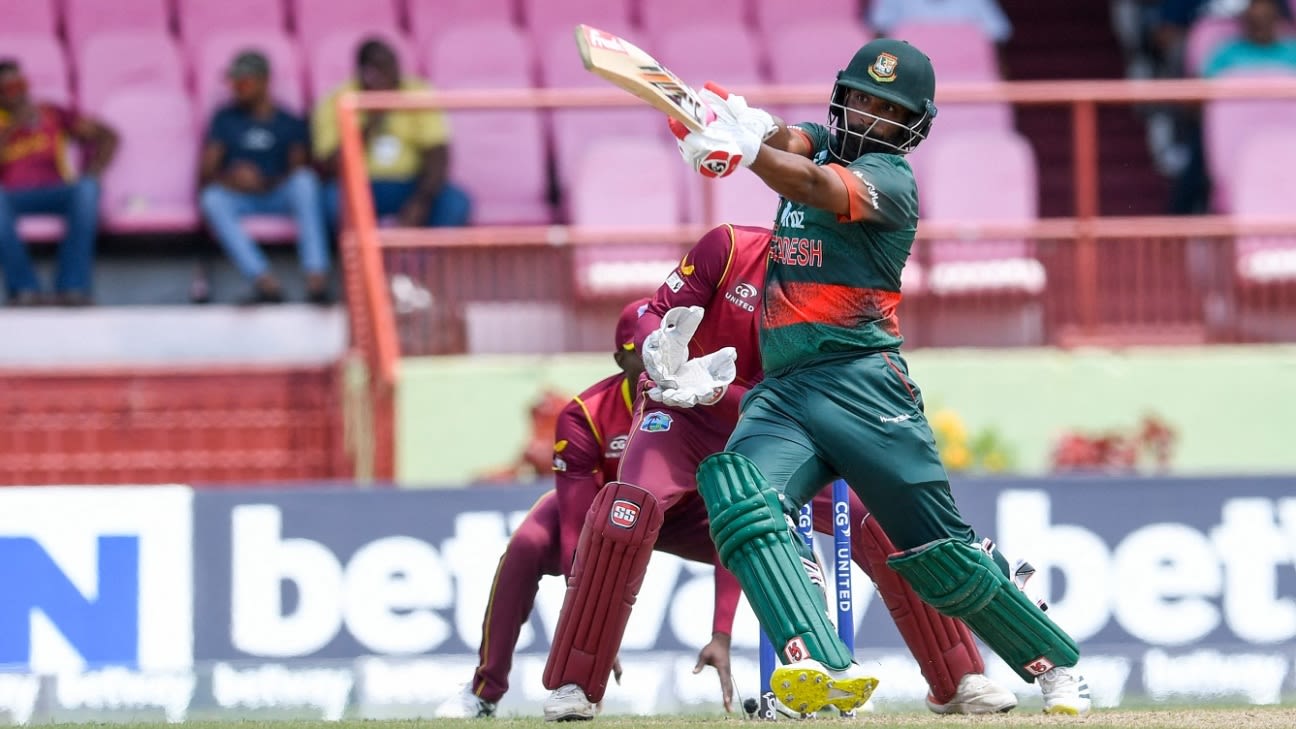 Tamim Iqbal has announced his retirement from T20Is shortly after leading the ODI side to a 3-0 series win over West Indies in Guyana. Bangladesh won the match by four wickets, with Tamim winning the player-of-the-series award. At around 6pm local time, he wrote a short message on his official Facebook page, posting in Bangla saying, “consider me retired from T20 internationals from today. Thanks everyone.”
It ends speculations over the last several weeks about his decision to continue playing the format he had taken a break from in January this year. He said at the time that he is going to take a break of six months from T20Is.

“My full focus will be on Tests and ODIs,” Tamim said on January 27 this year. “We are preparing for the World Test Championship and qualification for the 2023 World Cup. I will not be thinking about T20Is in the next six months. I hope that those playing will do so well, that the team won’t need me in T20Is. But if God forbid the team or cricket board needs me, and I am ready, I will possibly think about it.”

Tamim had kept himself away from this format since the middle of last year when he made the surprising decision to voluntarily pull out of contention from the T20 World Cup in the UAE. Tamim stepped away to give Soumya Sarkar and Mohammad Naim an extended run as openers, although both failed and were later dropped from the T20I side.

Tamim last played a T20I in March 2020 when he made 41 off 33 balls against Zimbabwe. He was criticised in some quarters in the T20I series before that, in Pakistan, when he made 65 off 53 balls.

Instead, Tamim has flourished in the other formats, leading Bangladesh to five consecutive ODI series wins including the one against West Indies that concluded on Saturday.
Tamim was a regular in the Bangladesh T20I side from 2007 to 2018, having played 75 out of 84 possible games for the side. He remains the only batter with a century for Bangladesh, finishing as the third highest run-scorer with 1701 runs at 24.65 average. Tamim is likely to play in domestic T20 competitions. He is the all-time leading run-scorer in the BPL, having played in every season of the tournament.