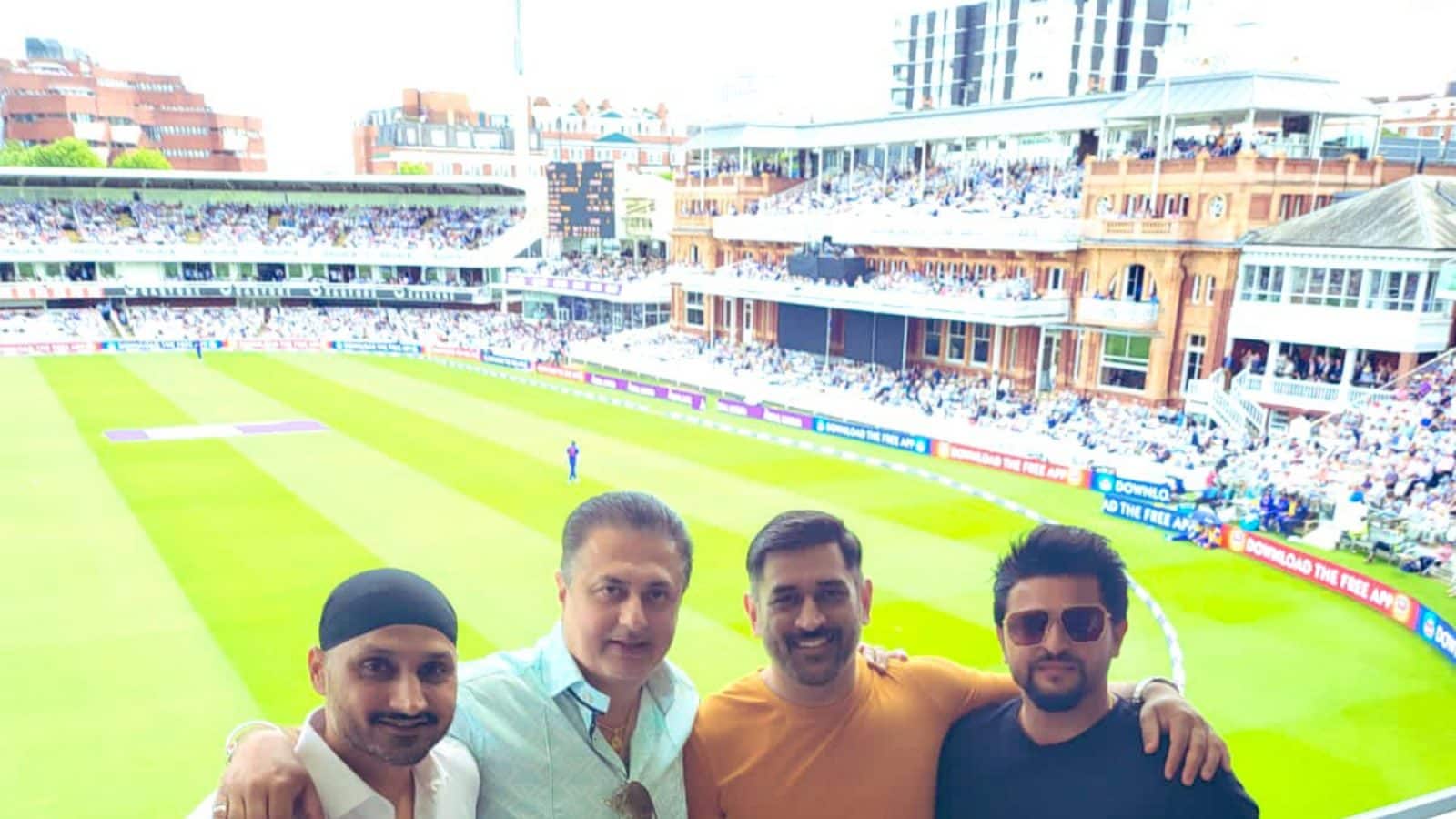 Former India batter Suresh Raina caught up with Mahendra Singh Dhoni during the second ODI match between India and England at Lord’s. The two batters shared several match-winning partnerships for India during their playing days. Interestingly the duo retirement announced retirement from international cricket the same day on 15 August 2020. They shared a great camaraderie off the field as both of them also played for the same franchise – Chennai Super Kings for a long period of time.

However, CSK released Raina before IPL 2022 and the southpaw remained unsold in the auction. While Dhoni, who relinquished the captaincy ahead of the season, returned to the role mid-season after Ravindra Jadeja decided to step down.

Raina shared a photo with Dhoni on Instagram and it went viral on social media within a few minutes.

Dhoni, who is currently on a vacation in the UK, also watched the second and third T20I between India and England from the stands.

Dhoni also celebrated his 41st birthday in the UK, where India cricketer Rishabh Pant was also present. While, on his birthday eve, he was spotted attending the Wimbledon Quarterfinal match between Rafael Nadal and Taylor Fritz.

While Raina also met Harbhajan Singh at Lord’s as he shared a couple of photos with him and Dhoni on Twitter.

Apart from Raina, Dhoni and Harbhajan, several other former players including batting greats Sachin Tendulkar and Sourav Ganguly (current BCCI President) were also present at the Lord’s to support Team India in the 2nd ODI.

Meanwhile, Indian captain Rohit Sharma won the toss and elected to bowl first as the visitors aim to take an unassailable 2-0 lead in the three-match series. Senior batter Virat Kohli returned to the playing XI after missing the opening clash due to a niggle. He replaced Shreyas Iyer in the middle order.

“Less grass for sure but looks like there is some moisture in the pitch. Looking at the size of the ground, we thought it’s better to have a score on the board.”

“It (Lord’s) is one of the best stadiums in the world, so the guys are keen to play well here. Sun is out, so perfect conditions,” said Sharma on his decision to bowl first.