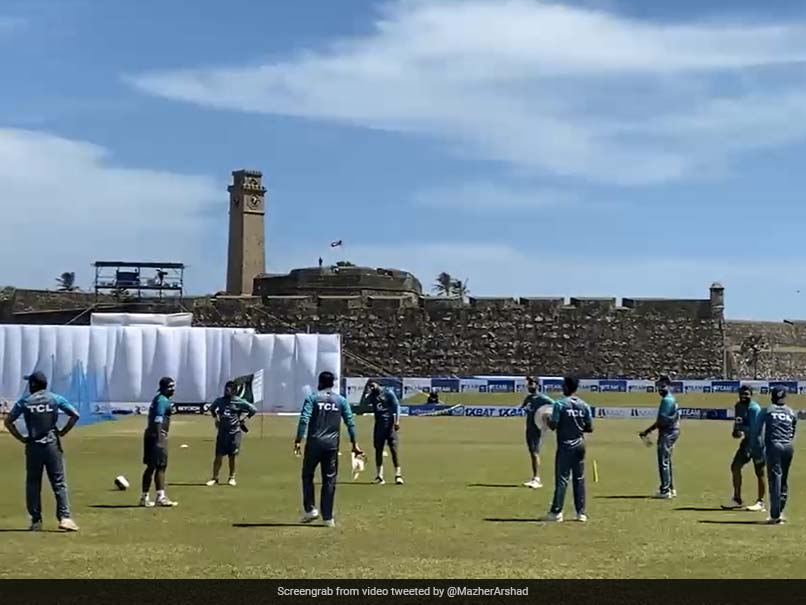 The Pakistan men’s cricket team was seen sweating it out in Galle ahead of the first Test against Sri Lanka, starting from Saturday, July 16. Both teams are set to play two Tests at the picturesque Galle International Cricket Stadium and the R Premadasa Stadium in Colombo. The touring Pakistan side recently played a warm-up match with the Sri Lanka Cricket XI at the Colts Cricket Club Ground in Colombo. The match had ended in a draw. On the eve of the first Test, the Babar Azam-led side was seen playing some football in Galle.

Notably, Sri Lanka is going through an economic crisis, which has led to massive protests in the country.

Prime Minister Ranil Wickremesinghe, who is the acting President, declared Emergency in the island nation as protests grew hours after it emerged that President Gotabaya Rajapaksa had fled the country.

Protesters had taken over Sri Lankan Prime Minister’s office following a clash with security personnel, who tried to hold them off using teargas shells and water cannons.

Earlier this week, Rajapaksa landed in Maldives with his wife and two bodyguards, having fled Sri Lanka on a military aircraft.

Sri Lanka are currently third in the World Test Championship points table while Pakistan are fourth.

With the rising tension across the island nation, it will be interesting to see whether the series will go ahead as planned.