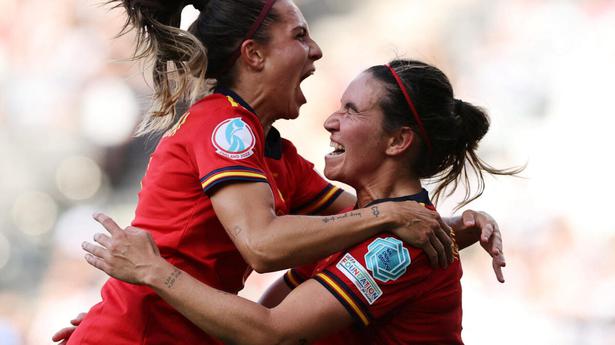 Favourite Spain made a winning start to its Women’s European Championship campaign after it came from behind to beat Finland 4-1 in Milton Keynes on Friday.

It rounded off the scoring with a penalty from Mariona Caldentey.

Forward Sallstrom hit a low shot into the bottom left corner following a superb pass from defender Anna Westerlund as underdog Finland took early control of the Group B encounter.

But Spain, playing without the injured Jennifer Hermoso and Alexia Putellas, soon overcame the early jitters and found the equaliser in the 26th minute when the unmarked Paredes scored a towering header from Caldentey’s corner.

Jorge Vilda’s team took the lead in the 41st minute after Mapi Leon swept in a brilliant cross from the left and Bonmati headed the ball into the top corner.

Garcia then headed in from Leon’s free kick in the 75th minute to make it 3-1 before Caldentey scored with a stoppage-time penalty.

Caldentey found the top corner from the spot in the 95th minute after Elli Pikkujamsa brought down Marta Cardona in the box.

The victory put Spain top of Group B, which also includes Denmark and Germany.