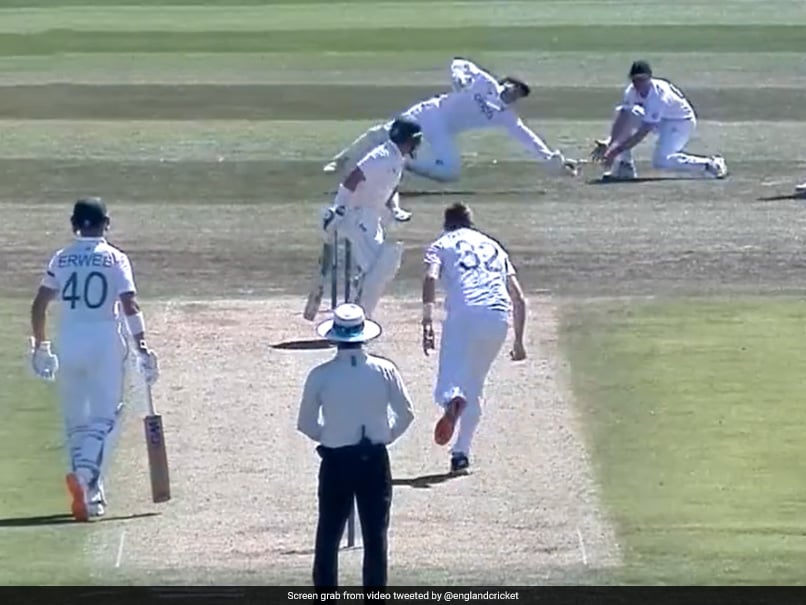 Sam Billings took a stunning catch on Tuesday during England A’s ongoing practice match against South Africa at St Lawrence Ground in Canterbury. On the first day of the four-day contest, England pacer Craig Overton bowled a back-of-a-length delivery to South Africa skipper Dean Elgar and the latter edged it while trying to play his shot on the front foot. The ball flew between wicketkeeper Billings and the first slip, and was dying down before the former put a quick dive to his left and grabbed it before it touched the ground.

England Cricket posted the video of the catch on social media, praising Billings for his outstanding catch. “What a grab @sambillings,” the caption read.

After the ongoing four-day practice match gets over, both England and South Africa will face each other in a three-match Test series, starting August 17 at Lord’s, London. The second match will start on August 25 at Old Trafford, Manchester, while the teams will return to London for the third game which is scheduled to kick off on September 8 at the Kennington Oval.

Both the teams go into the Test series having played six white-ball matches. While the three-match ODI series between them ended in a 1-1 draw after the rain played spoilsport in the decider game, the T20I series of as many matches saw South Africa registering a 2-1 win despite losing the opener.