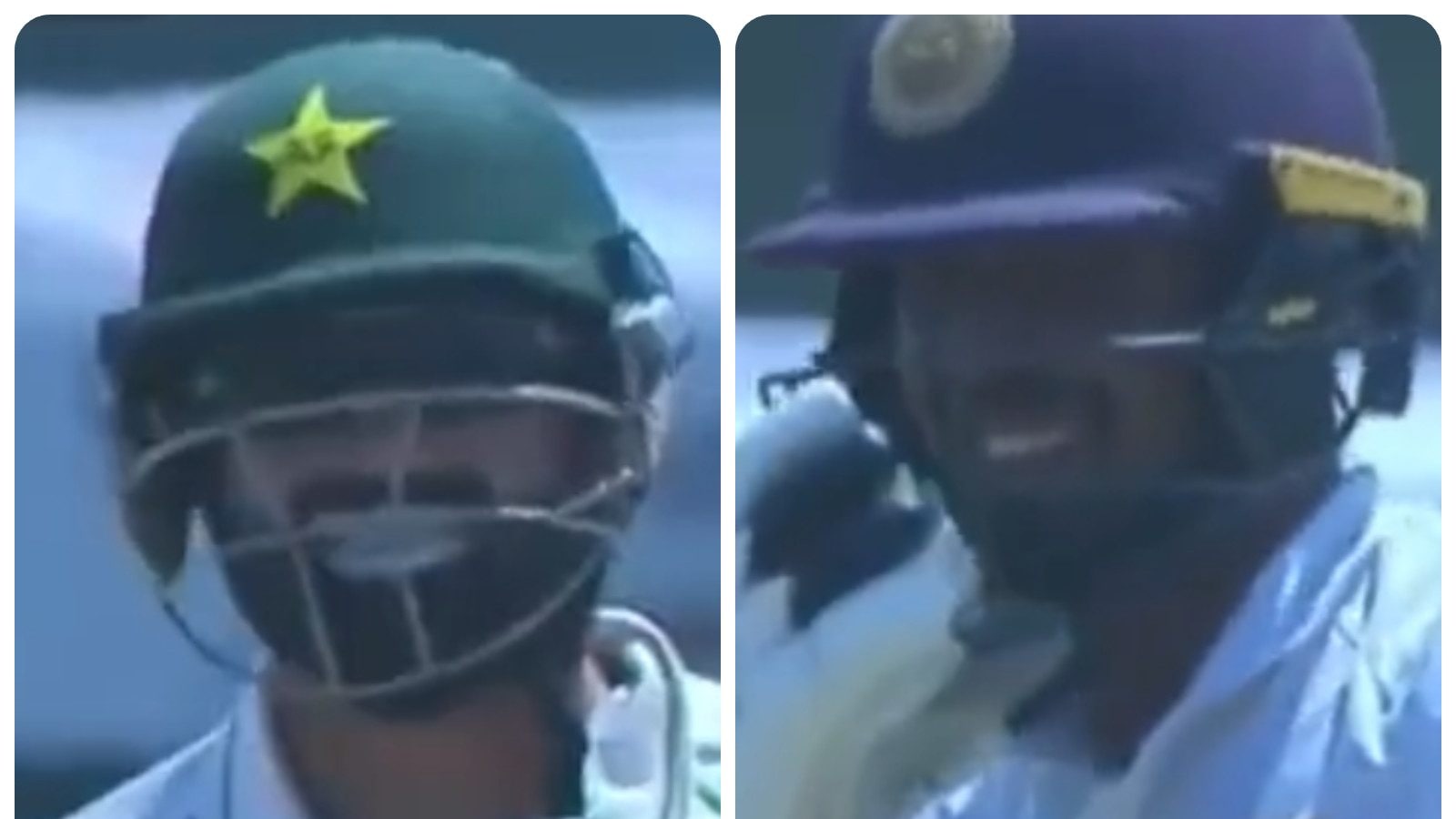 Pakistan dominated proceedings of the first Test match as they managed to bundle Sri Lanka out for 222 but the hosts hit back with two wickets before stumps on the opening day in Galle. Left-arm fast bowler Shaheen stood out with figures of 4-58 but Dinesh Chandimal’s attacking 76 and a late cameo of 36 by Maheesh Theekshana gave the hosts a fighting total on a pitch expected to aid spinners.

The pace spearhead struck in the third over of the day to send back skipper Dimuth Karunaratne for one, and leg-spinner Yasir Shah soon combined with the quick bowlers to have Sri Lanka in trouble after they elected to bat.

Nevertheless, Sri Lanka have some moments of humor as batter Oshada Fernando found out. As he faced one of the overs from the spinner, he heard wicket-keeper Mohammed Rizwan speaking in local Sinhalese language. One of the Sri Lankan journalist tweeted this video which has gained a lot of traction on social media.

“Rizwan is speaking Sinhala behind the wicket during Galla test. He is also making us learn a few Srilankan language words,” wrote another user.

“10 days in Srilanka and Rizwan has already learned some Sinhala and is now practicing behind the stumps,” tweeted a fan.

The tourists reached 24 for two at the close of play in Galle after losing their openers Imam-ul-Haq and Abdullah Shafique.

Azhar Ali, on three, and skipper Babar Azam, on one, were batting at close of play with Pakistan still trailing by 198 runs.

Fast bowler Kasun Rajitha trapped Imam leg before wicket for two and Prabath Jayasuriya took down Shafique for 13 with his left-arm spin on a day dominated by the bowlers.

Earlier Oshada Fernando and Kusal Mendis attempted to rebuild the innings in a 49-run partnership but Yasir, who is making a comeback to the team after a thumb injury that kept him out since August last year, broke through.