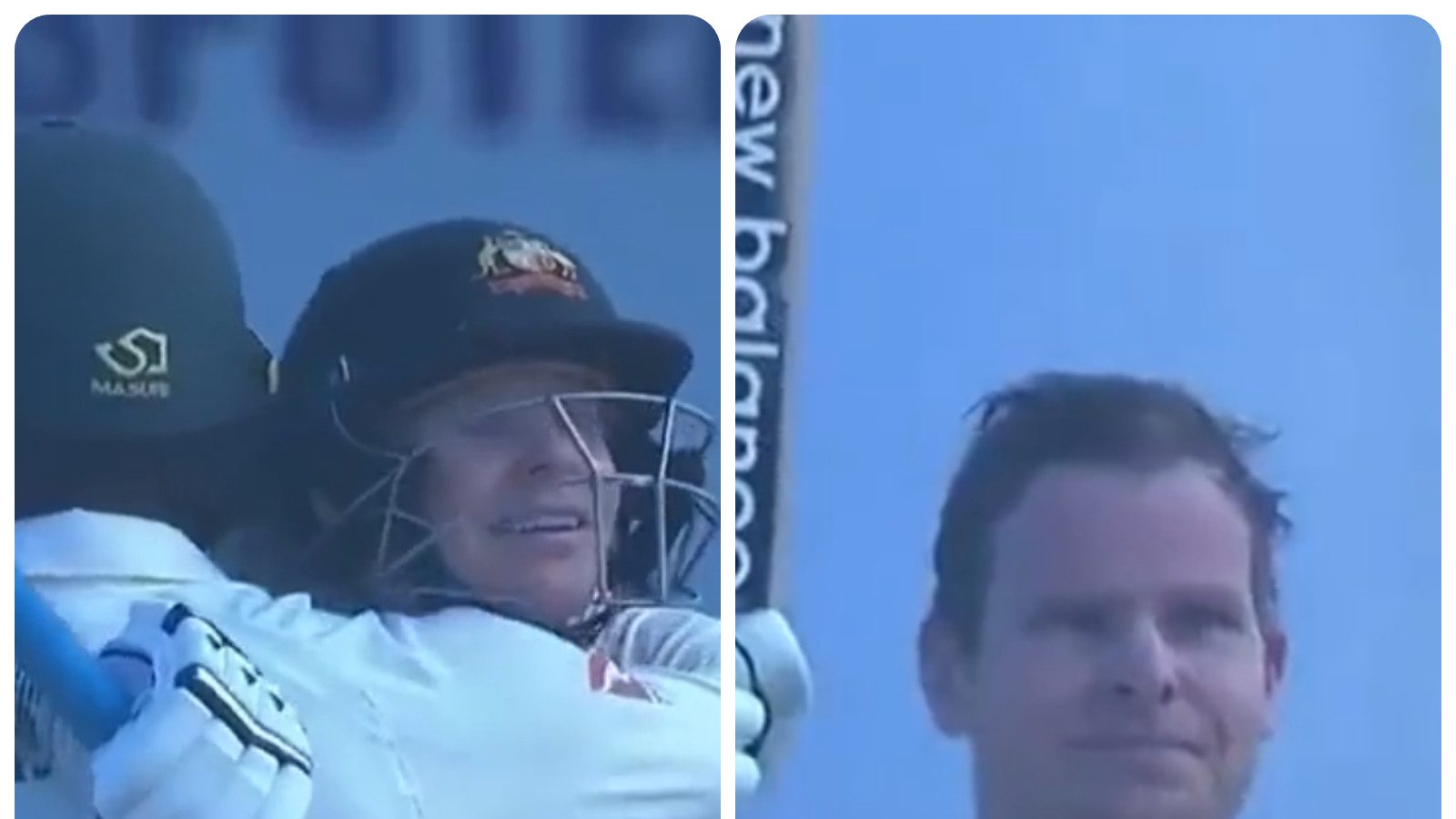 Just like Virat Kohli, Steve Smith too is struggling to get the runs in international cricket. While the likes of Joe Root has reached 28 Test centuries from 18 (where he was on January 2021), the likes of Virat Kohli and Steve Smith have struggled to score even one. Nonetheless, we don’t know when would Kohli’s century drought will come to an end, but Smith did put an end to his 546-day century drought as he slammed his first ton since January 2021 which came against India in Sydney.

He played an exquisite cover drive to reach the mark in style and celebrated like never before. There was a sense of calmness on his face like a burden has been put off his shoulder. Check out this video.

The tourists reached 298 for five at stumps after electing to bat first in their bid to clinch the two-match series in Galle which is hosting the second Test.

Smith, on 109, and wicketkeeper-batsman Alex Carey, on 16, were batting at close of play after debutant left-arm spinner Prabath Jayasuriya took three wickets.

But it was the 134-run third-wicket stand between Labuschagne, who made 104, and Smith that remained the highlight of the day’s play.

“Both of us felt like we’d left some runs out there for the last few Tests. So it was nice to cash in when we got an opportunity,” Labuschagne told reporters.

“From last week I was very disappointed. Probably just going away from my process rather than the dismissal.

“And obviously Smudge got run out (in the last Test). The boys said this morning when he rocked up to the ground, he was in the Smudge (Smith) headspace and he looked locked in.”

Smith, who got run out for six in the opener, smashed fast bowler Kasun Rajitha for a cracking cover drive to bring up his 28th Test hundred as he raised his bat to an applauding dressing room.

It was the former captain’s first hundred since January last year during the third Test against India in Sydney.