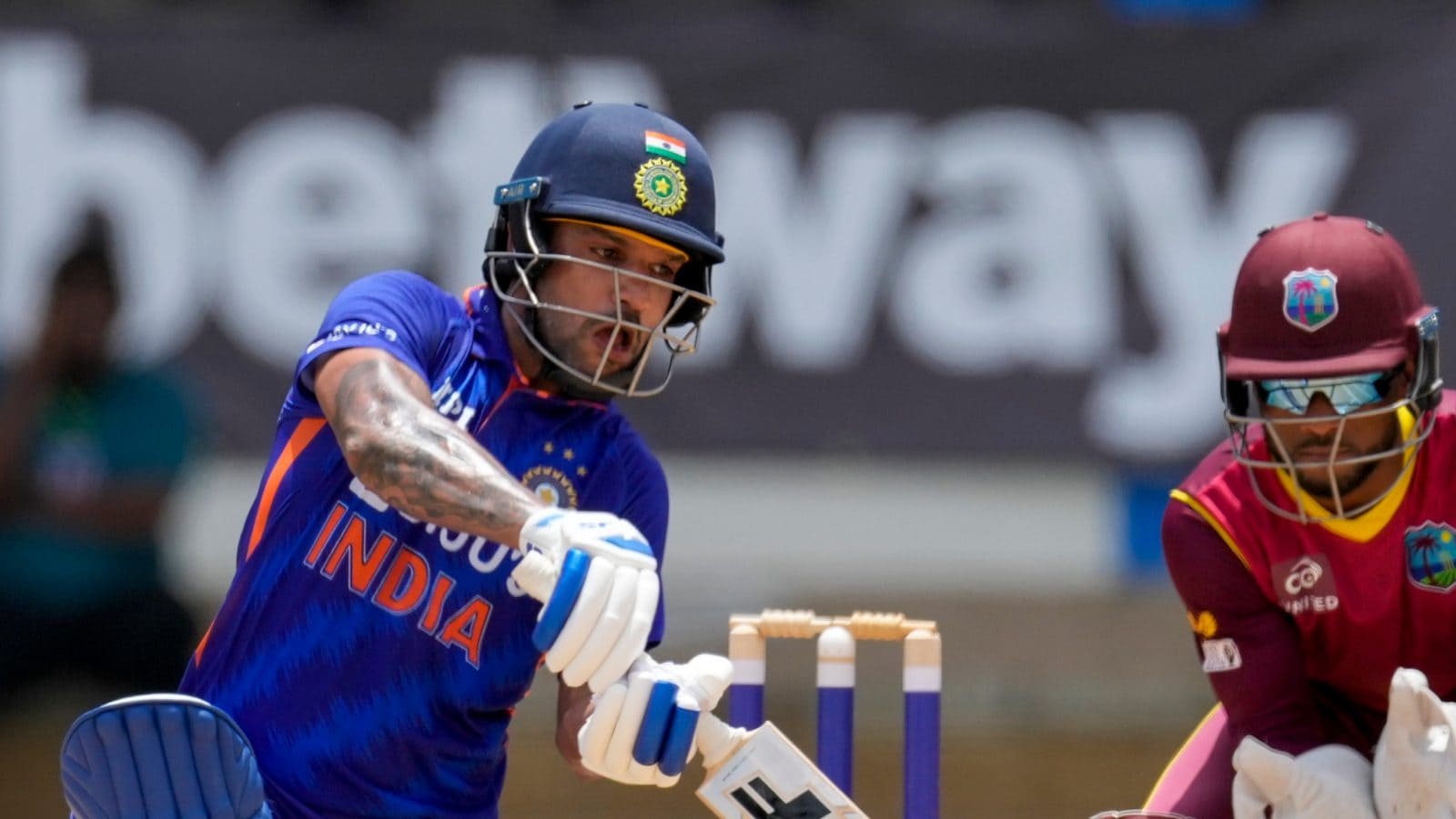 Riding on half-centuries from top-order batters India managed to post 308/7 in 50 overs against West Indies in the first ODI at Queen’s Park Oval in Port of Spain, Trinidad on Friday. Captain Shikhar Dhawan led the team from the front but missed his century by three runs and was dismissed on 97. The West Indies bowlers bounced back in the middle overs and restricted India 15-20 run shorts after a solid start.

Asked to bat first, Dhawan and Shubman Gill shared a 119-run stand for the opening wicket which gave India an upper hand. Gill was preferred as Shikhar Dhawan’s opening partner over Ishan Kishan and Ruturaj Gaikwad for 1st ODI. The 22-year-old scored a solid 64 runs but failed to convert it into a three-digit score and got run out by Nicholas Pooran. The talented batter looked in sublime touch during his 53-ball stay in the middle as it was laced with six fours and two sixes.

It was the 18th over of the match when Gill tapped the ball on mid-wicket and instantly ran for a quick single. He accelerated at the start but went casual in the middle of it as Pooran grabbed the ball and his direct throw ended Gill’s stay in the middle.

Meanwhile, Dhawan accelerated after Gill’s departure which allowed new batter Shreyas Iyer to get settled in the middle. However, the southpaw failed to score the century as he cut the ball on the point where Shamarh Brooks took a fine catch. He struck 10 fours and three sixes during his captain’s knock.

Iyer, who started slow, paced his innings well and scored 54 runs off 57 balls. He was dismissed by Gudakesh Motie. Suryakumar Yadav failed to score big and got castled by Akeal Hosein on 13. While Sanju Samson, who was picked over Ishan Kishan, failed to grab the opportunity and was dismissed cheaply on 12.

It was a tricky day for Deepak Hooda as he failed to manufacture big shots. The talented batter enjoyed decent success with the bat this year but on Friday he failed to hit big shots and was dismissed on 27 off 32 balls. He just managed to hit just one six.

For Windies, Gudakesh Motie was the pick of the bowlers with two wickets, while Akeal Hosein, Romario Shepherd and Alzarri Joseph shared a wicket each.