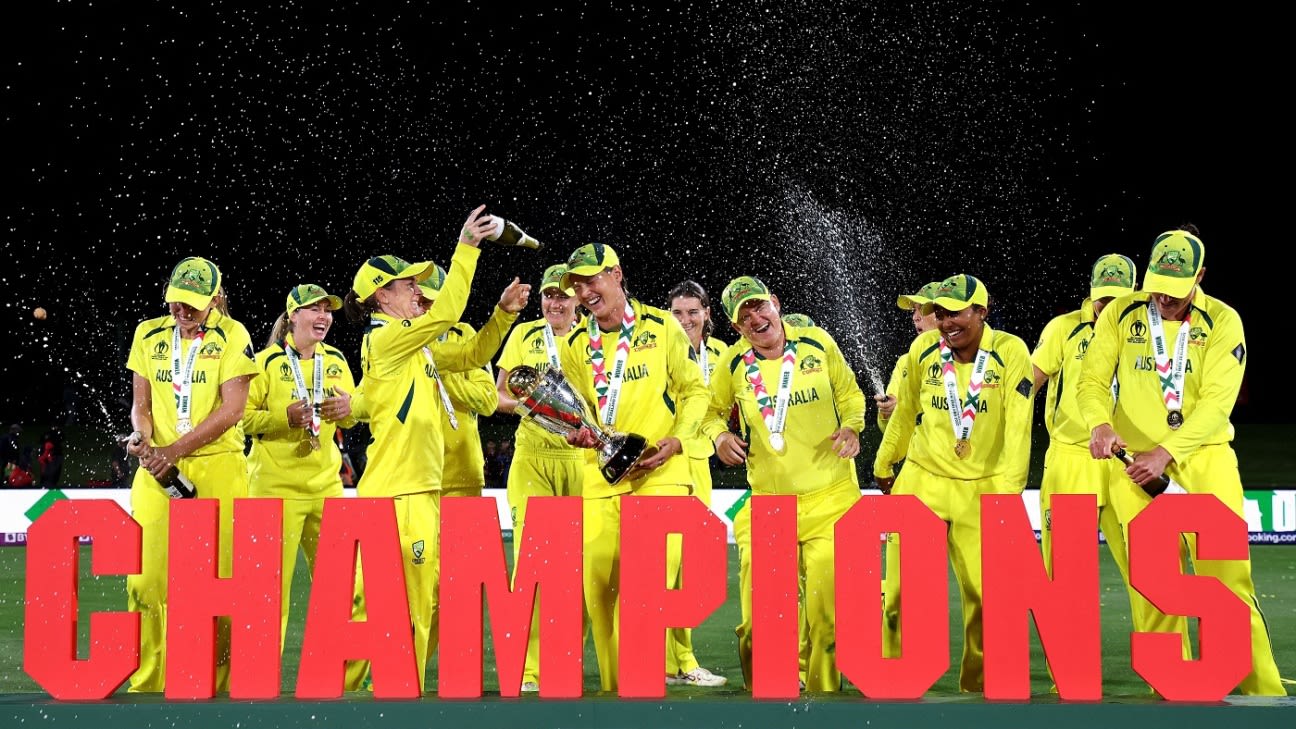 When Nitschke and her fellow selectors next get around a table to pick the squad to tour India in December one of the key questions will be who replaces Rachael Haynes following her retirement last week. She will be a significant loss across all formats, but the most pressing one initially will be T20 with the five matches in India and an eye on next year’s World Cup.

“Rachael leaves a massive void, both on and off the field,” Nitschke said in Brisbane on Tuesday. “She’ll be really hard to replace.”

From a batting point of view, a lot could depend on how players go in the upcoming WBBL. If Ellyse Perry brings the form she showed at the start of the Hundred into a middle-order role with Sydney Sixers then it could be a way for her to slot back in. If there is a thought to look to the future, a player such as Phoebe Litchfield may get their chance. Then there is a more experienced figure such as Georgia Redmayne who has been on the fringes for the last couple of seasons without yet making a debut.
Meg Lanning‘s indefinite break from the game after the Commonwealth Games followed by Haynes’ retirement has brought into focus the captaincy. If Lanning hasn’t returned by the India tour a new leader will be required, and even if Lanning is back it remains a longer-term question about who will follow her. A solution for the immediate needs if required could be Alyssa Healy, who will captain New South Wales early this season, although she would need to balance it with batting and keeping, while Jess Jonassen and Tahlia McGrath also captain their states.

“There are a good group of emerging leaders in our team that are going to have opportunities to stick their hands up,” Nitschke said. “We don’t have a designated leadership group but there are people amongst the team and group that are leaders on and off the field. Some girls lead in their states. They all have different strengths.”

At some point over the next few years, other players will follow Haynes’ lead and call it day – some perhaps sooner rather than later – as one of the most dominant sporting teams in history begins to break up. The Australian system is well placed to fill gaps as they emerge, but the strength of the domestic game – and areas such as Australia A – will need to come into their own. And, ideally, departures will be staggered to avoid a mass exit of three or four key players at once.

“Whether it is now, in one year or two years’ time, there are going to be some changes,” Nitschke said. “For the moment we have a good strong core of a team. I expect them to continue and be around for a little while but there are going to be changes afoot. We have a really good domestic comp backing us up so it is going to be exciting seeing who puts their hand up.”

Right now, Australia hold every major prize going: ODI World Cup, T20 World Cup, Commonwealth Games gold and the multi-format Ashes. In terms of winning, they have almost pushed the bar as high as it can go. It has been an extraordinary era. Over the last few years, the team has always had another big goal to aim at, whether it be the home T20 World Cup, ODI redemption or the gold medal push. Now they need to start again.

“It’s one of the best sporting teams in Australia at the moment, or for a long time, and to be involved in that first hand and guide them in that is a pretty exciting prospect,” Nitschke said. “If it isn’t broke, don’t fix it. I certainly won’t be going in and changing everything we do because we’ve been so successful. Think it’s about evolving with the game and looking to improve. It’s about reassessing and reevaluating.

“We’ve obviously been very successful and it’s a challenge to stay at the top of the game. We know around the globe there are other teams coming for us. India continually keep challenging us and will continue to do so. We hope that just pushes us to get better as well.”

With Nitschke’s promotion and Ben Sawyer having left to be head coach of the New Zealand women’s team, there will be considerable changes in the backroom set-up. Dan Marsh and Jude Coleman were the assistant coaches for the Ireland tour and Commonwealth Games. In the last couple of weeks Cricket Australia has advertised for the position and the initial deadline is September 23. “We need people with relationship-building skills, that know the game and players really well, and the trends of the global game, think that is real benefit because we are starting to perhaps play a bit more Test cricket,” Nitschke said. “To keep challenging [the players] and pushing them forward is something pretty important for us.”