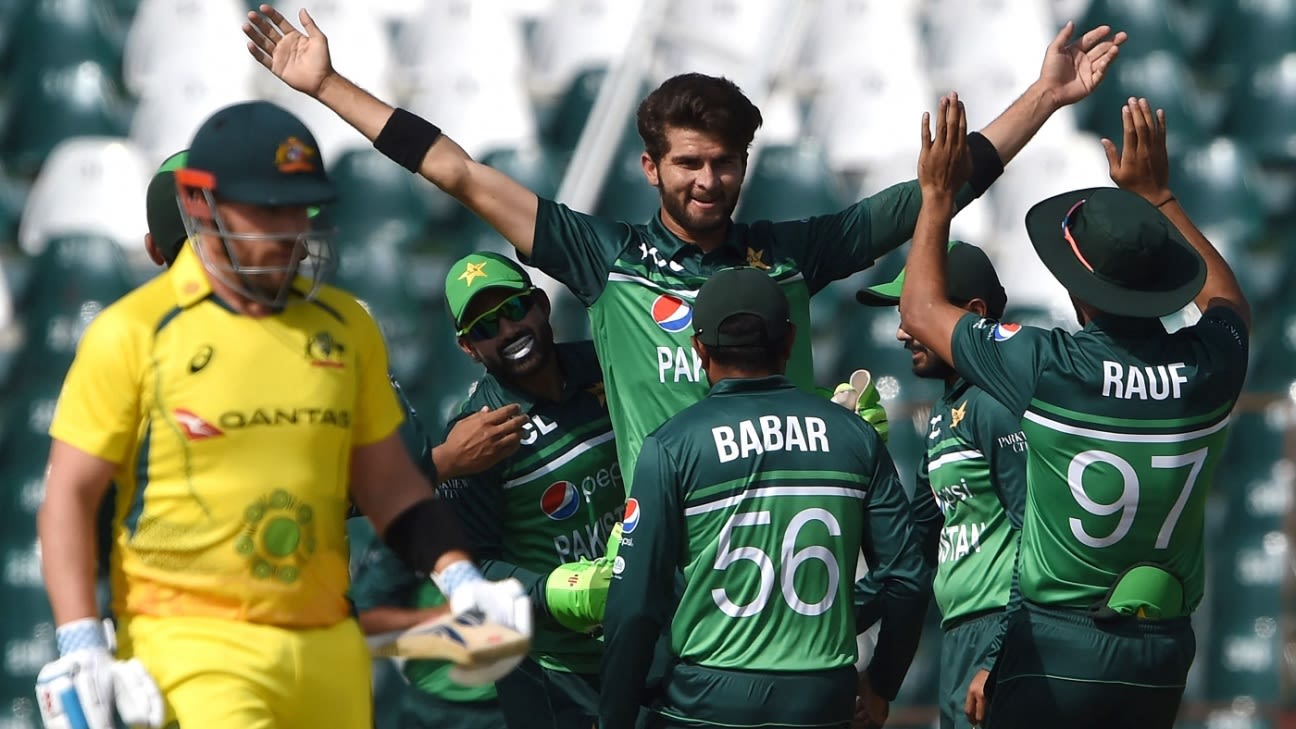 Shaheen Afridi‘s recovery from a knee injury has made encouraging progress, with expectations that he will be fit enough to play for Pakistan at the T20 World Cup in Australia.

Afridi is recovering from a ligament injury to his right knee sustained while fielding during the first Test against Sri Lanka in Galle in July. On Thursday he was included in Pakistan’s squad for the global tournament, but not for the preceding T20I series against England or the tri-series in New Zealand.

Afridi has been out of action since that injury as questions have been raised about how the board has handled his rehabilitation. He travelled with the team to the Netherlands for a three-match ODI series in August, in the hopes that that he would recover with on-tour rehab. That didn’t pan out as expected, as swelling on his knee started to get worse in the Netherlands and the PCB announced then that he would be out for 4-6 weeks.

But he was kept with the squad as they travelled to the UAE for the Asia Cup as another attempt was made to get his rehab going. But medical scans and reports confirmed a posterior cruciate ligament injury and it was eventually decided that he would travel to the UK for further rehab and work with doctors on the PCB medical panel, Doctor Zafar Iqbal and Dr Imtiaz Ahmed.

Afridi recently put out a video on social media of him working out at the gym. The next step in his recovery is to start running and the plan is that he starts bowling again around the first week of October. He is expected to join the Pakistan side in Brisbane on October 15 ahead of the start of the T20 World Cup.

That progress has come, however, amid more indications of how problematic the rehabilitation has become. On Thursday, former captain Shahid Afridi – whose daughter Shaheen is engaged to – revealed on Pakistan’s Sama TV that the fast bowler had flown out to England on his own expense.

“He has flown out to the UK on his own ticket, he is staying there on his own money, I arranged a doctor for him there, he contacted him there, the PCB is not doing anything in all this,” Shahid Afridi said. “As far as I know he is doing everything about staying there and coordination with doctors.” That version has been confirmed to ESPNcricinfo by sources familiar with the situation.

ESPNcricinfo understands that after Shahid Afridi’s comments, the PCB contacted Shaheen to reassure him that the expenses would be reimbursed. The situation compelled the board to put out a release late on Thursday where it stated: “It goes without saying that the PCB has always been and will continue to be responsible for arranging medical care and rehabilitation of all its players requiring any treatment.”

Another Pakistan-contracted player Fakhar Zaman is also set to depart for London to undergo rehabilitation on his knee. He sustained an injury during the Asia Cup final when he landed awkwardly on his right knee while fielding, whiled ruled him out of the home series against England and Pakistan’s 15-man squad for World Cup. He is, however, named as a travelling reserve for the world event.

“During his [Fakhar] stay in London, the PCB will make all relevant logistical arrangements for Fakhar and he will remain under the supervision of the PCB Advisory Panel, which includes Dr Imtiaz Ahmad and Dr Zafar Iqbal, who are also treating Shaheen Shah Afridi,” the PCB said in statement. “The PCB is also pleased to advise and update that Shaheen Shah Afridi is making excellent progress in his rehabilitation in London and is on track to make a full recovery in time for the ICC Men’s T20 World Cup Australia 2022.”