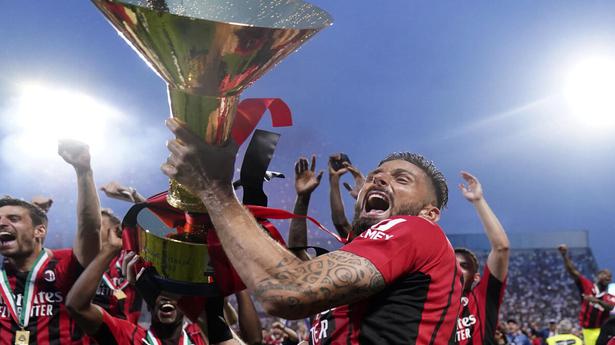 Serie A 2022-2023 season gets underway on Saturday with defending champion A.C. Milan taking on Udinese in the season opener at Stadio Giuseppe Meazza, San Siro.

Last season, despite fielding a young side, A.C. Milan defied all odds to win the Scudetto. This season the Milan club looks to repeat the feat as it has recruited four new footballers. Charles De Ketelaere, a 21-year-old Belgian midfielder, is the latest signing for the club.

Juventus, which finished fourth last season, will face Sassuolo as the club aims to win its 37th title. The Turin club last won the title in 2019-2020. This season, Paul Pogba’s return to Allianz Arena and the signings of experienced Angel di Maria, Gleison Bremer, and Andrea Cambiaso will boost Juventus’ chances of reclaiming the league trophy.

Inter Milan, A.S. Roma and Napoli are the teams who will most probably be A.C. Milan and Juventus’ biggest challengers.

Where can you watch the Serie A matches?

All Serie A matches will be telecast live on Sports18 1 and Sports18 1 HD TV channels in India and be streamed online on Voot Select and JioTV.