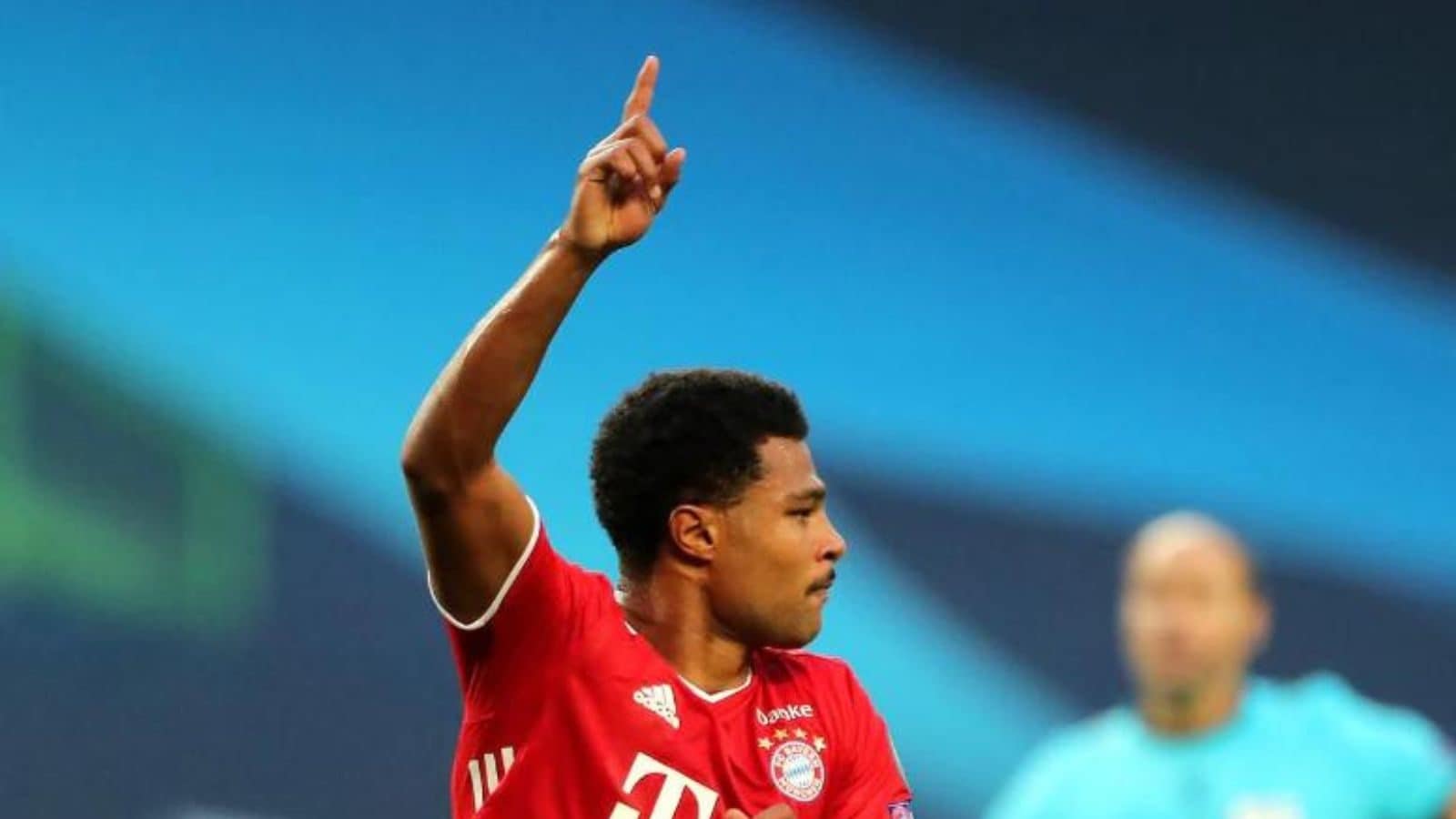 Bayern Munich said on Saturday they had extended the contract of Germany winger Serge Gnabry until 2026, the news closely following the announcement of a deal to sell Robert Lewandowski to Barcelona.

Bayern announced the two developments in quick succession as they presented their squad for the upcoming season at the Allianz Arena.

Like Lewandowski, Gnabry’s future at Bayern had seemed to be in doubt but on Saturday both sides proclaimed how happy they were with the deal.

“I thought a lot about what I want as a player in the coming years, and came to the conclusion that I want to stay at Bayern, win everything again,” said Gnabry, who has won four Bundesliga titles as well as the Champions League, the World Club Cup and the German Cup at Bayern.

“It’s another strong signal that a player like Serge Gnabry sees his future at Bayern,” Hainer told Bayern’s website.

“With him, Sadio Mane, Thomas Mueller, Kingsley Coman, Leroy Sane and Jamal Musiala, Bayern have outstanding options on the flanks.”

Like Lewandowski, Gnabry had one more season left on his contract

In the end, both parties agreed on a new contract, which will allow the reigning German champions to keep their two main wingers for several years, as French international Kingsley Coman also extended his contract until 2027 earlier this year.

The Bavarians start their new season on July 30 with the German Super Cup at RB Leipzig.