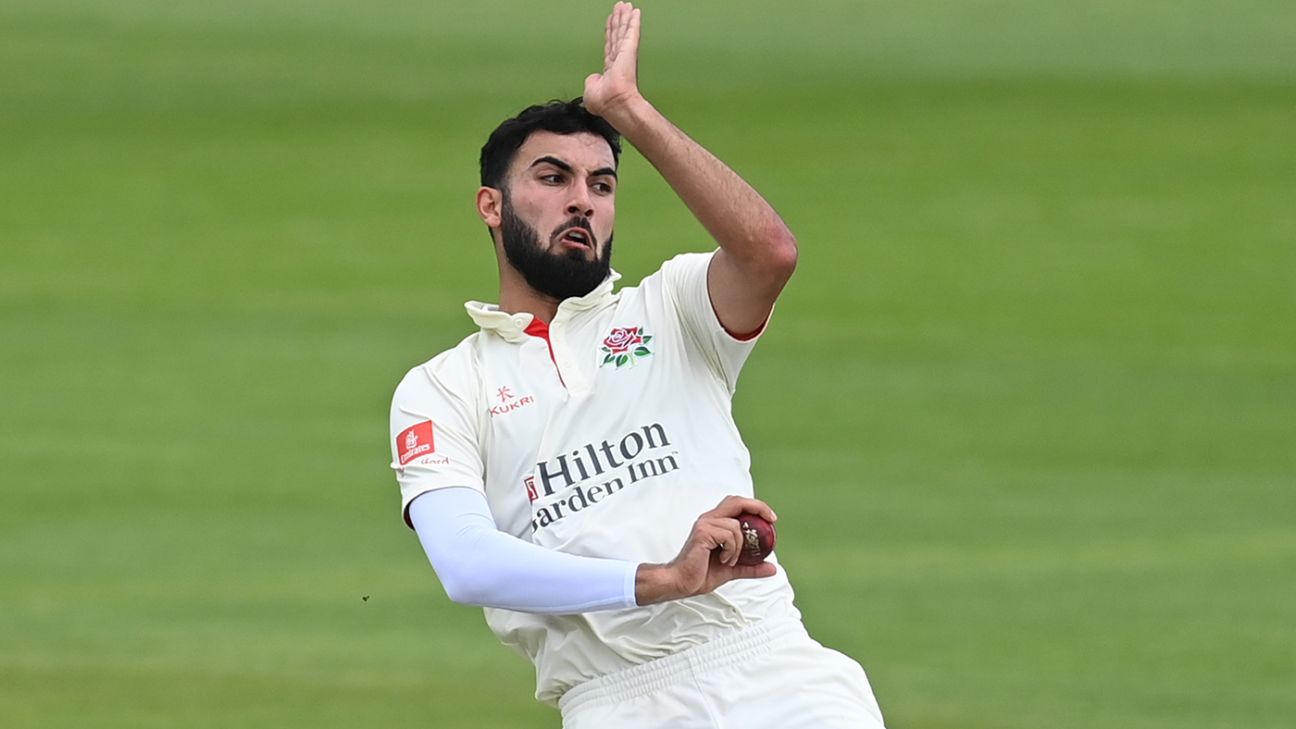 Saqib Mahmood has turned down an offer from Warwickshire and signed a new, two-year contract with Lancashire until the end of the 2024 season.

Mahmood, 25, enjoyed a breakthrough winter for England, impressing in the Caribbean in his first Test series, but was ruled out of this season after one game due to a stress fracture of the lower back.

His contract was due to expire at the end of 2022, raising the possibility that he had played his last game for Lancashire – not least with Warwickshire making known their desire to bring him back to the city where he was born.

But Lancashire announced on Monday that he had signed an extension. “I am really pleased to be able to commit my future to the club who have shown faith in me from my days in age-group cricket to now at first-team level,” Mahmood said.

“It’s been a difficult few months since suffering the stress fracture to my back, but the support from Lancashire Cricket and in particular our medical department has played a huge role in my ongoing recovery.

“I am now looking forward to getting back to full fitness as soon as possible and helping the Red Rose to fulfil our ambitions over the next couple of years and beyond.”

Mark Chilton, Lancashire’s performance director, said he was “thrilled” that Mahmood had signed an extension. “It’s obviously been an incredibly frustrating season for him personally with the injury but he’s making good progress and we’re looking forward to getting him fit and firing for us again,” he said.

“Saqib has been with the Red Rose for a decade now, after graduating through our pathway and academy system, and we are really pleased to be able to keep a homegrown talent at the club. We look forward to seeing him continue to develop as a player and help Lancashire compete for trophies on all fronts.”