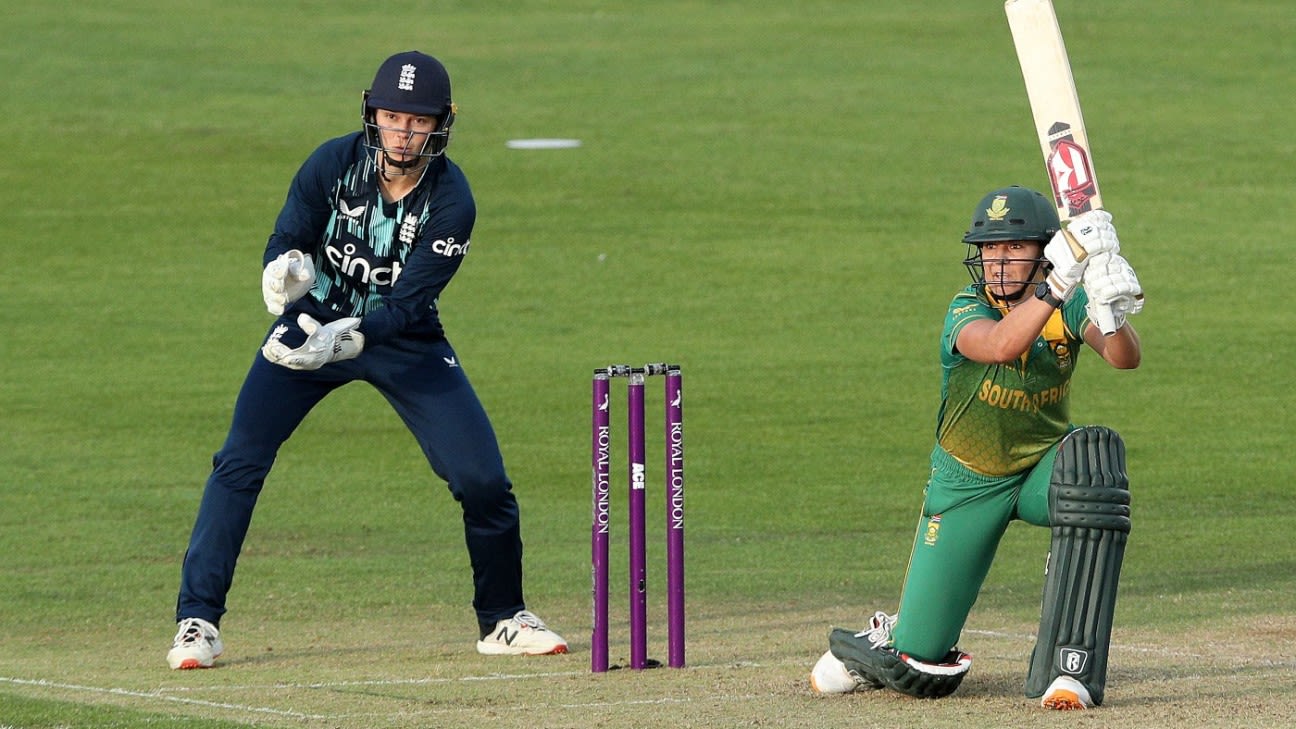 Marizanne Kapp will miss the T20I leg of South Africa’s England tour and is in doubt for the Commonwealth Games after asking to return home for family reasons.
Kapp and Tumi Sekhukhune were notable omissions as South Africa took to the field for the first of three T20Is against England at Chelmsford on Thursday, the latter because of a recurrent right groin injury.

“The 23-year old Sekhukhune experienced discomfort during the warm-ups ahead of the third and final ODI against England on Monday and after being assessed by the team’s medical staff, it was agreed she will be sent home to begin her rehabilitation,” Cricket South Africa said in a statement.

“Meanwhile, star allrounder Kapp has requested to travel back home to Gqeberha to be close to her family during this trying time.”

A CSA spokesman clarified that Kapp was facing “difficulties back home that she asks remain private for now” and that her departure was nothing to do with her own fitness or an arduous current tour, which has seen South Africa defeated in all three ODIs.

Her departure follows the shock retirement of batter Lizelle Lee immediately after the drawn Test which kicked off the multi-format series in Taunton last month, which Kapp said earlier this month had taken a mental toll on her as one of Lee’s “best friends”.

Lee later accused CSA of threatening to deny her an NOC to participate in the Hundred, but CSA has refuted her claim and said national coach Hilton Moreeng was aware of the organisation’s actions, which contributed to her retirement. Moreeng and CSA have rejected Lee’s claims.

Kapp’s availability status for the Commonwealth Games was yet to be confirmed, with the tournament beginning in Birmingham on July 29 and South Africa due to open their campaign against New Zealand the following day.

She scored a match-saving 150 and 43 not out in the rain-affected Test as well as back-to-back fifties in the last two of their three ODIs, both of which South Africa lost by more than 100 runs.

Top-order batter Tazmin Brits has been called up to South Africa’s T20I squad for the remainder of their series with England which includes T20Is in Worcester on Saturday and Derby on Monday.