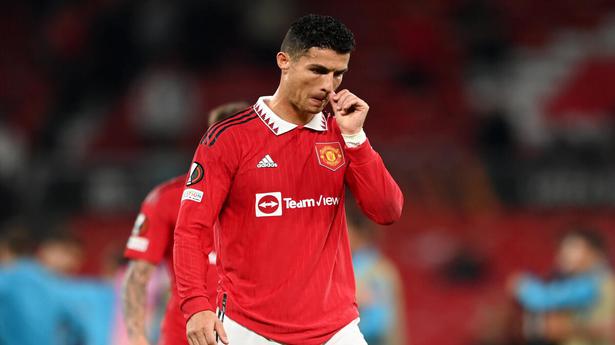 Cristiano Ronaldo was charged by the Football Association on Friday in relation to an incident that saw the Manchester United forward apparently knock a phone out of an Everton fan’s hand at a Premier League match in April.

It is alleged Ronaldo’s conduct was improper and/or violent, the governing body said.

Ronaldo received a police caution in August after being interviewed by officers concerning an allegation of assault and criminal damage following the incident at Goodison Park on April 9.

The footage was posted online of Ronaldo appearing to knock the supporter’s mobile phone onto the ground as he walked toward the tunnel following United’s 1-0 loss.

Under British law, a caution is essentially a warning given out by police for a minor crime if the person admits to the offence.

After the incident, Ronaldo issued a social media apology for his “outburst” and invited the supporter to watch a game at Old Trafford “as a sign of fair play and sportsmanship.”