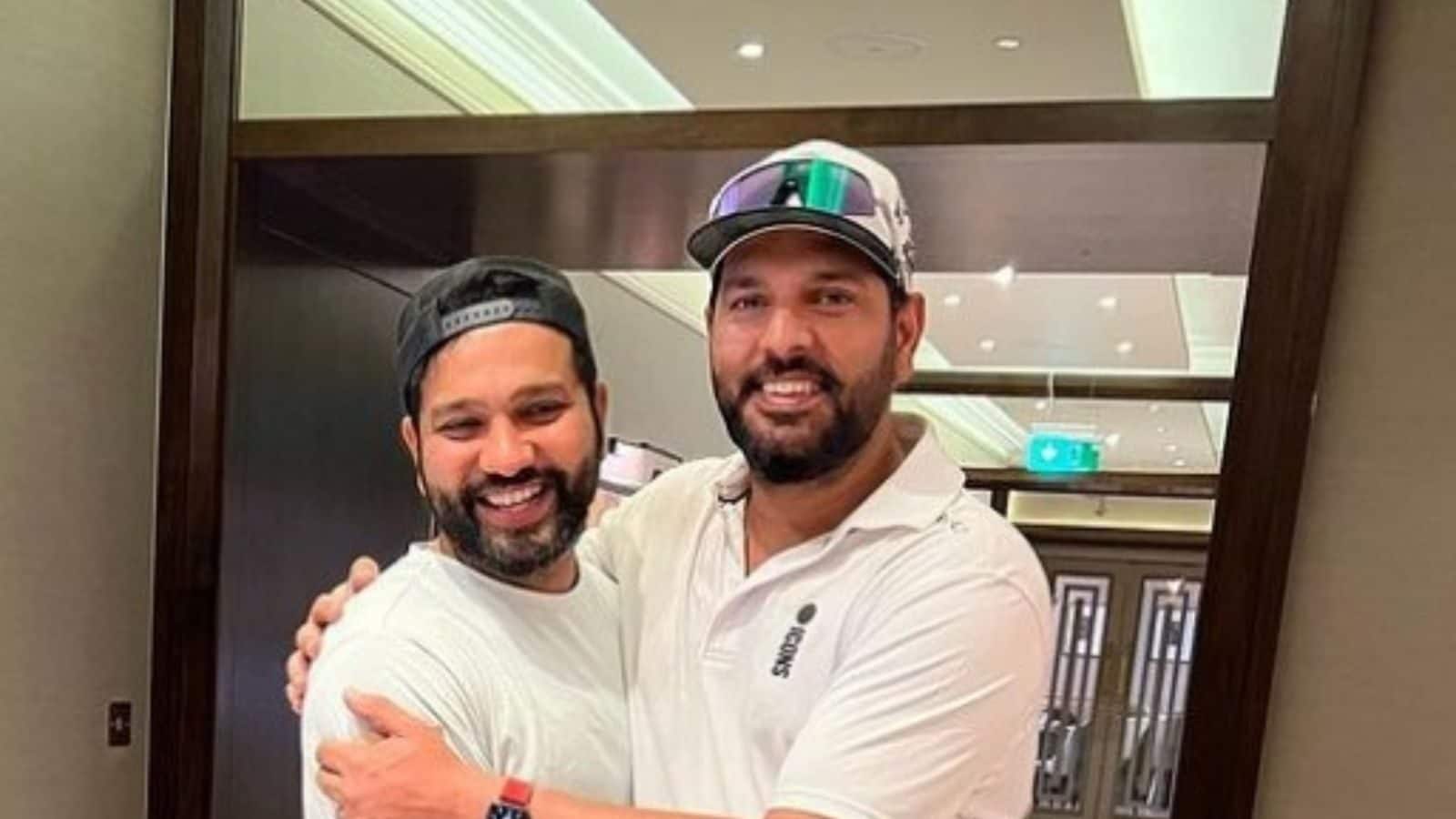 After defeating England in T20Is and ODIs at their home, Indian captain Rohit is enjoying some quality time away from the field. He has been given a rest for the West Indies ODIs, starting July 22 in Trinidad. However, he will return to lead the team in the 5-match T20I series later this month.

Meanwhile, the Indian skipper came across one of his former India teammates, former all-rounder Yuvraj Singh. Taking to his official Instagram handle, Rohit shared a picture in which both the Indian stalwarts could be seen exchanging smiles.

Both Rohit and Yuvraj were part of India’s triumphant campaign at the inaugural T20 World Cup in 2007 in South Africa. While the latter was an established name in the world of cricket then, Rohit was making his international debut. Interestingly, the game in which Yuvraj hammered six sixes, it was Rohit’s first-ever international match.

Sharing the happy picture with Yuvraj, the current Indian captain wrote on his Instagram account, “Met my long lost friend after ages @yuvisofficial.”

Rohit and Yuvraj share a friendly bond which is not a hidden fact. Apart from representing India together, both have also played for Mumbai Indians in the Indian Premier League (IPL).

Back in 2022, Rohit, in an Instagram chat with Suresh Raina, had revealed that he feared Yuvraj the most when he first entered the Indian dressing room.

“When I joined the team, there were so many serious people in the team at the time. The team environment was a bit of a school-type environment – we couldn’t talk too much, we couldn’t do this and that. I was very scared of Yuvi pa. If we made any noise here or there, Yuvi pa would stare at us… ‘Who’s the one talking?’,” Rohit had said.

“He was always very supportive. First two years, I wasn’t very close to him, but after that, I realized his nature, his personality, it was different. So, the youngsters coming into the team, they were immediately comfortable with having a person like that around the team. If a guy who you’ve watched keenly for years is coming to help you, the impact is different,” he further said.