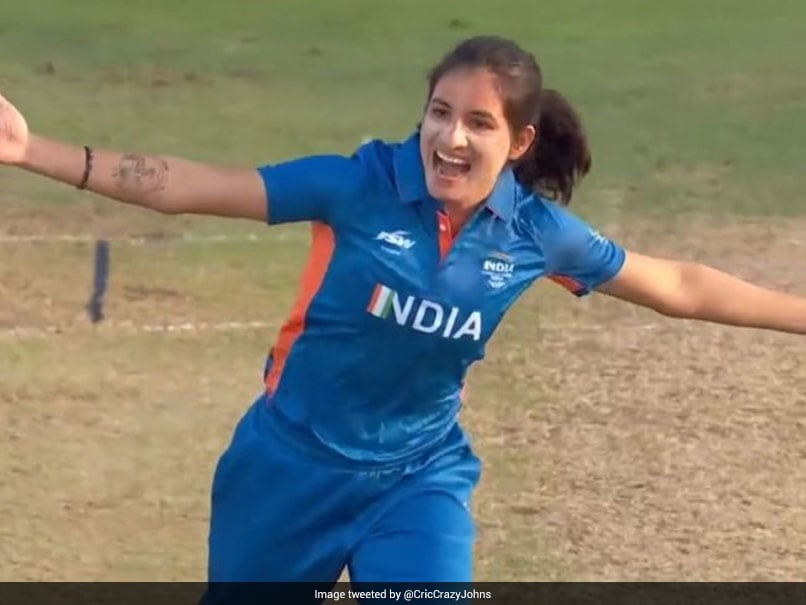 Pacer Renuka Singh’s four-wicket haul helped Team India defeat Barbados by 100 runs in the women’s T20 cricket Group A match at the Commonwealth Games on Wednesday. This win helped the Harmanpreet Kaur-led side progress to the semi-finals. After posting a total of 162, India bowled out Barbados for 62. Apart from all these triumphs, one thing which grabbed everyone’s attention was Renuka’s inswinger to dismiss Aaliyah Alleyne. In the 5th over of Barbados’ batting innings, Renuka threw an inswinger towards Alleyne, after which the batter was left completely puzzled.

The ball nipped back with the angle and the Barbados batter for some odd reason chose to not offer any shot. In the match, Renuka went on to take four wickets and earlier, she had also taken as many wickets against Australia.

Invited to bat, India posted a competitive 162 for 4 on the back of a fine unbeaten half-century from Jemimah Rodrigues (56 not out off 46 balls) and a 26-ball 43 from opener Shafali Verma. The Indians then restricted Barbados to 62 for 8 in 20 overs with Renuka bamboozling the Barbados batters with an impressive spell. Captain Harmanpreet Kaur, Sneh Rana, Meghna Singh and Radha Yadav chipped in with a wicket apiece.

Kyshona Knight was the top-scorer for Barbados with 16 while Shakera Selman made 12. Seven of their batters failed to reach double-digit figures. Barbados were dismissed for 64 in their nine-wicket defeat against Australia in an earlier match.

With the win, India finished second behind Australia (6 points from 3 matches) in Group A with four points from two wins. They had beaten Pakistan and lost to Australia in their earlier matches. The semifinals will be played on Saturday.