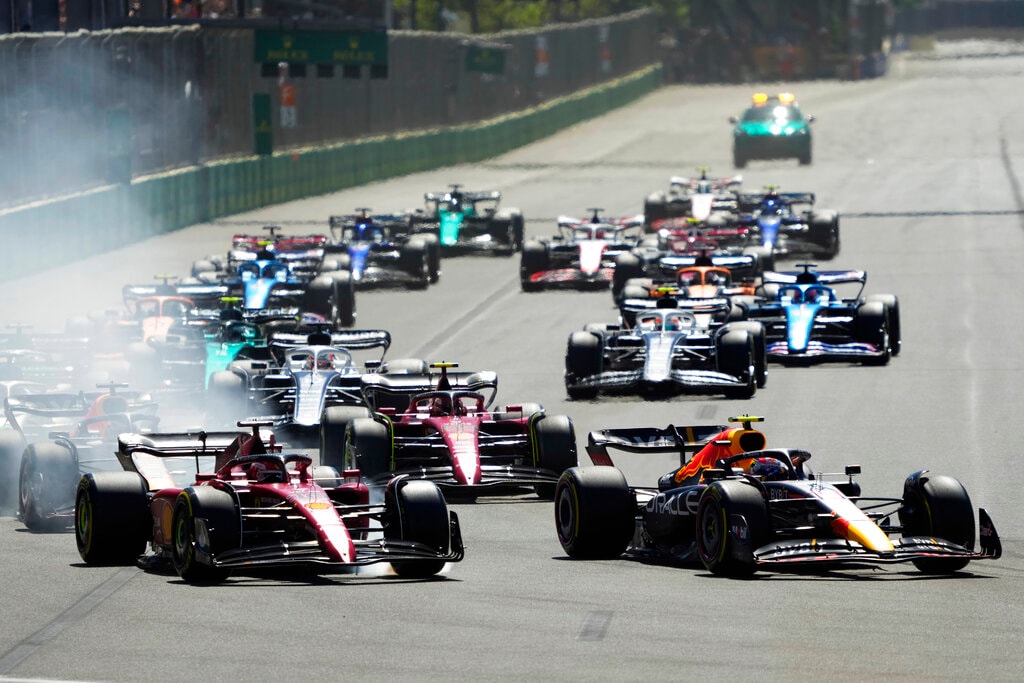 Red Bull’s aura of invincibility may have slipped after successive defeats but team principal Christian Horner has pledged a speedy reaction after Sunday’s Austrian Grand Prix.

Max Verstappen had arrived at one of his most successful tracks as the firm favourite to regain the winning groove after suffering in seventh at Silverstone behind Leclerc’s Ferrari teammate Carlos Sainz.

“We’ve got to keep pushing. We can’t afford to back off,” he added ahead of the race on the Cote d’Azur on July 24.

World champion Verstappen duly won Saturday’s sprint, but was thwarted by a pacy Ferrari and a composed Leclerc who overtook the Dutch driver no fewer than three times en route to his third success of the campaign.

“Ferrari just seemed lighter on the tyres and obviously had a pace advantage and that gives you more strategic options,” Horner said.

“We still got the fastest lap but we didn’t have the range we had yesterday (Saturday) and that’s something we need to understand.”

Sergio Perez in the other Red Bull had his race fatally compromised after a clash with George Russell’s Mercedes on the opening lap forcing his retirement a few laps later.

“It was a shame because you can see Checo was ahead there. There was so much damage there was no chance for him to score any points so better to save the mileage.”

Verstappen, who described the day as “tricky”, still has a healthy lead in the championship, by 38 points from Leclerc, who moves into second above Perez, ahead of the next race in the south of France.

‘Lego car’
Mercedes had an interesting weekend in the picture-postcard Styrian mountains.

It started with Lewis Hamilton and then Russell giving their mechanics extra work after crashing their cars in Friday qualifying.

“It was like somebody had dropped a Lego car on the floor” team boss Toto Wolff had said of the scene in the pits as the mechanics set to work.

Considering how their weekend had started they were understandably satisfied at taking another podium with Hamilton third and Russell fourth.

“After a difficult Friday with the crash we were just not expecting it,” said Hamilton.

“I’m really so proud of everyone for working so hard to rebuild the car and everyone back at the factory.

“This is a great recovery for us as a team to get a third and fourth so we have to keep our heads down and keep chipping away.”