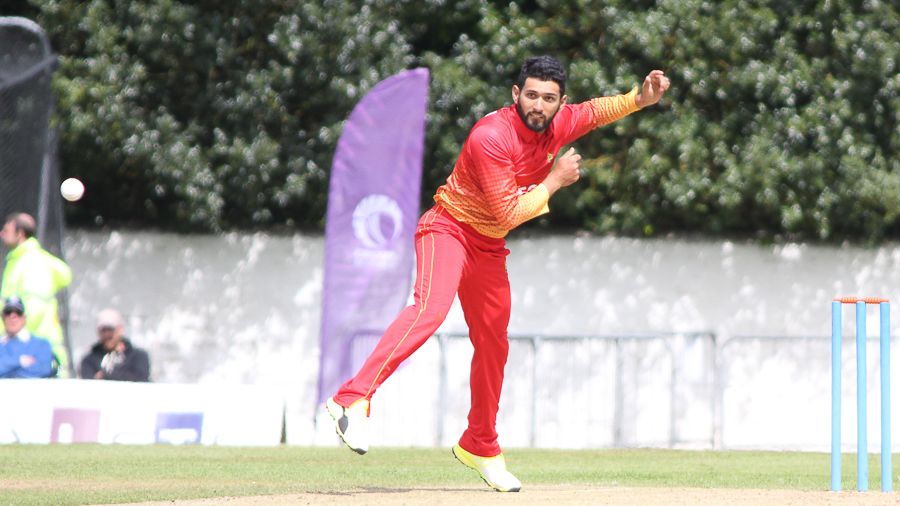 Zimbabwe denied Netherlands their third straight championship at the T20 World Cup Qualifier as the hosts defended a total of 132 to secure a 37-run win in the final in Bulawayo. Netherlands – who have already claimed a spot at the T20 World Cup – collapsed from 45 for 2 to be bowled out for 95 in 18.2 overs as Sikandar Raza‘s extraordinary tournament concluded in a Player-of-the-Match performance as he took 4 for 8.

The result means that Zimbabwe will go to Hobart for the opening round of the T20 World Cup in Australia this October, where they will be in a group with Ireland, Scotland and West Indies. Netherlands will be sent to Geelong for their opening round fixtures against Namibia, Sri Lanka and United Arab Emirates. The top two teams in each opening round group will advance to the Super 12 stage.

Both teams had produced dominant performances with the bat throughout the tournament before a low-scoring thriller unfolded on Sunday in which nobody made more than the 28 off 25 balls by Sean Williams at No. 3. But along with Regis Chakabva’s 27 off 16 balls, it was significant enough to put Zimbabwe in a defendable position.

Logan van Beek struck in the third over for Netherlands, bowling captain Craig Ervine, who was attempting to back away from leg stump for a booming drive, for 10. Chakabva paid the price for trying one too many reverse shots to Bas de Leede’s medium pace and was given lbw in the fifth. Wessly Madhevere was next to go, sweeping a full toss from left-arm spinner Tim Pringle out to deep midwicket for 9 to make it 54 for 3.

But Williams and Raza came together for the biggest partnership of the match, adding 39 for the fourth wicket to get Zimbabwe back on solid ground. The stand finally ended when Williams heaved a half-tracker from legspinner Shariz Ahmad out to deep midwicket.

Van Beek returned in the 13th and was on a hat-trick a short time later during a double-wicket maiden. A one-handed swipe to the leg side by Milton Shumba produced a swirling top edge taken by wicketkeeper Scott Edwards. Raza crossed with the ball in the air and fell on the next delivery for 19 playing across the line to a back of a length delivery and was given lbw.

Zimbabwe only scored two more boundaries the rest of the innings, but both were struck by Ryan Burl to start and finish a pivotal 10-run over bowled by Fred Klaassen in the 17th. Burl was run out for 15 in the first ball of the 18th over, and the tail was wiped out a short time later with three balls left unused.

Madhevere trapped Netherlands opener Max O’Dowd heaving across the line for 12 in the third over of the chase before de Leede, the hero of semi-final win over USA, became Madhevere’s second lbw victim in the space of five balls. But Netherlands recovered well from 17 for 2 to speed along to 43 by the end of the powerplay thanks to Stephan Myburgh and Tom Cooper.

That was until chaos erupted in the seventh when Cooper was run out by a direct hit from short fine leg to the non-striker’s end for 9. After hitting two fours and three sixes during the powerplay, Netherlands did not find the rope again until the 17th over as spinners Raza and Williams strangled the run rate.

The mounting pressure finally burst in the 10th when Myburgh was pinned in front for 22 during a wicket-maiden for Raza. Another false sweep followed from Edwards in the 11th as he top-edged Williams to short fine leg for 7.

Raza then bowled Logan van Beek in the 12th for a third-ball duck before ending his spell with wickets on his final two deliveries, bowling Pringle for 4 and pinning Klaassen in front for a golden duck. Netherlands slid from 17 for 6 to 62 for 8.

A late burst of sixes from Paul van Meekeren and Teja Nidamanuru off Burl’s legspin in the 17th produced a 14-run over. But van Meekeren was dismissed by Jongwe two balls into the 18th for 10 before Richard Ngarava removed Nidamanuru in the next over to end the match.

Papua New Guinea defended a total of 97 to beat USA by five runs in the third place playoff at Bulawayo Athletic Club. USA needed 11 runs to win off 12 balls with three wickets in hand before captain Assad Vala struck twice with his offspin in the 19th. Chad Soper then speared a yorker into middle stump on the first ball of the 20th to bowl Yasir Mohammad for 16 to clinch a dramatic consolation win.
In the fifth place playoff, Uganda held on in almost identical circumstances, defending 102 to beat Hong Kong by four runs. Hong Kong needed six runs off three balls with four wickets in hand, but Cosmas Kyewuta bowled Zeeshan Ali for 26 and then removed Ehsan Khan first ball. No. 10 batter Aftab Hussain could only manage a single after entering to face the final ball. Jersey comfortably chased down a target of 141 with 26 balls to spare to beat Singapore in the seventh place playoff by six wickets.