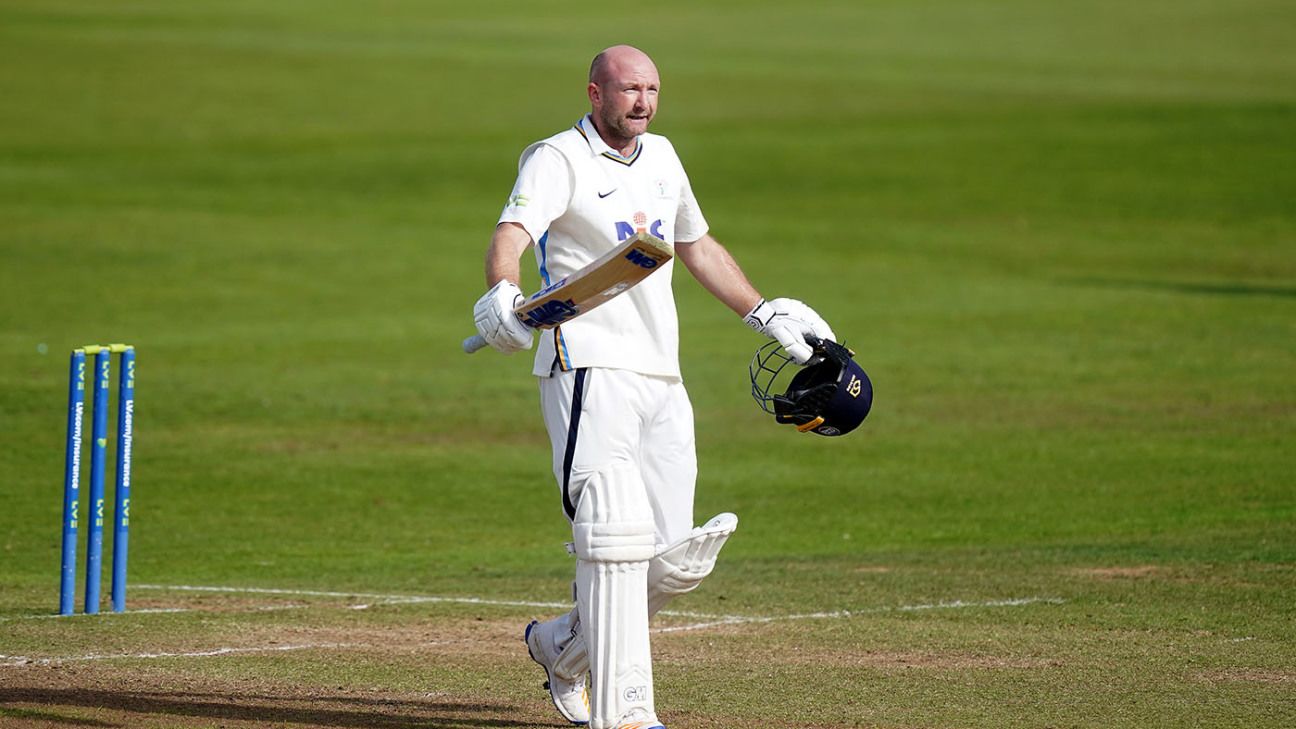 They know their history in Yorkshire. When Adam Lyth and Jonny Tattersall broke Yorkshire’s sixth-wicket batting record, prolonged applause burst across North Marine Road the moment that Lyth flicked the ball off his hip. Such momentous achievements have always been met by an outbreak of White Rose pride but these days there is a touch of defiance, too – a statement that the much-chastised County Championship is deep-rooted and forever worthy of protection.

Fortunately, by the time Lyth and Tattersall broke the record, the spectator vainly trying to come to terms with his new yellow-plastic rain-protector had decided that the risk of a shower had receded and removed it. He had become so entangled in it, failing to find the arm holes in several futile attempts, pulling it backwards and forwards over his head at various angles, that he would have found it impossible to clap.

As far as the main stage was concerned, it was less about contortions than skill and concentration. Lyth and Tattersall had logged 239 runs on the first day and they had extended that to 305 in 77 overs when Lyth pulled Conor McKerr to deep square leg to fall for 183, an innings that spanned nearly eight hours and his highest score in his home county. Tattersall, on his Championship return, was left with an unbeaten, career-best 180 as Tom Lawes took three quick wickets after lunch and Yorkshire were dismissed for 521.

But they are not yet on solid ground and Surrey, the Championship leaders, 191 for 1 at the close, will imagine that they have the batting prowess to put Yorkshire under pressure on the final day. Dom Bess can anticipate a heavy workload and the offspinner took the only wicket to fall when he drew Ryan Patel down the pitch with one that dipped and turned a shade and Tattersall completed a straightforward stumping.

There had still been life in the surface on a cloudy morning, for Dan Worrall in particular as he came down the hill, but Yorkshire’s attack rarely threatened. Rory Burns was calmness personified as he closed the second day on 93 not out. He was assured square of the wicket on both sides and his commitment to the long game was illustrated when he made only 10 runs in the last 12 overs of the day, from which he faced 33 balls. He had one moment of fortune, caught at first slip on 72 only to be reprieved because Shannon Gabriel, the West Indian quick who has joined Yorkshire on a short-term contract, had overstepped.
Considering the overpowering nature of Yorkshire’s cricket history, it is instructional to reflect that five of the highest batting partnerships for each wicket have been made this century. Holmes and Sutcliffe are famously there for their 555 for the first wicket at Leyton in 1932 – the world record that wasn’t thanks to a faulty scoreboard – and Geoffrey Boycott makes an appearance for his 10th wicket stand of 149 with Graham Stevenson at Edgbaston in 1982 when he memorably remarked, with a lopsided grin, that was down to “his brawn and my brains”. But there are many names of modern vintage – Jonny Bairstow and Tim Bresnan, Bairstow again with Joe Root. Lyth broke his own sixth-wicket record, too, a stand of 296 in league with Adil Rashid in the Old Trafford Roses match eight years ago.

For Scarborough to protect its place in history, however beloved it is, the ground must remain solvent. Crowds here have been a little above 3,000 on the first two days which are reasonable, but not entirely in keeping with the esteem in which the ground is held. A recent 10-year staging agreement with Yorkshire helps in an age when outgrounds are permanently under pressure but it is also ambitious to become an established centre for women’s cricket. Changes are afoot.

The very thought will have been enough to leave Yorkshire traditionalists on red alert because they routinely insist North Marine Road is perfect and want no messing with their memories. The last time it was suggested the place needed a revamp, a Yorkshire supporter on the wooden-benched banking took umbrage on Look North and countered: “You don’t need a sofa to sit on”.

Rest assured there are no unwelcome fripperies in a £500,000 upgrade. The first two phases – improved toilet facilities, better communications and new practice net facilities – are largely completed. The final phase, subject to planning approval, is a refurbishment of the incongruous West Stand, which will have new seating and a new ground-floor frontage which will also house a heritage museum and improved catering facilities – or, as they are known these days “innovative places to linger”.

Scarborough is also an unusual place to linger for Clean Slate Filmz, Yorkshire’s main sponsor, which is making a biopic of Jhulan Goswami, the great champion of India women’s cricket, in September.

Also attracting interest was Yorkshire’s 2nd XI match against Derbyshire at Chesterfield where Gary Ballance is continuing a low-key return to action after missing the bulk of the season with mental health issues. Ballance has made back-to-back hundreds so it appears from afar that he is feeling his way back successfully. He is one of seven people charged – and the only current player – by the ECB after their investigation into Azeem Rafiq’s racism allegations. There is no regulation that stops Yorkshire selecting him, but there is no suggestion that any 1st XI return is imminent and that seems to be the most sensible approach.
Yorkshire’s fast-bowler injuries are also relenting. Ben Coad is also involved the 2nd XI fixture, although he is following a programme of limited workload and has yet to bowl, and Matthew Fisher has not given up hope of a match or two at the back end of the Championship season. He has been undertaking fielding drills during the lunch interval on the last two days as he recovers from a stress fracture.