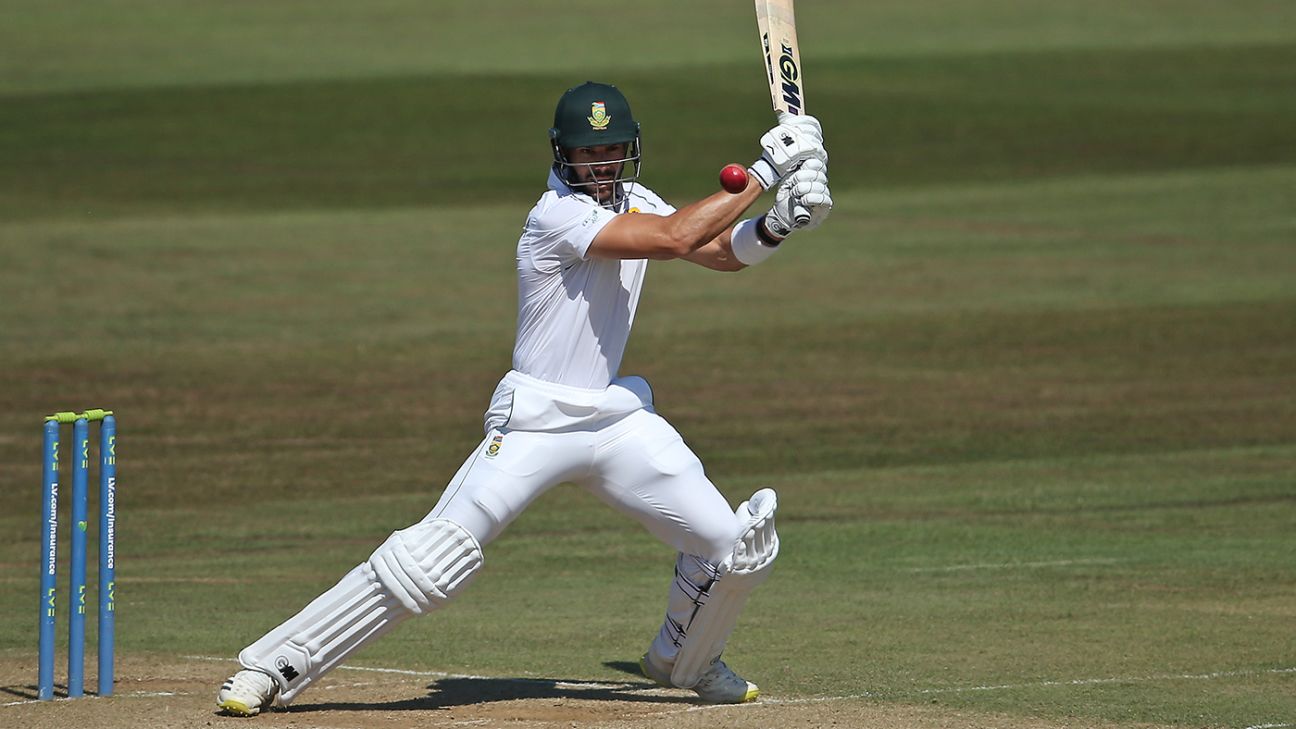 Not so long ago, there were doubts over Aiden Markram‘s place in the South African Test XI. His struggles – largely as opener – had become so profound that a batter once tipped to be the next big thing spent large portions of the last 12 months averaging about 10 runs an innings.
South Africa were unwilling to let one of their prized assets go by like that. So the coach Mark Boucher decided to push him down the order. T20 cricket proved that the experiment was worthwhile – to the point that the player is confident of his place in the upcoming World Cup. And now, batting at No. 4 in first-class cricket, Markram made the highest score out of the South African line-up in the tour game against England Lions in Canterbury. He came in to bat with his team 20 for 2 in the fifth over, trailing by 253 runs, and made and unbeaten 88 off 169 balls. It wasn’t enough to ward off defeat but it does put the team in better stead going into the first Test at Lord’s on August 17.
The England Lions’ performance mirrored the senior side under Brendon McCullum as they piled up a first-innings total of 672 at nearly a run a ball. And as pleasing as that must be, Craig Overton picking up a five-wicket haul in the first innings and the returning Ollie Robinson finishing with 3 for 29 in 11 overs in the second innings will be significant as well. Both players may well be fighting for the third seamer’s spot in the Test XI – currently held by the English summer’s biggest find Matthew Potts.
South Africa may yet be pleased with their work in the warm-up game. Their lower-middle order bailed them out from a position of considerable strife, taking the score from 129 for 5 in the first innings up to 433 with Khaya Zondon (86) Rassie van der Dussen (75), Kyle Verreynne (62) and Marco Jansen (54) contributing heavily. Their crumbling in the second innings does raise a concern about the top order though. They were five-down for 100-odd again only this time there was no counterattack. Markram, who had earlier picked up a six-for with his offbreaks, found a way to survive but the rest crumbled; bowled out for 183. Robinson picked off three of the top five while 23-year old Derbyshire seamer Sam Conners ran through the tail, finishing with a four-for of his own.