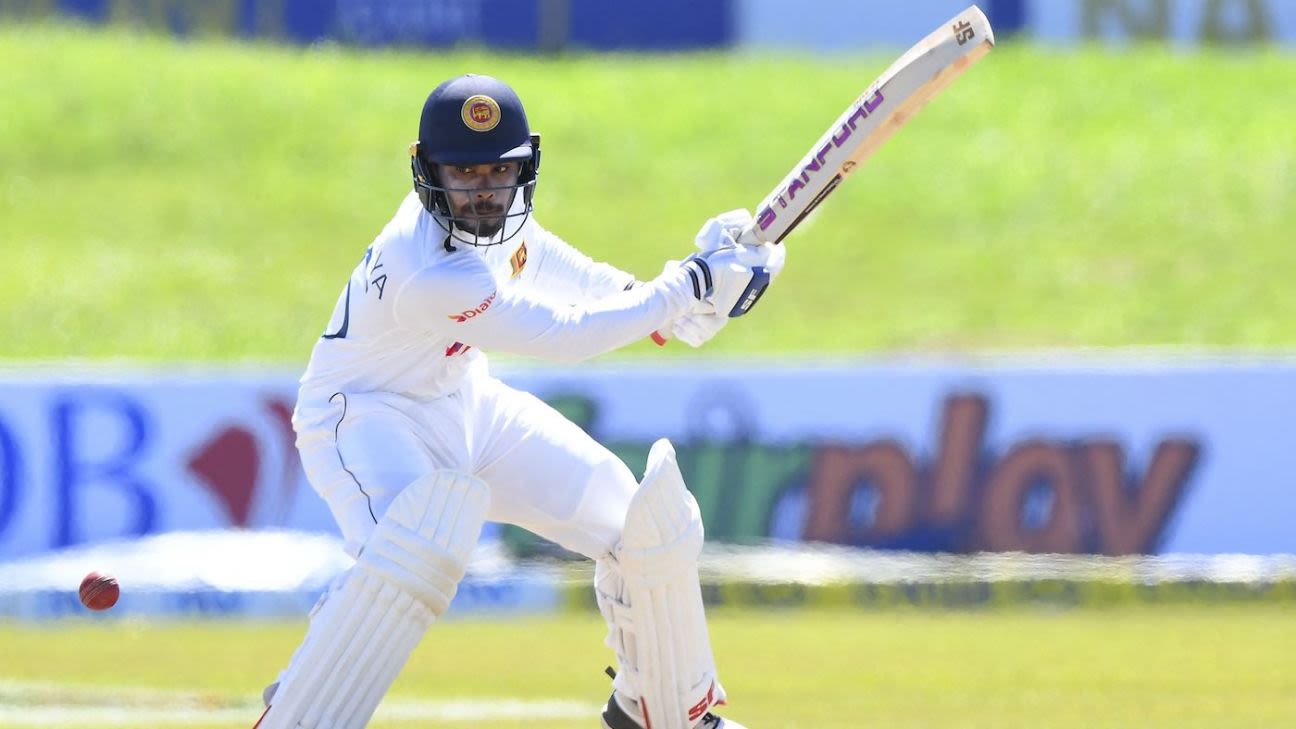 Sri Lanka won the toss and opted to bat in the first of two Tests against Pakistan, in what is now a tried-and-tested move in Galle, where the pitch is expected to take progressively more turn as the match wears on.

Dimuth Karunaratne said as much at the toss, explaining that with spin expected to play a major role in the game later on, the plan was to set a challenging first-innings total when the conditions would be at their best for batting.
In terms of team news, Sri Lanka have made two changes from the side that beat Australia just over a week ago. Pathum Nissanka missed out, as he’s still recovering from Covid-19. He was replaced by Oshada Fernando. Kamindu Mendis, meanwhile, is unlucky not to keep his place after an impressive outing against the Australians with the bat on debut, with Dhananjaya de Silva returning to the side after recovering from Covid-19.
For Pakistan, there’s a debut for middle-order batter Agha Salman. They have also opted to stick with their strength, going with a three-pronged pace attack. Yasir Shah is likely to handle most of the spin-bowling burden.