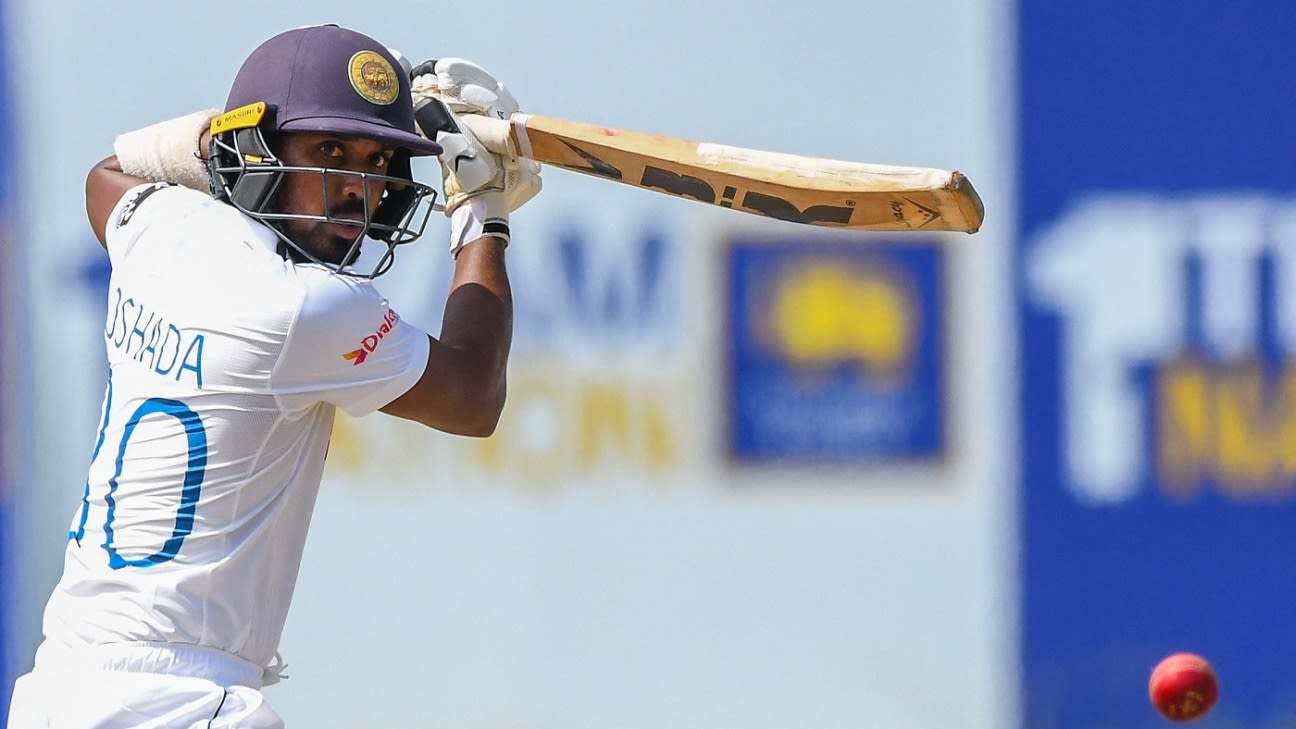 Twenty-one wickets had fallen across the first two days of this first Test in Galle. On a pitch clearly taking big turn, though, Kusal Mendis and Oshada Fernando took advantage of some indisciplined spin bowling from Pakistan to produce the best batting session of the game so far.

Oshada had moved to 64 off 123 deliveries by lunch; Mendis was on 45 off 88. Together, the pair had put on 91 for the third wicket, having come together at the start of the third over of the day. Sri Lanka’s take for the session was 96, for the loss of just nightwatcher Kasun Rajitha.

Pakistan’s spinners beat the bat frequently, but Sri Lanka’s batters refused to follow the balls that took off from a length, and were instead happy to wait for the wayward deliveries, which came too frequently. Mendis, in particular, enjoyed the back-foot strokes, going deep in his crease to cut behind point, or shovel the ball into vacant areas in the midwicket region.

Each of his five boundaries came behind square: two off cuts, two off conventional sweeps, and one edge off Hasan Ali past gully.

Oshada, meanwhile, was more comfortable using his feet. He would shuffle down to find singles either side of the pitch, but would occasionally venture the aggressive strokes too. Roughly halfway through the session, he ran at Yasir Shah, and lifted him high – into the sightscreen. A few overs later, he would come forward to hit another boundary off the same bowler, this time all along the ground.

Where Yasir had been effective in the first innings as Sri Lanka played their shots against him, this pair was willing to exercise patience, letting plenty go, and defending – usually on the front foot – until the shorter ones came. Mohammad Nawaz, who had dismissed Rajitha with the slider in the second over of the day, seemed the likeliest of Pakistan’s bowlers to break through, but by the end of the session, he was being played with comfort as well.

Neither Shaheen Afridi nor Hasan could find any reverse swing yet. Though perhaps they, and Naseem Shah, will go hunting for it after lunch.