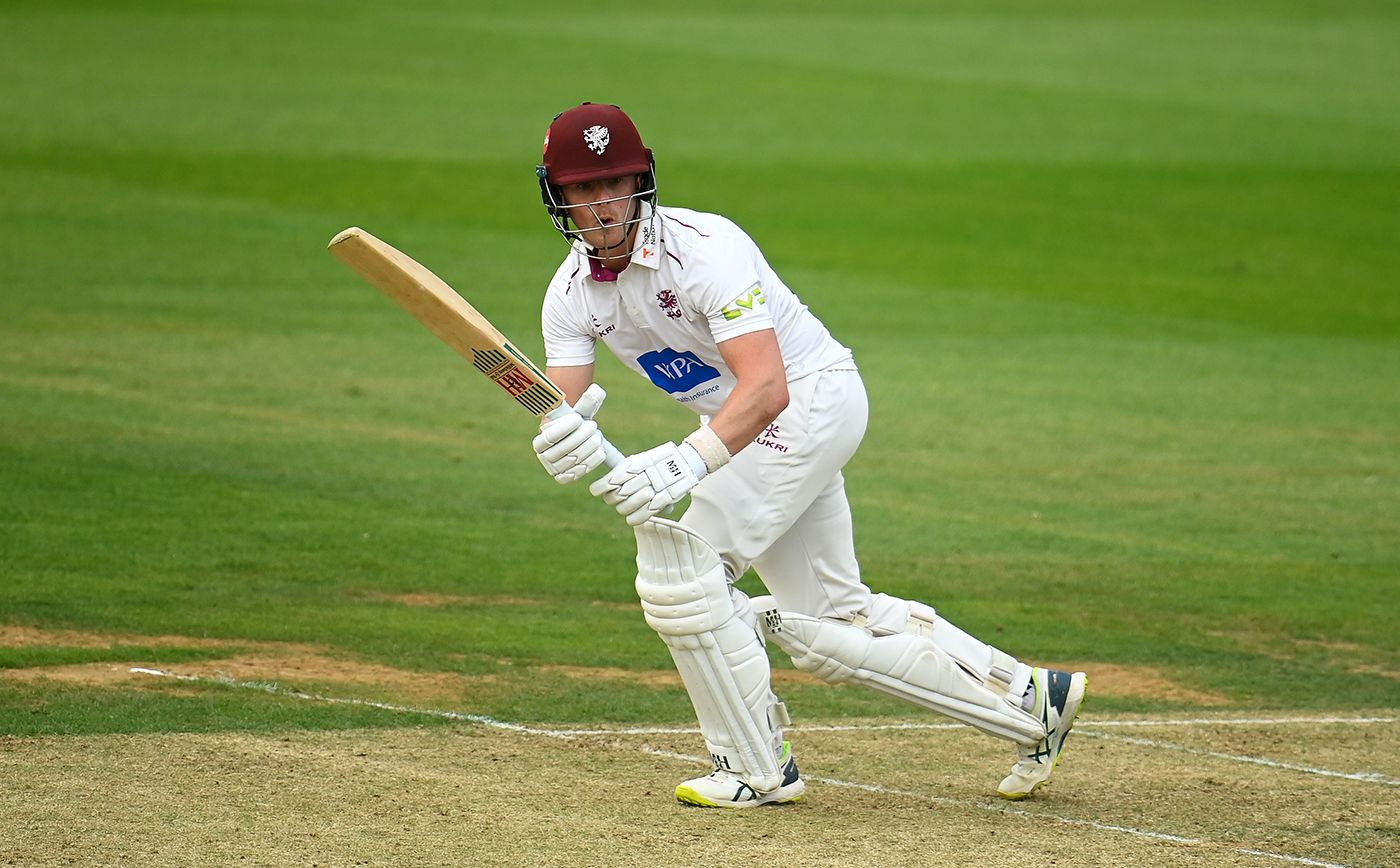 Somerset plodded their way into total control against Warwickshire on the third day of their LV=Insurance County Championship Division One relegation battle at Edgbaston.

The visitors closed the third day on 277 for 4 – 300 ahead – to virtually insure themselves against defeat heading into the last day of this crucial game.

On a pitch which remained slow but lost its menace, Somerset, led by captain Tom Abell‘s obdurate 87 from 173 balls, batted through the day for 264 runs in 101 overs. Supported by Tom Lammonby (40 in 170 minutes) and George Bartlett (91 not out, 209 balls), the skipper lifted his team into a position whereby they have it in their power to simply bat Warwickshire out of the game.

It was another tough day for the home side, who took just two wickets in three sessions. They must now lift themselves to bat well enough on the final day to avoid a defeat which would severely damage their prospects of survival.

After resuming on 13 for 2, Somerset settled straight into the slow lane, Lammonby and Abell adding 55 runs in 36 overs in the morning session. At one stage, one run arrived in seven overs while Lammonby went 11 overs without scoring.

It was gritty stuff, not easy on the eye but a totally understandable approach in the match situation. Warwickshire’s hopes of an early clatter induced by India internationals Mohammed Siraj or Jayant Yadav were thwarted as the pitch blunted the pace of the former and offered only very slow turn to the latter.

The second-wicket pair added 79 in 41 overs before Lammonby edged Olly Hannon-Dalby to Rob Yates at slip. Bartlett seamlessly took up the cudgels of caution and settled in alongside his captain while Warwickshire skipper Will Rhodes shuffled a bowling attack that plugged away nobly to ensure that runs at least never came quickly. The fourth-wicket stand was worth 72 in 25 overs when Abell’s 246-minute vigil ended when Danny Briggs turned a beauty onto his off stump.

Again, home hopes of one wicket bringing two were in vain as Lewis Goldsworthy added his application to the collective diligence. Bartlett and Goldsworthy put up a century stand in 202 balls and were still there together to resume in the morning having so far added 121.