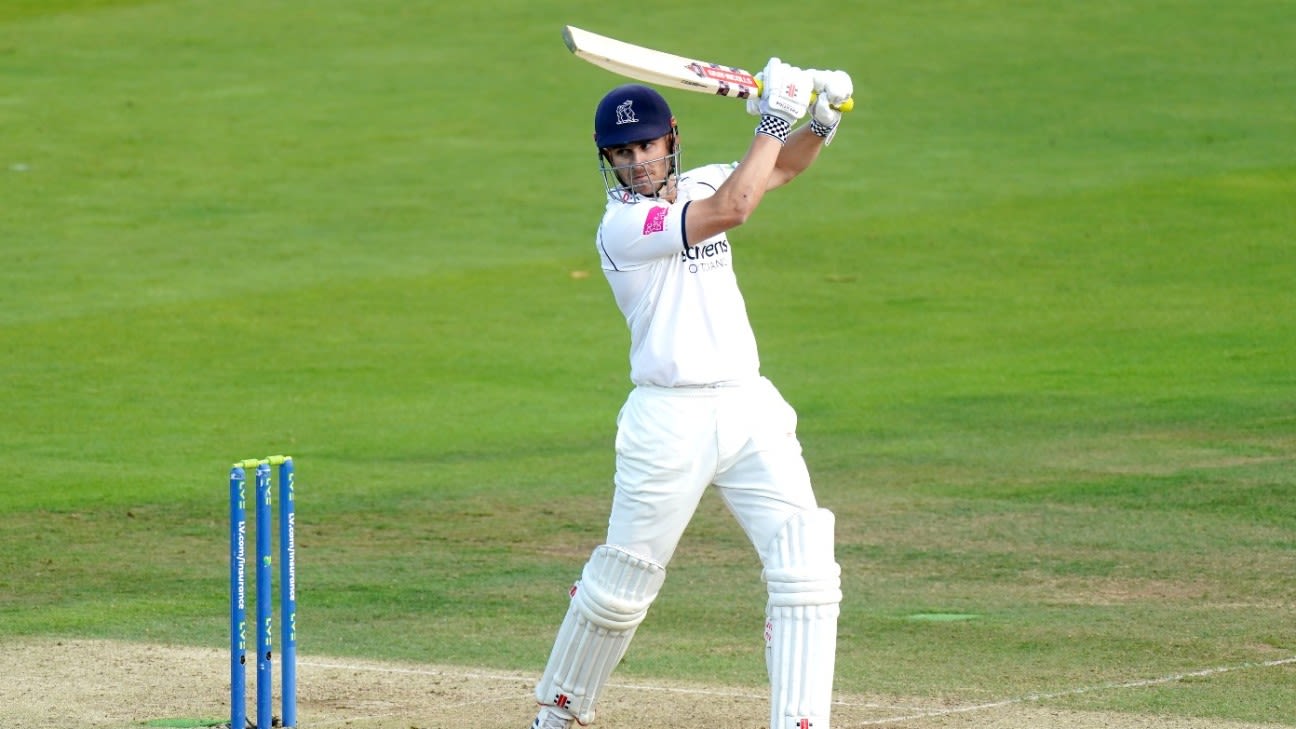 Defeat for either side from this game would leave them in serious jeopardy of relegation and that pressure has hung heavy on the batters on a slow pitch against some good bowling.

After two days it’s advantage Somerset, just, after they rallied from 82 for seven to reach 219 and then bowled the home side out for 196 as 38-year-old Brooks took four for 40 including a spell of four for seven in 27 balls. The visitors closed the second day on 13 for two in their second innings – 36 ahead.

Somerset were given something to bowl at by lower-order resistance led by Lewis Gregory (60, 97 balls) and Sajid Khan (53 not out, 64) despite Mohammed Siraj’s debut five-for (five for 82). At 141 for four in reply, Warwickshire were edging towards ascendancy but Brooks stepped up with a blistering spell. His blitz included the vital wicket of Sam Hain who passed 1,000 first class runs for the season on his way to 67 (166 balls). Hain defied valiantly but, as has often been the case this season, lacked support.

Somerset resumed on the second morning on 182 for eight and lost Gregory to the fourth ball when he edged Siraj behind but last pair Khan and Brooks added 37 to lift the total beyond 200. Khan completed his fourth first-class half-century before Brooks skied Henry Brookes to point.

Somerset then took their momentum into the field and reduced Warwickshire to 22 for three in the 14th over. Josh Davey struck third ball when Rob Yates nicked to wicketkeeper James Rew. The keeper accepted further catches when Alex Davies and Dominic Sibley edged Gregory.

Hain and Will Rhodes (38, 99 balls) steadied the innings with a stand of 73 in 29 overs before Rew’s gloves closed on another catch, tickled down the leg side by Rhodes off Kasey Aldridge. While Hain and Jayant Yadav were adding 46 either side of tea, the game remained evenly poised, but both fell in Brooks’ blistering burst. Jadav and Michael Burgess were bowled through gates, Hain was adjudged lbw and Brookes edged to slip.

After Danny Briggs and Olly Hannon-Dalby had their furniture rearranged by Aldridge and Davey respectively, Somerset had a lead of 23 with eight overs to bat in the day. Warwickshire needed to hit back…and did, Siraj having Imam-ul-Haq caught at second slip and Yadav turning one into Aldridge’s stumps. Somerset still have their noses in front but where this tense, intriguing, low-scoring, high-stakes contest goes next, who knows?