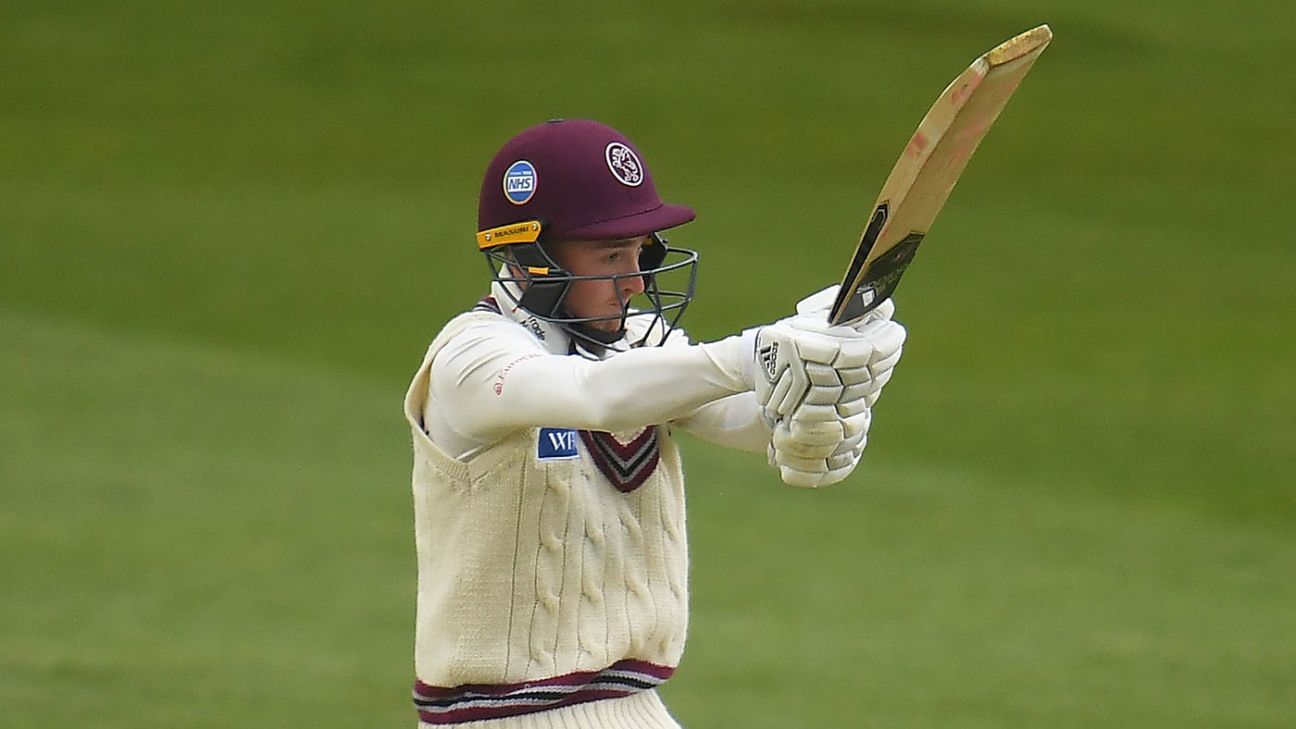 You could argue the pandemic has taught us to treasure occasions like this; you may blithely insist a four-year absence was always likely to sharpen appetites; or you might simply maintain it was love of the game, a concept both vague and easily identified, that caused people to stream into Trafalgar Road in the hour before play, as Lancashire versus Somerset prepared to get underway this morning.

What you could not doubt, though, was the appreciation shown for every good thing by the spectators that packed even the corners of this proud ground, sitting or standing six deep on the mound below the scoreboard. And let it be noted that never was the applause louder than three overs before the close, when Lewis Goldsworthy cover-drove George Balderson to the railway boundary and thus reached his maiden first-class century with his fifteenth four.

There are places where the achievements of opposing players are greeted with grim expressions and perfunctory applause, if that. Southport is not amongst them. This may have been a parochial crowd – nothing wrong there, of course – but it was never rudely provincial. That would have disfigured the day and people wanted to remember it for better reasons. And not the least of them was the sustained applause that paid tribute to John Gwynne, who reported on darts, football and cricket in a long journalistic career and was lately Lancashire’s public address announcer.

Gwynney, whose death was announced on Saturday, would have loved this day, and for all his marrow-deep Lancastrian loyalty, he would have enjoyed interviewing Goldsworthy and sharing the young cricketer’s joy. The latter emotion was very evident when the 21-year-old answered the questions of other journalists and it became clear this was a day he will remember for as long as he plays cricket, and then for decades after he retires. “It’s a lovely place to play – I’ve never been here before,” he said. “The crowd were brilliant and the sun was out – it was a beautiful day and I’m really proud.”

Goldsworthy’s pleasure is justified in spades. For all that he stroked some fine boundaries in front of the wicket, his innings was notable for a sound defensive technique and for some skilful deflections behind the wicket off all Lancashire’s seamers. And what made his pleasure all the deeper was that he had shared most of his day with James Rew, an England Under-19 batter almost three years his junior with whom he put on 145, thus establishing a new fifth-wicket record for Somerset against Lancashire, thereby eclipsing the mark set by Sammy Woods and Henry Martyn at Taunton in 1905. Rew was making his County Championship debut and we were wondering whether he, too, was set for a century when he clipped a half-volley from Will Williams straight to Tom Bailey and departed for 70.

“It was a great knock from James on his debut – the calmness he showed was brilliant,” Goldsworthy said. “I’m in the infancy of my career too so we were both talking to each other and it was a pleasure to be out there with him.”

At the same time, Goldsworthy and Rew had to do a lot of hard work before they could enjoy the reward of that labour. For two and a half hours Lancashire’s bowlers made light of losing the toss and dominated the game. Twice in his first five overs, Tom Bailey slanted the new ball skilfully across Steve Davies and Matt Renshaw but neither left-hander covered the bounce and Rob Jones pocketed the chances at slip, Renshaw’s at the second grab. Tom Lammonby and George Bartlett then put on 60 and Lammonby’s straight driving was one of the relatively few joys of the morning for the Somerset supporters who draped a flag with a wyvern rampant on a garden fence at the Harrod Drive End. Six hours later, of course, it captured the mood of the day.

The morning, though, was Lancashire’s. Twenty minutes before lunch Dane Vilas, who is keeping wicket in the absence of Phil Salt, called on the left-arm spin of Jack Morley from the Harrod Drive End. Morley’s second ball was well-flighted, its loop almost disgracefully seductive. Bartlett played over the top of it and was yorked for 27 by a ball travelling at something like 45mph. Half an hour after lunch Lammonby played defensively across the line to a delivery from Williams but his stroke was as lazy as the afternoon heat. The ball thudded into the heart of the pad and James Middlebrook sent the left-hander on his way for 47.

The cricket and those watching it drifted into the heart of the day. Improbable stories were told of couples spending their honeymoon in Roland Butcher’s holiday flat. We waited for wickets to fall, for Somerset’s youngsters to be bamboozled by the skill of Bailey and Luke Wood. When he had made 18, Rew was dropped at slip by Luke Wells, a sharp chance off Morley. Some thought it didn’t matter. They were wrong. Somerset’s young batters grew in authority and now this warm day in Birkdale will be memorable for the innings of Goldsworthy and Rew and for the life of John Gwynne. And since Goldsworthy is the most courteous of fellows, he will not mind if this report ends with a recollection of a fine sports reporter and a lovely bloke.

Ever a man of the people, Gwynne loved outground cricket and covered several matches at Trafalgar Road in the era when Lancashire’s visit was an undisputed annual ritual. One year he was asked to report on a match for BBC radio through the day, before doing a piece to camera on the regional evening news programme Look North. Gwynne decided to change into a suit for his TV appearance but it was the 1970s and he had gone in for one of the colourful, wide-lapelled numbers that were sadly fashionable at the time. Just prior to going on air, the gaudily dressed Gwynne entered the press tent. “Bloody hell, Gwynney,” exclaimed Neil Hallam of The Daily Telegraph “I didn’t realise you were on Come Dancing.

Paul Edwards is a freelance cricket writer. He has written for the Times, ESPNcricinfo, Wisden, Southport Visiter and other publications