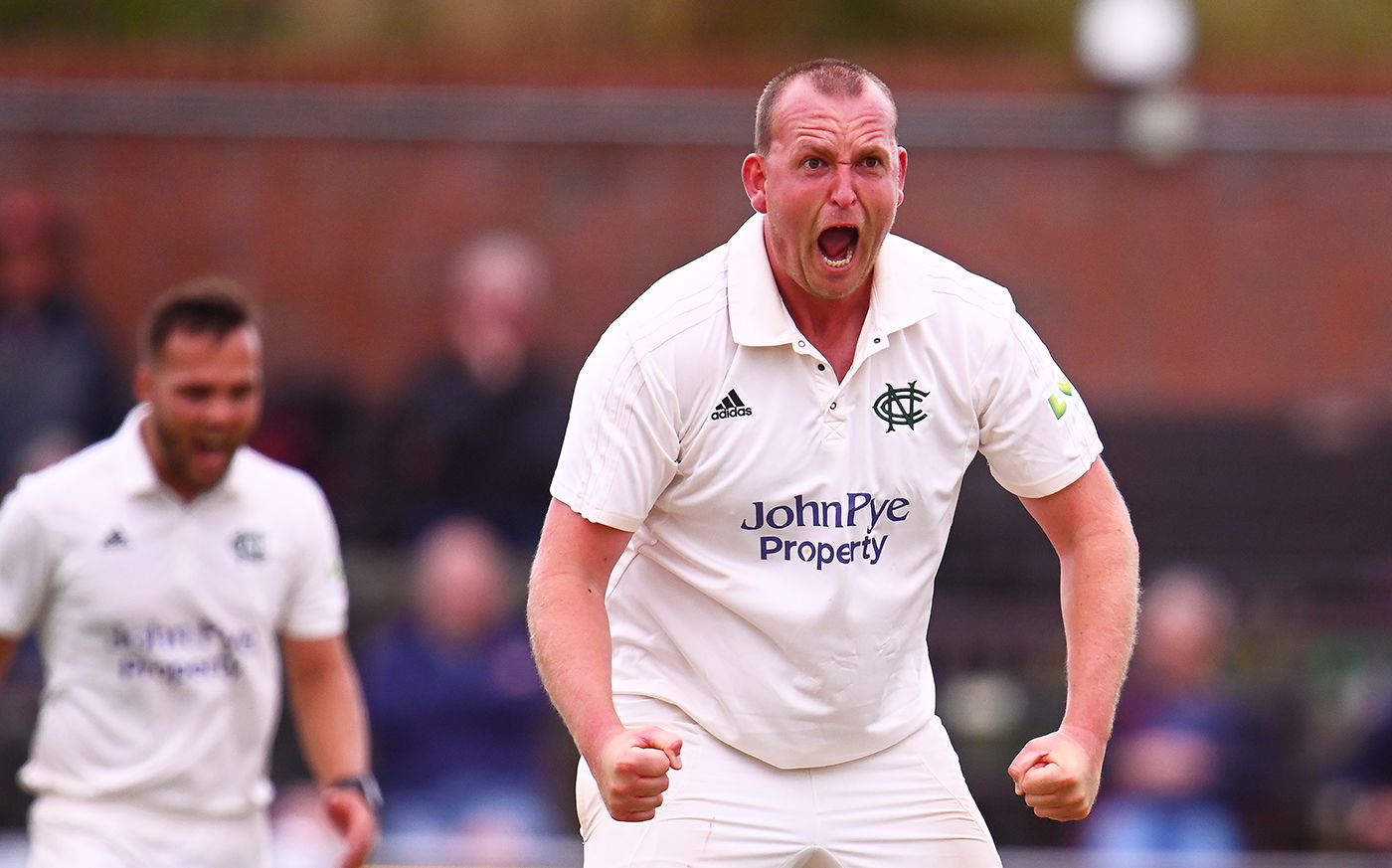 Division Two leaders Nottinghamshire are in a strong position with a lead of 123 after 20 wickets fell on the opening day of their LV= Insurance County Championship match with bottom-of-the-table Leicestershire.

On a difficult batting surface, Nottinghamshire were bowled out for 201, losing their last eight wickets for 118 as they collapsed from 83 for two just after lunch, Chris Wright and Ed Barnes taking three wickets each. But Leicestershire found conditions no more to their liking, dismissed for just 93 in reply. Nottinghamshire are 15 without loss in their second innings.

Luke Fletcher took 4 for 23 with opener Sam Evans carrying his bat for exactly 50 as the only Foxes batter to make double figures as Nottinghamshire made light of the absence of their Australian quick James Pattinson, who was granted an early release from his contract last week.
Matthew Montgomery, in for Ben Duckett after the left-hander was added to England’s third Test squad, top scored for the home side with 43 after being dropped on 1 – one of three slip catches put down in the innings, all by Rishi Patel, who held two others.
Leicestershire were without key allrounder Wiaan Mulder – picked as cover for England’s opponents South Africa – and England under-19 legspinner Rehan Ahmed, who is injured. They also left out allrounder Ben Mike after his decision to join Yorkshire at the end of the season in favour of 26-year-old left-arm seamer Michael Finan – signed on a two-year contract last month despite never having played a senior match.

Wright dismissed both Nottinghamshire openers in his first five overs. Haseeb Hameed, having got off the mark with a beautiful drive to the extra cover boundary, edged to first slip before the left-handed Ben Slater was bowled not offering a shot.

With the ball doing plenty, it was tough going for Nottinghamshire, who would have been 26 for 3 had Patel not dropped Montgomery off Barnes at first slip.

Joe Clarke, for whom form has been elusive much of the season, took 32 balls to get off the mark but he and Montgomery guided Nottinghamshire to 82 for 2 at lunch. Yet after appearing to have weathered the storm, Nottinghamshire found themselves back in its grip from the start of the afternoon session.

Barnes brought one back sharply to have Clarke leg before, picked up a second wicket as Montgomery played a loose shot to backward point and Lyndon James, missed at first slip on 4, edged Wright low to second slip.

Roman Walker struck twice as Tom Moores was taken at third slip and Liam Patterson-White – dropped on 15 – offered a low return catch. Steve Mullaney was leg before to a full, swinging ball from Barnes.

Brett Hutton nicked to the keeper off Callum Parkinson’s left-arm spin and Dane Paterson lasted just long enough to claim Nottinghamshire a batting point before he holed out to deep midwicket to give Finan a wicket on his first-class debut.

It was Nottinghamshire’s lowest first-innings total of the season, yet it looked handsome indeed as Fletcher tore through the Leicestershire top order.

After Hassan Azad was caught behind off one that left him late, Fletcher sent Louis Kimber’s off stump cartwheeling, had Colin Ackermann caught at third slip and swung one back into Patel’s pads as the visitors reeled at 32 for 4, which quickly became 33 for 5 as Harry Swindells was trapped in front by Paterson.

Hutton made his mark as Barnes was leg before trying to work one off his pads and dismissed Walker via a fine catch by James at third slip. Parkinson nicked Paterson behind – the South African’s 100th first-class wicket for Nottinghamshire in just 22 matches – before Wright chipped Hutton to mid-on.

Finan survived just long enough for Evans to complete his half-century – a remarkable effort in the circumstances – off 71 balls, but was bowled shouldering arms to Patterson-White four balls later.