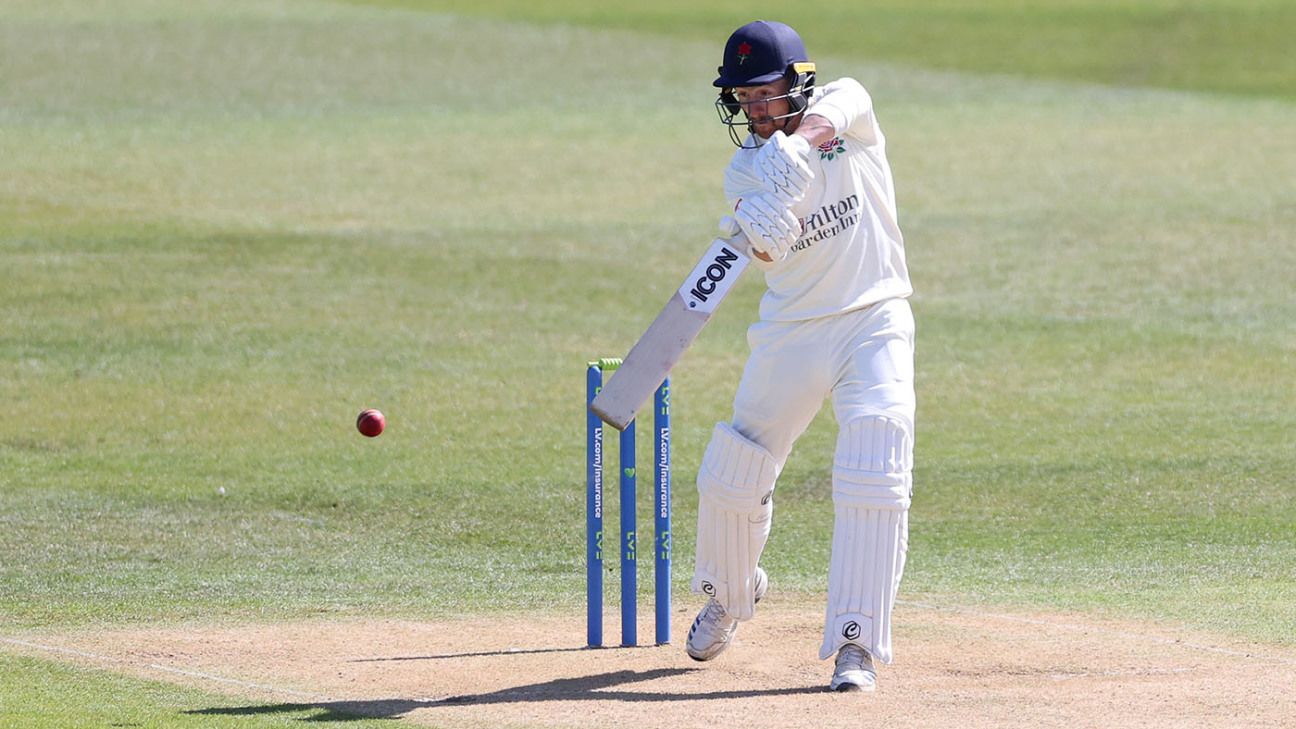 Lancashire endured a day of fluctuating emotions as the realisation dawned that only victory against Northamptonshire would keep their Championship challenge alive. They lunched like kings, took tea like paupers, and by the time the third day closed with the pavilion clock showing five to eight, they were in such a mental whirl they would only have taken their seat at a banquet in the hope that they might be lucky enough to get the wishbone.

Facing a target of 278 for victory, the largest score of the match, there was no better time for Josh Bohannon to rediscover form with an unbeaten 92 from 151 balls. Roughly half his Championship runs had been made this season in a single match against Gloucestershire at Old Trafford, 231 of them which brought excited Red Rose predictions that he had underlined his England credentials. But then the season went all Ctrl+U on him and the underlining vanished as his season never really took hold. A matchwinning hundred would go a long way to addressing that.

With the top two, Surrey and Hampshire, both poised for wins of their own, Lancashire probably need five victories in a row, including this one, to have a realistic chance of making a successful title surge. If they can just stay in touch, they finish the season with Surrey’s visit to Old Trafford. But that’s for then, this is now – and the first task is to find a further 86 runs on the final day in Northampton with five wickets remaining. It will not be easy because there is some seam and spin to be had on a slow but dusty surface. Bohannon is unlikely to sleep easily.

Ben Sanderson gave Northants a slight edge as the shadows began to lengthen, bowling both Steven Croft and Dane Vilas, the latter inhibited by a finger injury, in his final spell of the day. They were identical deliveries as he brought the ball back to bowl them on the back foot, Lewis McManus’ decision to stand up to the stumps a contributory factor. The nightwatchman, Matt Parkinson, asked to survive 5.4 overs, made nought, and a second nightwatchman duly appeared.

Both Lancashire opening batters had left the crease in the belief that they had got a nick on the balls that resulted in them being ruled lbw. Keaton Jennings departed after the politest of pauses whereas Luke Wells indulged in a bit of a bat-juggling episode which will doubtless find disfavour. Replays did not provide conclusive evidence in their favour. If there was bat involved, it appeared to come second. When Croft out to bat, he had not even marked his crease before the umpires engaged him in meaningful conversation.

Bohannon was imbued with positive intent from the outset, his willingness to drive the new ball unaffected by several play-and-misses. This time, fortune favoured him and he quickly grew in authority, finding Rob Keogh’s offspin particularly inviting. Lancashire’s late crash of wickets forced him to close the shutters for the final half-hour.

Lancashire have been up against it ever since they were dismissed for 132 first time around and conceded a first-innings lead of 103. But an overcast morning had brought rich rewards as Northants lost six wickets for 50 to reach lunch at 75 for 7.

Tom Bailey got the fifth ball of the morning to nip back sharply and dismiss Will Young lbw, and later added Luke Procter as he edged another seaming delivery to first slip. Emilio Gay, tall yet virtually strokeless, clung on for two hours in making 17 before Luke Wood’s inswinging yorker struck him on the boot. Bailey returned for a second spell before lunch, knocking out Lewis McManus’ off and middle stumps and then entirely befuddling Tom Taylor who imagined himself charging down the wicket to devastating effect only to fall prey to an excellent slower ball.

Northants then struck back with a vengeance. Lancashire’s three pace bowlers were tiring, the short-term India signing, Washington Sundar, found limited turn and the leg-spin of Matt Parkinson, which had been thrashed for 38 in five overs in the first innings, was not trusted by Lancashire’s stand-in captain, Steven Croft, even though there was turn to be had. The continued absence of Dane Vilas because of a damaged finger also had a detrimental effect for Lancashire as the substitute fielder, George Lavelle, took the gloves with mixed success.

Simon Kerrigan, who began his career with Lancashire, was dropped on eight by Lavelle off Will Williams, and then endured a short-pitched assault from Luke Wood who struck him on both hands as he made room to the leg side. Some plucky carves over the slips followed, but at least Lancashire could console themselves that later he might not be able to spin it. When Lavelle palmed aside another chance from Kerrigan a second time, it proved only to cost four runs as Luke Wells held a catch at first slip that had been knocked on to him by Rob Jones at second.

Ryan Rickleton was left unbeaten on 59. The South African was only signed by Northants for two Championship matches and made hundreds in each of them, against Warwickshire and Kent, but he negotiated an extended stay and this was another assured innings. The best county overseas signings are often among the least celebrated.