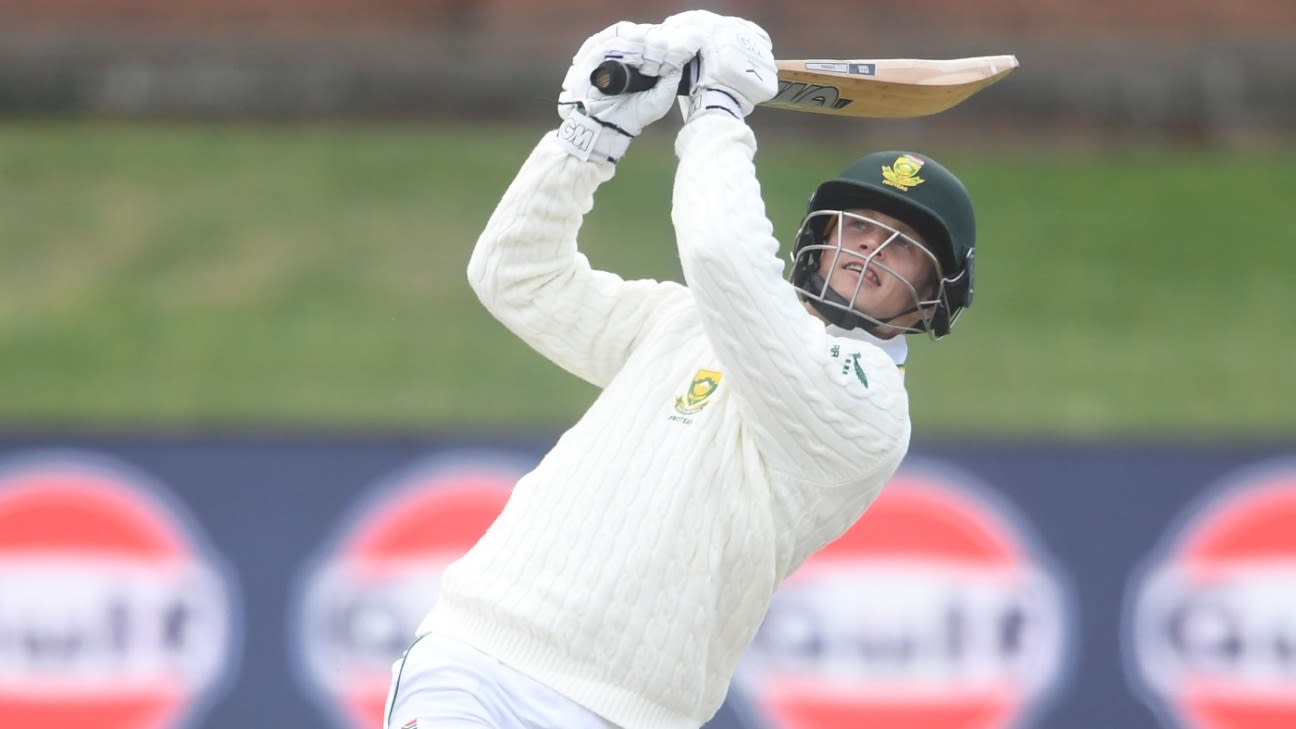 A tense final day could be in store in the LV= Insurance County Championship at Canterbury, where Northamptonshire lead Kent by 252, having reached 284 for 5 at stumps, aided by an unbeaten 101 from Ryan Rickelton.
On a see-sawing day at the St Lawrence, Kent were all out for 335, adding just 48 to their overnight score for a modest lead of 32. Jack White took 4 for 62 and Ben Sanderson 4 for 63, while Jordan Cox was the top scorer with 72.
The hosts then reduced Northamptonshire to 64 for 3, but a stand of 158 between Rickelton and James Neesham batted them out of immediate danger.

Neesham’s 91 came from just 100 balls and having started day three as underdogs, Northamptonshire now look a strong bet for at least a draw against their Division One relegation rivals.

The hosts had ended day two eyeing a substantial lead after closing on 287 for 5, but Northamptonshire mopped up their final five wickets in little over an hour.

Cox was the first man to go, having added just nine to his overnight score of 63 when he left a straight one to White and was bowled.

George Linde then edged a Sanderson delivery through the slips for the four that put Kent in the lead but it was his only scoring shot as he nicked the same bowler behind in his next over.

Grant Stewart went for a blink-and-you’ll-miss-it 7, hooking Sanderson to White at fine leg and when Sam Billings edged White to Ricardo Vasconcelos at first slip for 44, he repeatedly jabbed his bat into the ground in frustration.

Showing little faith in the No. 11 Matt Quinn, Matt Milnes then holed out to Sanderson and was caught by Josh Cobb for 4.

Northamptonshire slashed Kent’s lead to five by the lunch interval, but they lost Emilio Gay soon after, when he got a leading edge to Stewart and was caught by Ben Compton.

Stewart then snared Vasconcelos, who was the victim of a tumbling catch by Billings for 19 and with Luke Procter suffering from a foot injury, Rob Keogh was the next man in. When he was given out caught behind for 13, trying to hook Daniel Bell-Drummond, Nothamptonshire were in deep trouble but Rickelton and Neesham turned the game with a stand that lasted more than two hours.

While Rickelton paced himself, Neesham thrashed his way past 50 before eventually getting caught and bowled by Joe Denly nine runs short of a debut hundred.

Josh Cobb then came in for a quickfire innings of 26, which ended when Zak Crawley held a sharp slip catch off Linde, before Rickelton reached three figures just before the close with a straight drive off Stewart for 2 and while all results remain possible, the visitors will be far happier at the end of day three than they were at the start of it.